Lukasz Warzecha on how to take better adventure photos 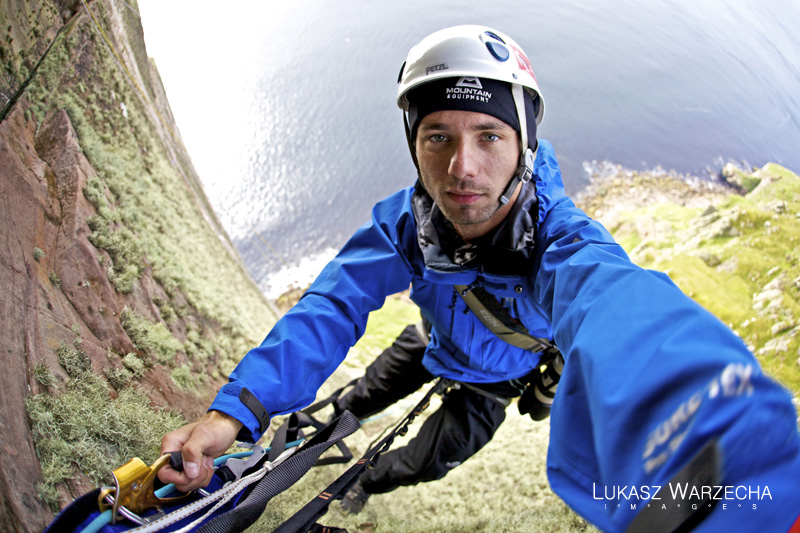 LUKASZ Warzecha took 60 flights in the last two years and all in the name of adventure.

He’s been flying all over the world shooting climbing, skiing, mountain biking; in short, if it’s an adventure sport he’ll photograph it. We asked him to share his tips…

Q: Which came first climbing or photography?
Lukasz: “I used to climb a lot and at a pretty high standard. My passion for photography came out of my original passion for climbing and mountaineering. I was going to all these places and I really wanted to share the experience with others. Cutting a long story short, one day I had a serious climbing accident and after that I started focusing more and more on photography. I did a National Diploma at Thames Valley University. It was an eye-opening course. I spent a lot of time at the campus making the most out of the facilities. I learnt a boat load there.”

Q: Other than climbing, what other kind of ‘adventures’ do you photograph?
Lukasz: “I photograph most of the mountain sports… skiing, fell running, mountain biking. Personally, I absolutely love skiing. I just love the freedom and speed.”

Q: If you had to choose climbing or photography, which would you choose?
Lukasz: “Photography! I love what I’m doing. I have so much variety. I’m lucky to be able to shoot all sorts of climbing related activities, like the Ice Climbing World Cups, traditional rock climbing in wild and remote places. I’ve even photographed Reinhold Messner at the Royal Geographical Society. Plus I still get to hang out with the world’s best climbers!” 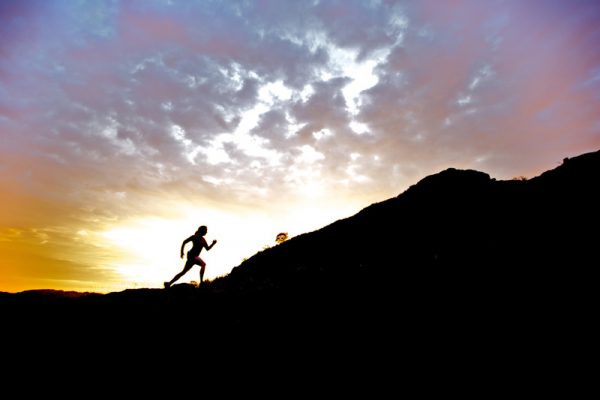 Fell runner captured by Paul Diffley at the Autumn workshop

Q:What’s been your most dangerous moment to date?
Lukasz: “Classics really… I was jummaring (ascending the rope) back to the surface out of the ice mines in Sweden when 10 or 15 metres from the top, I saw some white fluff on my rope high above me. I thought it was just a bit of a feather stuck to the sheath. Unfortunately it was the white core of my rope sticking out. The sharp edge had cut through nearly a quarter of the diameter and I had about 80 metres of air below my feet. Another time I got slightly avalanched in Norway. At least, it felt serious at the time! Minutes after this incident I had to descend a snow gully completely on my own. None of this was actually that serious, just close calls. Usually I try to worry ahead and avoid situations of this kind!” 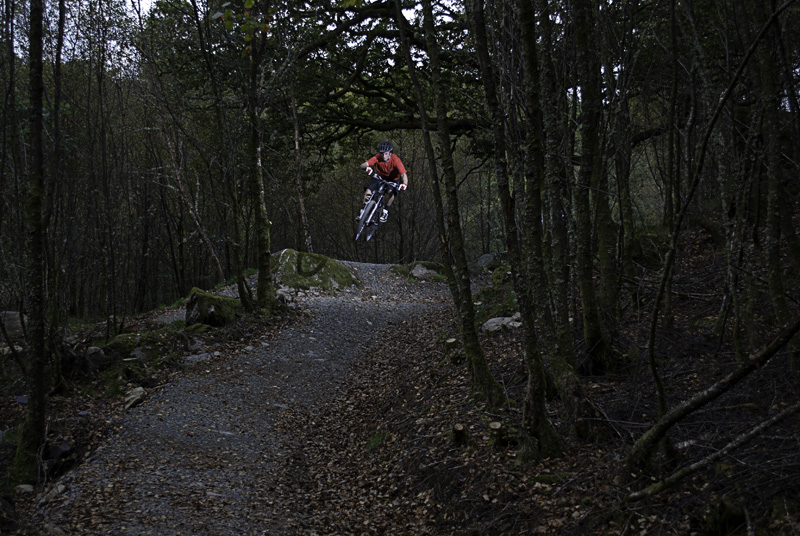 Mountain biker shot by Hamish Rose on the Autumn Workshop

Q: What has been your best adventure so far?
Lukasz: “Going with Dave Macleod and Andy Turner to photograph their successful attempt on the Longhope Route Direct on the St John’s Head, Hoy. This is one of the hardest sea cliff climbs in the world. I was working alongside a good friend of mine, film-maker Paul Diffley from HotAches Productions who was working on a film about the route. It was hard work, but we had such a good time and Orkney Islands are so beautiful.”

Q: What’s the best bit of advice anyone has ever given you?
Lukasz: “People aren’t going to remember the things you do, they’re going to remember how you made them feel. I have a lot to learn, and I’m glad to have great friends happy to work with me. Thank you Ruth!”

Q: Have you ever dropped a camera or lens while clambering about to get adventure shots?
Lukasz: “Touch wood, no!”

Q: What’s your favourite bit of kit? The thing that you take everywhere, on every shoot.
Lukasz: “It’s my ClikElite camera chest pack. The biggest problem with adventure photography is the hassle of getting your camera out. Keeping it in your rucksack keeps it safe, but it does mean you have to stop and get it out to take the pictures. With the chest pack I can carry it and have an instant access to even the heaviest camera. You can climb and ski with it. Last month I went paragliding in a tandem to shoot some aerial photos of glaciers in the Alps and I managed to swap lenses in flight.”

Q: You run workshops, showing people how to photograph climbing and other sports. Dave MacLeod often works with you. How did this come about?
Lukasz: “In May 2010 I got to shoot an editorial assignment with Dave MacLoed (a series of portraits for an interview) and also around that time Mountain Equipment (Dave’s sponsors) became one of my clients. I now shoot for Mountain Equipment on regular basis and through these connections it’s been possible to get Dave as a model on my workshops.” 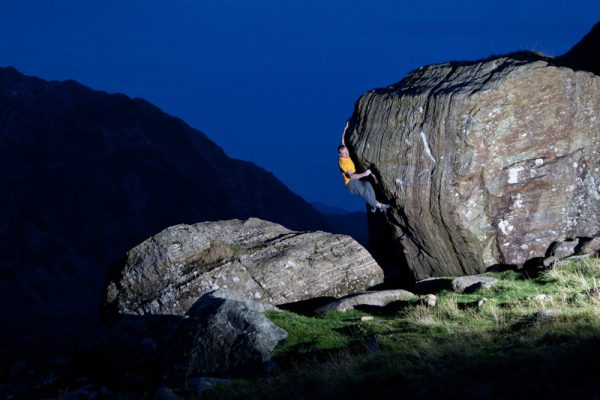 From the climbing shoot at the Autumn Workshop, taken by Richard Enticknap

Action! Participants on the Autumn Workshop practising on location

Q: What’s an LWImages workshop like?
Lukasz:”A typical weekend is a mixture of shooting on location, with classroom-based tutorials in the evenings. On Saturday, we usually try to have three photo shoots. During our Autumn workshops, we’ve had a sunrise fell running shoot, followed by a mountain biking shoot between breakfast and lunch and after lunch we would have the main photo session with our top athlete. We finish on Sunday after a half-a-day shoot on location. During the last workshops we went to photograph Dave rock climbing at the Llanberis Pass. There’s plenty of photo opportunities and time to ask questions. I really wanted to create workshops that were equally informative and inspirational. Having world class athletes, I think, makes that difference.”

Q: When can we join a workshop?
Lukasz: “Well, the next one is a Winter Photography Workshop with Andy Turner in Scotland, between 27-29 January 2012. Andy is one of the best winter climbers in the world, known for his ascents of the hardest and boldest test pieces in Scotland. To find out more and book your place visit blog.LWimages.co.uk/workshops.”

Lukasz would like to thank Mountain Equipment, Redged and ClikElite for their supports, as well as participants from the Autumn Workshop for their images.