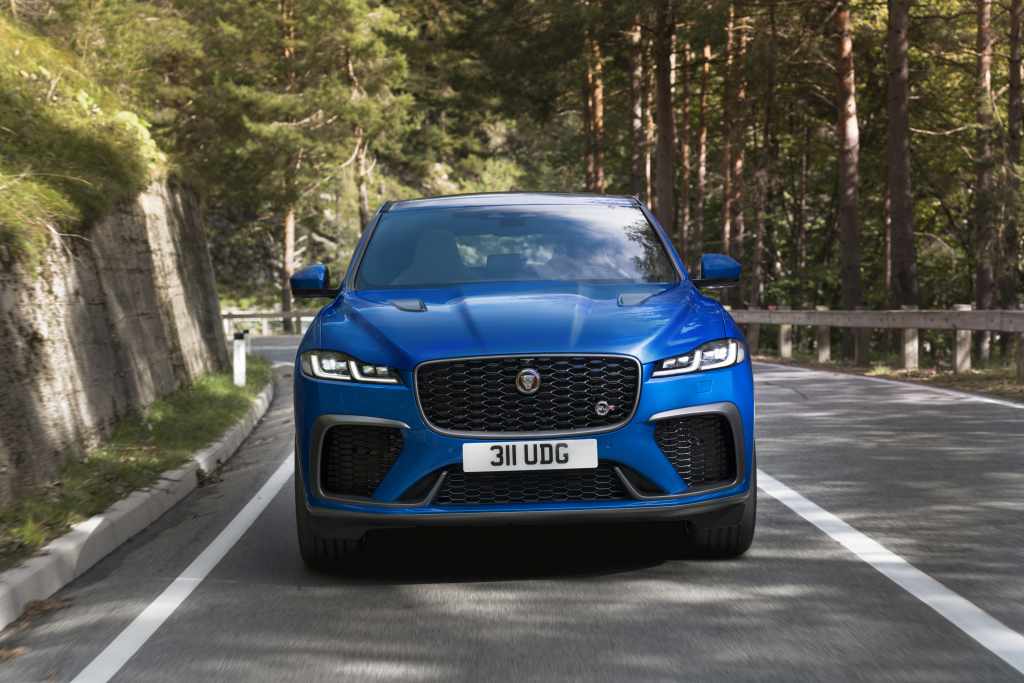 It’s been revised by Jaguar’s SV department (Special Vehicles) for 2021 after the original one became the highest-selling Jaguar SV product ever. Michael van der Sande, Managing Director, Jaguar Special Vehicle Operations, says: “The new version builds on this success, by making numerous detailed improvements that combine to raise the bar in the high-performance SUV segment. With a wide range of technological enhancements from our team of expert engineers and a comprehensively improved exterior and interior finish, the new F-PACE SVR is more focused, inspires more confidence and is even more captivating than ever before.” 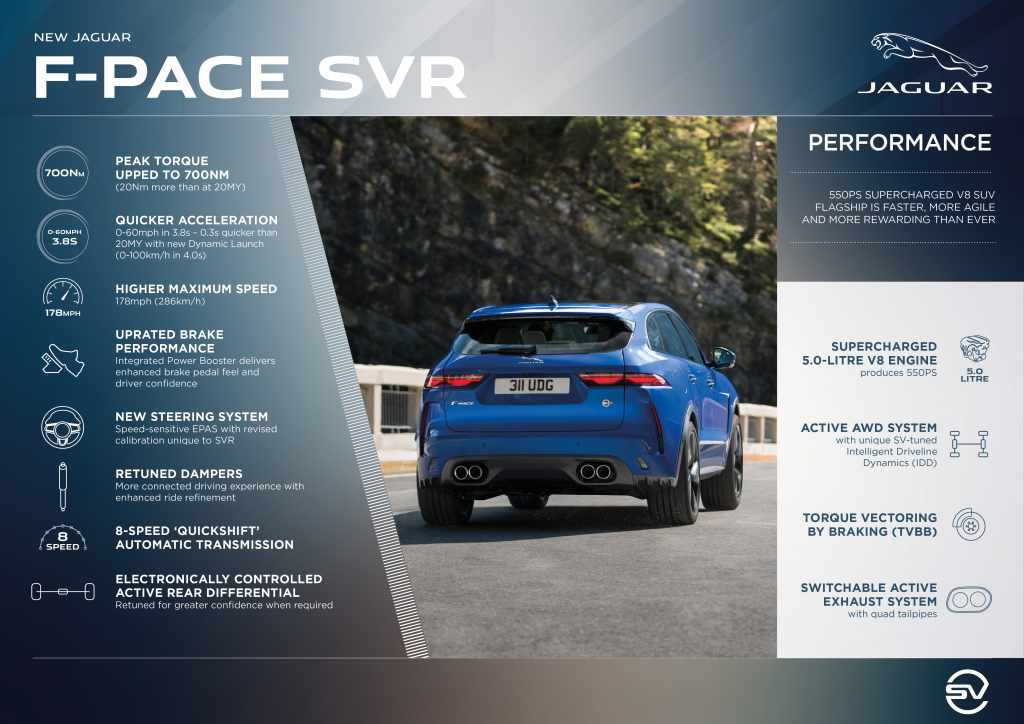 Here’s a full rundown on all the performance upgrades

Compared to the previous F-PACE SVR, there’s been a few cosmetic tweaks on the outside, but it’s the interior that’s had the most work, which is now much more luxurious. One of the newest additions is the beautiful 11.4-inch curved touchscreen, called Pivi Pro which can show Apple CarPlay or Android Auto. Analogue gauges in front of the driver have also been replaced with a 12.3-inch digital display bringing everything right up to date and in line with competitor models. 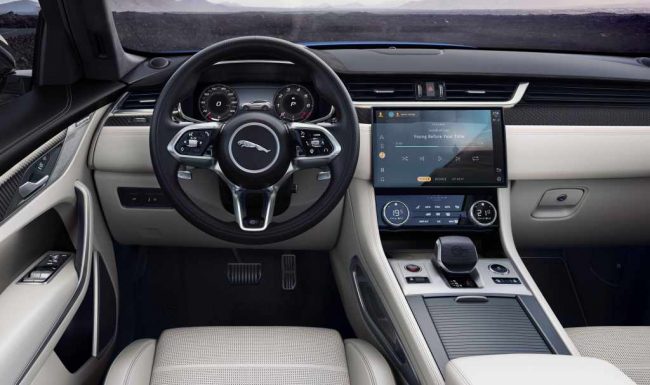 The previous car’s rotary gear selector has been replaced with a lever and the steering wheel is shaped differently and has touch-sensitive pads instead of physical buttons.

Rotary gear selector has been replaced with this lever

Elsewhere the suspension dampers have been retuned, there’s a different steering rack and the rear differential is electronically controlled. 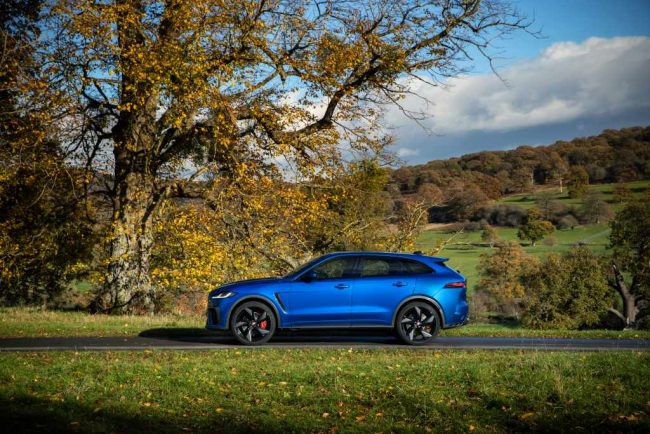