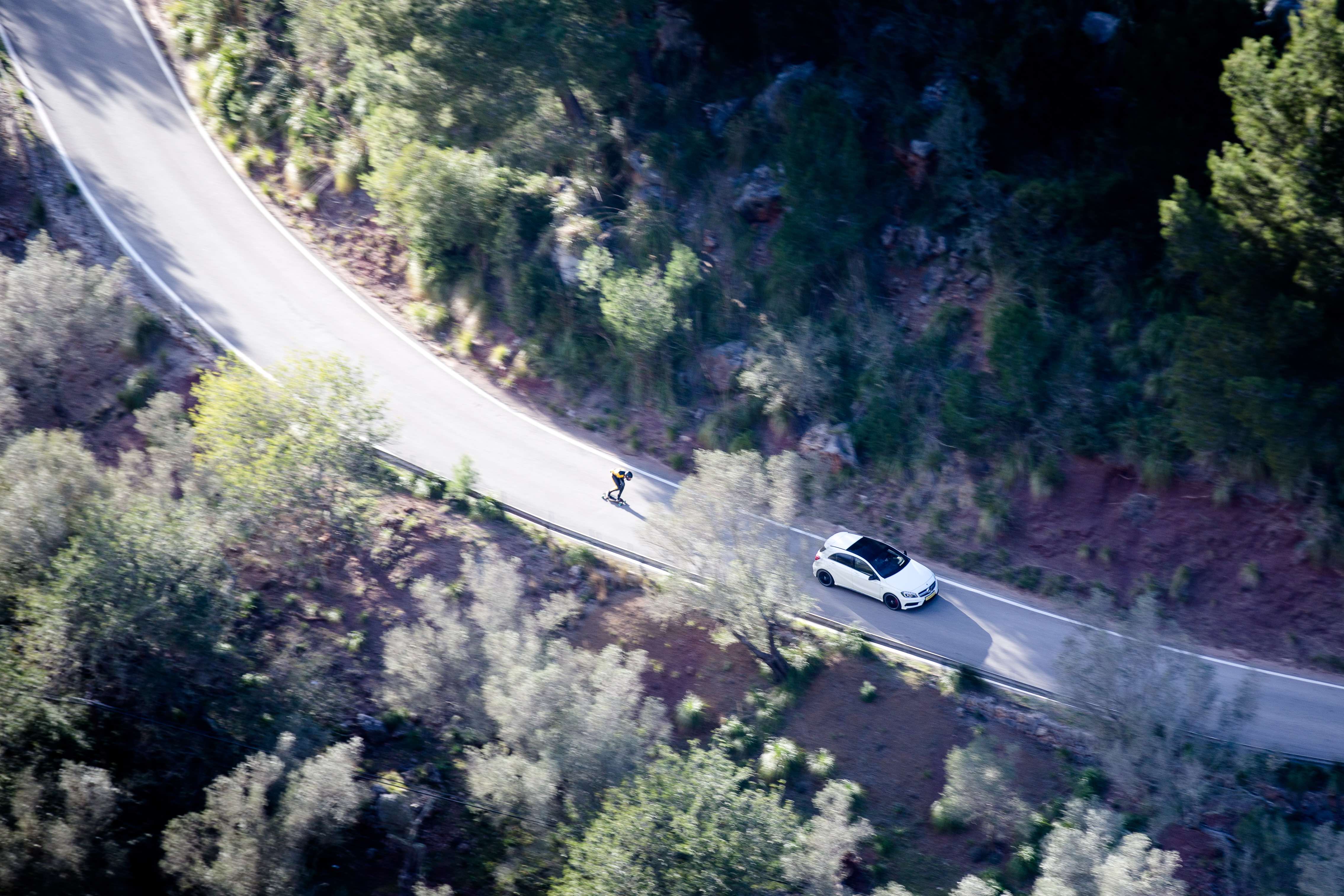 DUNLOP has launched its new Sport Maxx RT2 tyre with this video of a spectacular mountain road challenge.

The new Dunlop Sport Maxx RT2 is the successor to the award winning Sport Maxx RT and Plato drove a 381 bhp hot hatch fitted with the tyres through the Serra de Tramuntana mountain range in front of Connolly to use the car’s slip stream to beat his existing time down the route.

The premise being that if the car can go faster on the new tyres then Connolly would have a much better slipstream. To be fair though, the key take out from this video is how hard Plato pushes the car on the new tyres – there’s some seriously impressive driving in the video below.

Ranked ninth in the downhill longboard world rankings, Connolly set a time on the three kilometre stretch of the road without the car of 8 minutes 10.92 seconds before beating it by over 11 seconds when using the car in front to create a slipstream.

Plato commented: “The route throws up many challenges for a driver, hairpin bends, steep drops and falling rocks. The issue with creating a slipstream is that by reducing the wind resistance, Pete was constantly catching me. As his speed quickly increased, I had a few split seconds to accelerate to avoid Pete hitting the back of the car. In this situation grip precision was crucial to the success of the time trial.”

Connolly said: “During competition longboarders use a partner in front of them to help them build up speed quicker by cutting the wind resistance and creating a slipstream. To create a slipstream, you need to be very precise. I needed to be three to five metres behind the car at all times, any more and it wouldn’t work, any less I would be dangerously close to the car. During the time I accelerated out of corners quicker than ever before. I knew there was a good chance we would beat the time I set without the car but I didn’t expect to beat it by over 11 seconds.”