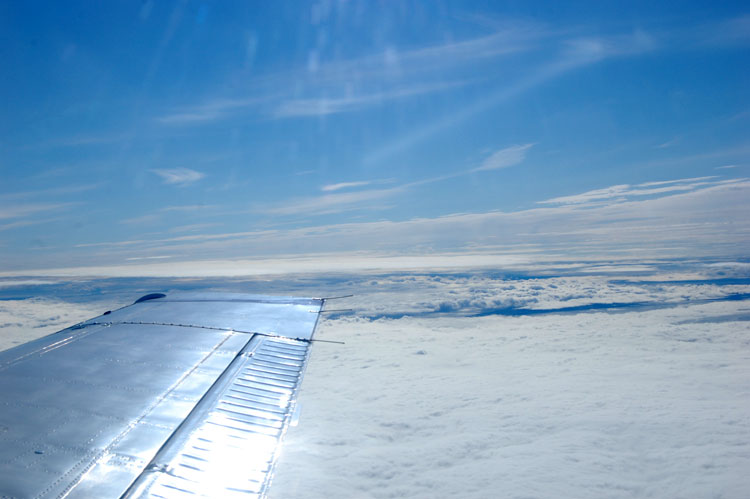 DIABETIC pilot Douglas Cairns has his sights on making the first landing of twin-engine piston-powered aircraft at the North Pole in April – and he’s calling the attempt the Diabetes Polar Flight.

April marks the time at which the North Pole is no longer in the grip of complete darkness. It’s also when the shifting ice over the Arctic Ocean is at its thickest, a detail that’s the most important to private pilot Douglas Cairns as this is when he plans to land his plane on it.

The 45-year-old US-qualified pilot with Type 1 diabetes, is planning to set a new world speed record to fly to the North Pole in a Beech Baron B58.

Whilst most flights to the pole simply pass on by, Doug wants to land the Baron on a strip of ice prepared by Ron Sheardown, one of the world’s most experienced Arctic general aviation pilots, who will fly ahead beforehand in his single-engined Cessna 180.

Doug says plans are coming along nicely Diabetes Polar Flight (DPF). “It’s now all down to nitty gritty organising and logistics,” he explains. “The Baron’s annual inspection has been done, I’ve installed bigger fuel tanks and I’ll head over to Anchorage, Alaska in a few days time.”

Sometime within all this Doug also has to practice how to land on ice and embark on a cold-weather survival training course. His plan for the Spring attempt is straightforward though; on April 25th he’ll take off from Barrow at the top of Alaska and fly a great circle track across to 90 degrees North or the ‘last degree’. He will then make the flight back to Barrow the same day. Pilots regularly fly over the North Pole but only a few of them land and when they do it’s usually at a Russian research station located at Barneo. A small airport is set up here each spring at about 89°N and drifts on the Arctic ice pack and is where some expeditions drop off their teams leaving them to finish the rest of the journey to the pole on the ice. Doug will, however, fly past that 89 degree airport and land smack on the 90 degree position – doing this in a twin-piston aircraft will be a world first.

“I have a Cessna 180 with skis landing before me with two pilots on board so they can prepare a landing strip for the Baron,” Doug explains. “It needs to be 1500 feet long. With 1400 feet being the book landing run for the Baron, it sounds quite tight, but with temperatures likely to be -20°C and the cold reducing the TAS on landing, this should sufficient.”

Doug won’t hang around for long at the pole and he plans to return back to Barrow the same day. Fuel is a prime concern, hence having the extra fuel tanks fitted, but avgas is available in Canada should he need to divert.

Flight in the polar region will be a first for Doug so he has sought valuable advice from pilot Ron Sheardown who has more than 18,000 hours of flight time, including over 10,000 hours in the Canadian Arctic, Greenland, Norway, Russia and Alaska. Ron has led eight expeditions to the North Pole too including one expedition when he flew an AN-2 Russian aircraft spending 20 hours and 12 minutes in the air. As well as assisting Doug in this expedition, Ron has is own plans to fly a Pole-to- Pole round-the-world flight in the next few years as well. 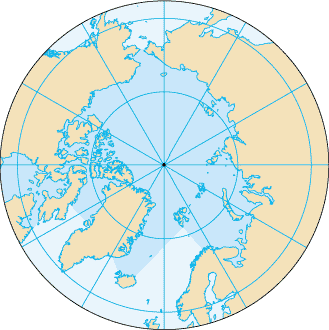 Raising awareness of pilots with diabetes is the prime reason for why Doug is planning this adventure. He has already made three record- breaking projects in recent years (Diabetes World Flight, Diabetes Flight 48 and Diabetes Flight 50) which have raised over £45,000 to fund research. He wants to prove to the aviation authorities that Type 1 diabetes shouldn’t prevent people from flying. Diabetes Polar Flight (DPF) will specifically raise funds for the Juvenile Diabetes Research Foundation and show that the condition need not limit the scope of people’s dreams. “I never planned to set records,” Doug admits. “But it was after speaking to a pilot with diabetes at Oshkosh when I realised if I could show that a diabetic pilot could set records then it could also show that they can fly safely. This polar flight is one of the most exciting adventures I’ve planned and with aviation authorities restricting private flying with Type 1 diabetes in all but five countries around the world, it will be terrific to help show what people can achieve with diabetes when it comes to flying.”