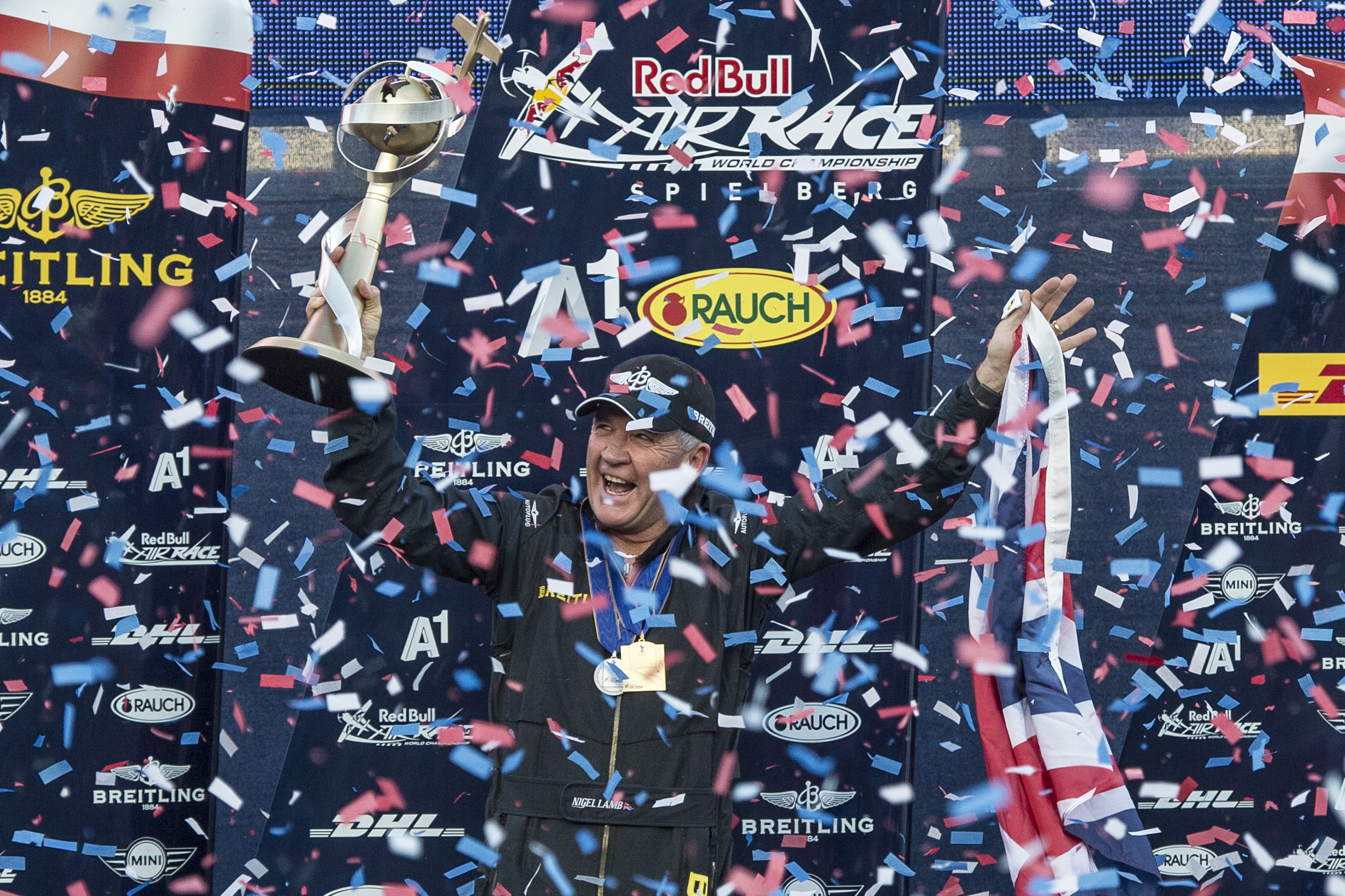 Nigel Lamb is the 2014 Red Bull Air Race World Champion, after winning the final race of the year in Spielberg, Austria on Sunday, 26 October.

Austria’s Hannes Arch was second overall by getting a fourth place finish in Spielberg.

Nigel Lamb had a victory in the third race of the season in Malaysia and then got five straight second place finishes to overtake Arch and Bonhomme in the standings. Taking first place at Spielberg pushed his grand total up to 62 points to win the championship.

“It’s just amazing,” said Lamb. “I have to say my race did not go as planned, my times were not fantastic through the week. It was not a good day today in racing terms, there was never a time I thought I had the Championship secured, I had a good team giving me lots of inputs, the aircraft felt good and I felt very well supported. Also from my family they are very involved but Max especially, doing all the race analysis. It is very difficult having one of your children telling you what to do, but he found a good way of not trying to change my flying but just seeing the small adjustments, which make the maximum differences.”

“Next year will be very challenging since nine pilots have been on the podium out of twelve, next year fourteen pilots. But I still have a good team, good plane, and hope to maintain the consistency, it really is teamwork that makes the success at the end of the season.” 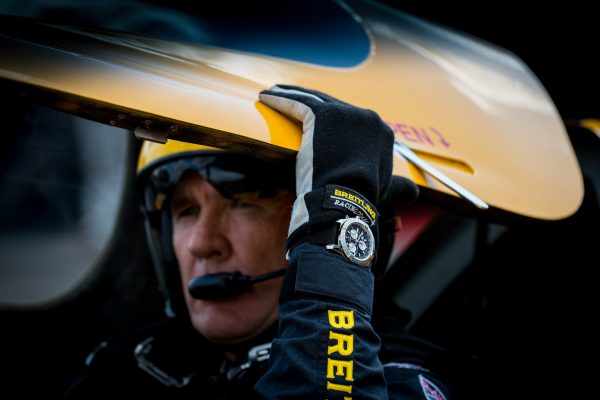 Hannes Arch had been unstoppable all weekend but flying last in the the Final Four, Arch struggled with the undulating course with its challenging 65-metre change in elevation and, forced to take risks on the second lap in an all-or-nothing bid to win the title, got hit with a two-second penalty for flying through one of the Air Gates with his wings not level, which dropped him to fourth place.

Arch’s raw time of 57.839 would have been good enough for second place behind Ivanoff’s 57.468 but not enough to catch Lamb, who would have dropped to third in the race with his time of 58.052 but still have beaten Arch in the World Championship by a score of 60-57.