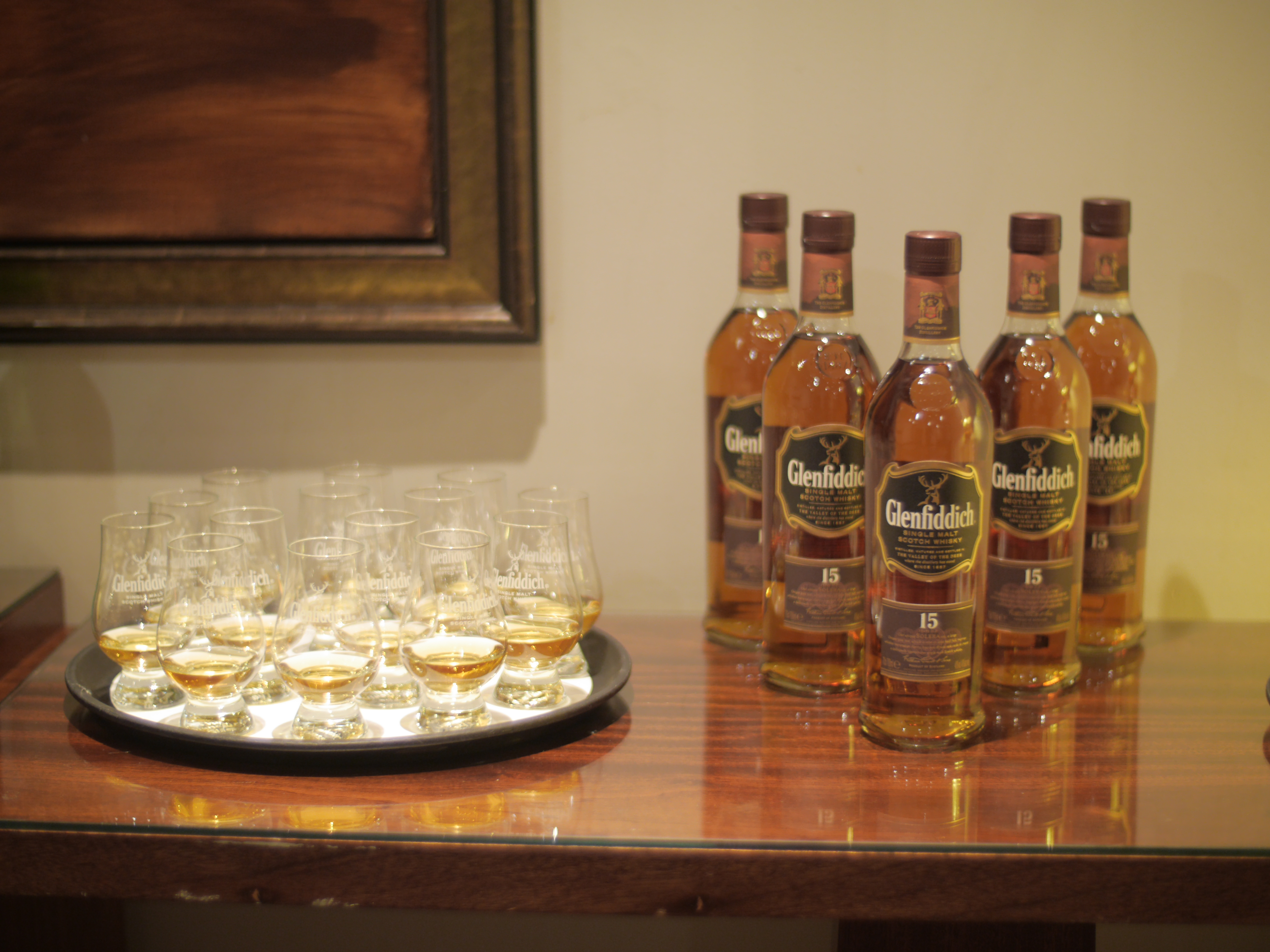 ON every day of the film festival this month, Glenfiddich is hosting free whisky tastings – and what better way to warm yourself up at the UK’s most respected adventure event than a wee dram.

Glenfiddich is pushing hard with associating itself with hardy expeditions – a natural fit for a drink with such strength and character. And there’s strong association with the mountains too because Glenfiddich translates as ‘Valley of the Deer’, hence the stag you see on the bottle’s label.  As well as being at Kendal for the film festival, the company is sponsoring Team Glenfiddich in the Walking With The Wounded South Pole Allied Challenge, the team which has Prince Harry in it. There are plans to bring out a special bottle of whisky to mark the expedition too. As Sarah Harding, Glenfiddich Senior Brand Manager says, the expedition resonates with the company’s founder, William Grant, who stopped at nothing to try and make the ‘finest dram in the valley’.

Grant’s efforts paid off.  Glenfiddich is now the world’s most awarded single malt – but this means nothing unless you taste it for yourself. So the idea behind the tasting sessions at the film festival is teach visitors a bit more about how Glenfiddich is made but more importantly why you get such differences in taste between its 12 Year Old, 14 Year Old Rich Oak and its 15 Year Old Solera. Whisky expert Jamie Milne is the man who will explain all this, but places to listen to him are on a first come, first served basis. If you want a place then you’ll need to make a beeline for Glenfiddich at the start of the festival.

As a special bonus, each day there will also be two VIP tastings where visitors can hear a talk from adventurers such as Kenton Cool, Andy Kilpatrick, Karen Darke and Andy Cave. To get on a VIP session, again you’ll have to register with Glenfiddich in the main reception tent.

Just seeing an adventurer’s name doesn’t mean much – so here’s a brief rundown on the speakers and what they have done. And you might well need to drink a dram to calm your nerves as you hear about some of their past exploits…

Kenton Cool
Cool is considered one of the UK’s top mountain and ski expedition leaders having made several ascents of hard routes with clients, including the first British guided ascent of the famous North Face of the Eiger in 2007 with Sir Ranulph Fiennes, then in his sixties, who was initially afraid of heights. In 2006, as part of his expedition to Nepal, he made the first British ski descent of an 8000m peak, Cho Oyu is the 6th highest mountain in the world and the ski was done solo. As well as eleven ascents of Everest (including two in one week), he has led further successful expeditions on the following significant mountains around the world: Kilimanjaro, Denali in North America, Ama Dablam in Nepal, Cho Oyu in Nepal/Tibet. In the autumn of 2010 Cool made the third ever ski descent of Manaslu in Nepal, the world’s eighth highest mountain. In doing so become one of only a few people world wide to ski multiple 8000m peaks.

Andy Cave
Andy is a British Mountaineer, Writer and TV Presenter who began his life as a miner in Yorkshire where he nurtured a passion for climbing. He 1986 Cave returning to education gaining a degree in English and a PHD in Linguistics. Cave’s achievements are extraordinary and his ascent of the North Face of Changabang lead to a nomination for the Piolet d’Or. His ascents and achievements are too numerous to list here but they include an impressive list of climbs in the Alps, Himalayas, Alaska and Patagonia. Cave’s adventures have lead to two autobiographies and numerous articles for climbing magazines and books. His first book, Learning to Breathe, won the Boardman Tasker Prize for Mountain Literature in 2005,joint winner; the Best Adventure Travel Book at the Banff Mountain Book Festival (2005); the Premio Mazzotti prize (2006) and the Banca de Veneto Voce de Lettori in Italy in (2006). His second book, Thin White Line, has also received many accolades.

Karen Darke
Karen is a British paralympic cyclist, paratriathlete, adventurer and author. Paralysed from the chest down following an accident aged 21 while sea cliff diving, Karen has gone on to become a truly inspirational adventurer and athlete. In 2006 Darke tool part in an expedition across Greenland’s ice cap whilst sitting on skis and using her arms and poles to cover the 372 miles crossing. Other achievement including climbing Mont Blanc, Matterhorn and El Capitan and hand cycling the length of Japan. Her athletic achievements include a Bronze Medal in the Para-Cycling World Cup in 2010, two silver medals in the women’s HR road race and time trial events at the 2011 Para-Cycling World Cup in Sydney, Silver in the Women’s road race trial H1-2 and fourth place in the Women’s Road Race H1-3. In October 2012, she competed in her first ITU Paratriathlon World Championships. She won the gold medal in her TRI-1 classification.

Andy Kirkpatrick
Andy is a British mountaineer, author, motivational speaker who specialises in big wall climbgin and winter expeditions. He has climbed El Capitan over 24 times including three solo ascents and a one-day ascent. In 2002 he completed a 15 day winter ascent of the West Face of the Dru, commonly known as one of the hardest climbs in Europe. This 1000m ascent pushed Kirkpatrick and his partner to their limits and was featured in the film Col Haul. Other notable achievement include summitting El Capitan with partner Karen Darke (paralysed from chest down) and Major Phil Packer and a winter ascent of the Troll Wall in Norway.