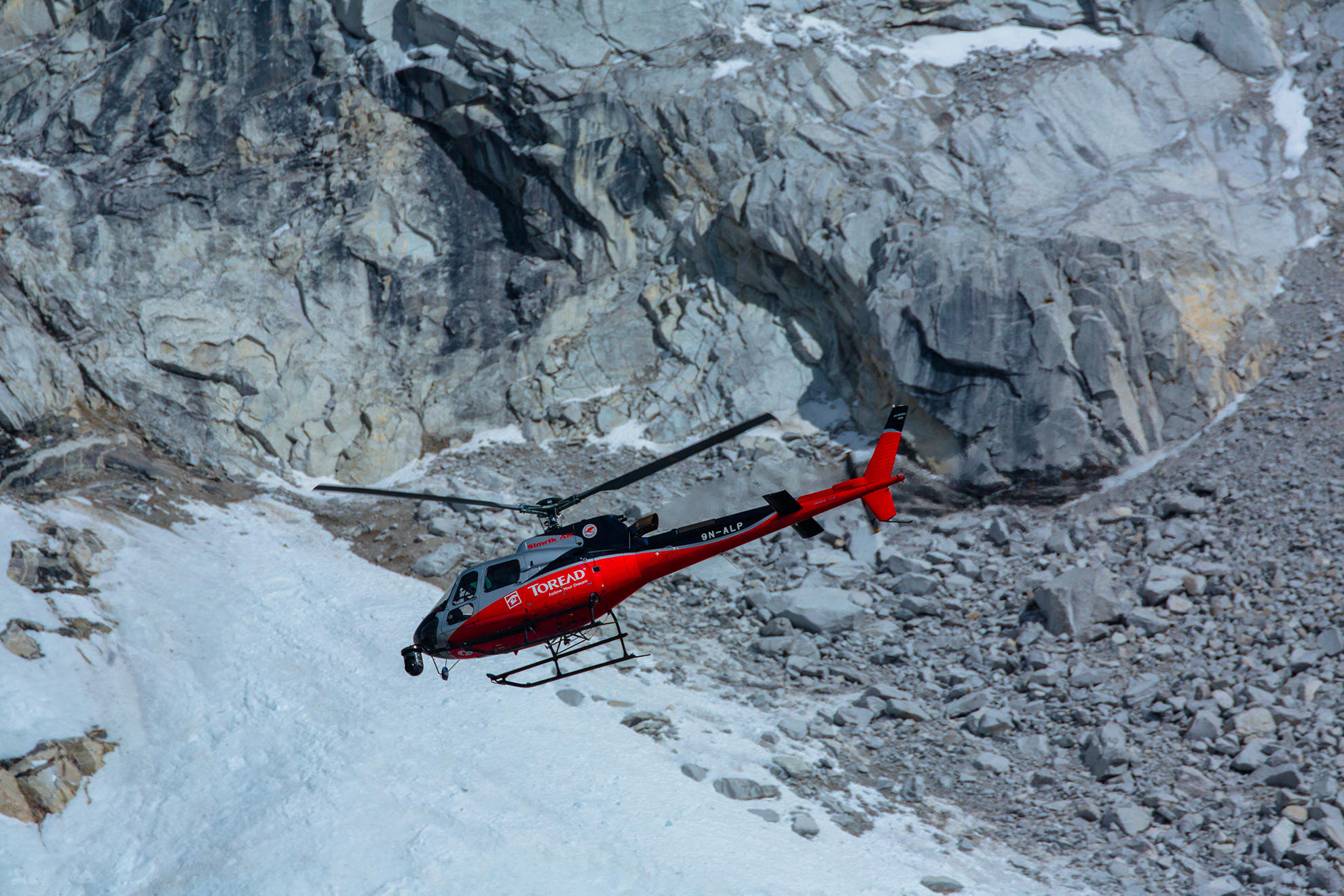 Tune in to the Discovery Channel in February to watch EVEREST RESCUE, a brand new series focusing on the helicopter pilots who regularly rescue climbers and transport them to lower altitudes.

It’s not only one of the most dangerous jobs on the planet, but the emotional toll on the personal lives of the pilots is unparalleled. 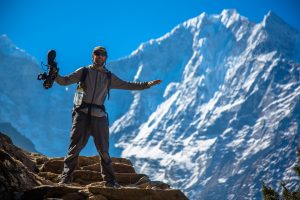 Joe French with camera in hand; it’s thanks to the film crews who risk their lives so we can see the mountains in such amazing detail

The series will provide some of the most exclusive, privileged and in-depth access ever to the pilots and medical teams who respond to an overwhelming amount of emergencies on the world’s highest mountain.

The series has been directed by Joe French who is a freelance TV producer director who is no stranger to Everest having previously filmed there before. In fact, this was his 12th trip to Everest. Joe was at base camp in 2014 where five of his team of Sherpas were killed in the Icefall after the avalanche. He was almost killed in the 2015 avalanche. This was an emotional trip back to Everest for Joe and he found it particularly tough going back to Base Camp and facing his demons. Despite promising his family he wouldn’t climb again Joe found the pull of the mountain too strong and he went through the icefall to film the climbers. 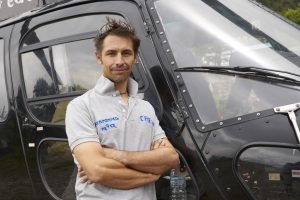 Two of the featured pilots are Lorenz Nufer and Ryan Skorecki. Lorenz is 42 and flew his first season in Nepal. He has been a pilot for 16 years and has over 2,000 flying hours. From a young age, he always wanted to be a pilot. He is married with two young children and his family stayed in Switzerland while he worked in Nepal for the climbing season. Lorenz works as a pilot and flight instructor in Switzerland and is an examiner for the Swiss Federal Office of Civil Aviation. He is passionate about his job, and flying in the Himalayas was something he has wanted to do for many years.

Ryan, also 42, is American and spent eight years in Colorado, before moving to Alaska where he has lived for the past 16 years. Prior to his Everest job he flew for the US scientific mission in Antarctica and would then work in Alaska for the heli-ski season followed by the firefighting season. Now he works on rotation – Antarctica followed by 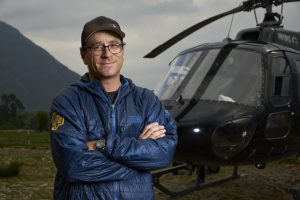 Nepal. He started flying helicopters in 2004 and has racked up more than 6,000 flying hours.

While EVEREST RESCUE starts showing on Discovery tonight, we won’t see it premiere in the UK on Discovery Channel until 9pm, on Sunday 19th February (Sky 520, Virgin 250, BT TV 322)