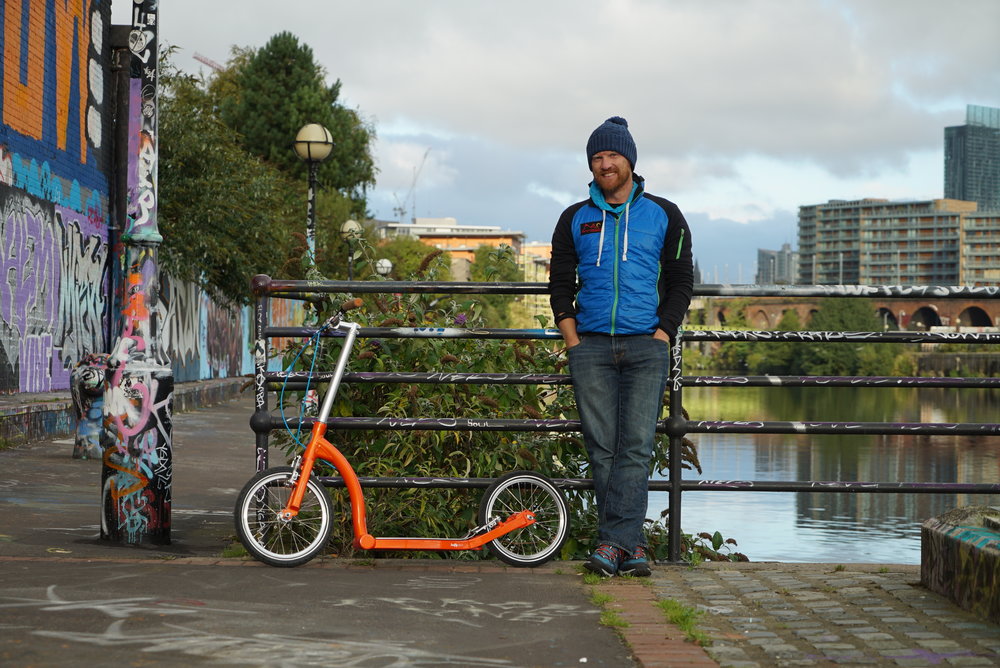 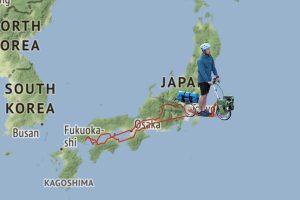 This slipped under our radar, but turns out that Dave Cornthwaite has scooted over a thousand miles in Japan.

In December he completed a 1052 mile loop of southern Honshu and Shikoku in Japan on a scooter he’s called Swifty.

We first spoke to Dave back in 2011 when he first announced his Expedition1000 project and this latest adventure marks his 12th journey. If you’re not familiar with Expedition1000, Dave is aiming to complete a total 25 1,000-mile long adventures, with none of them using motorised transport.

Dave writes: “The plan was simple. I purposefully made no plans, allowing opportunity, recommendation and instinct to guide the trip. Swifty and I were on the road between five and nine hours a day, wild camping most days, bathing at hot springs (onsens) and soaking up the the Japanese culture all in the name of enjoying an amazing, non-planned, non-motorised adventure.”

Dave had his concerns about starting this adventure because he had been suffering with chronic pain in his lower back and left leg since he damaged two discs in his back in 2013. 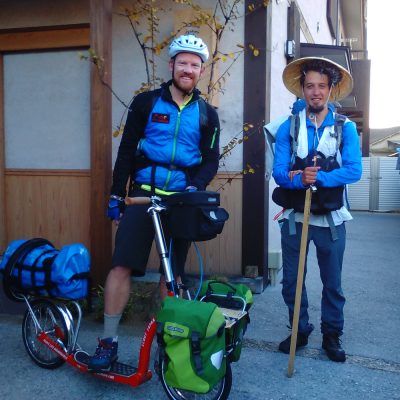 He says the pain was putting him off planning too many adventures, something that editor Dan can relate to returning to fell running after a bad motorcycle accident.

Dave writes in his blog: “In a stroke of fate it was actually my first attempt at a 12th journey which started the fix. In December 2015 I walked the northern half of the West Bank in Palestine and then, soon after crossing the Jordan Valley I suffered two stress fractures in…you guessed it, my left leg (and foot).

“The resulting two and a half months on crutches released the trapped nerve roots, gave my back a chance to heal and freed up my mobility once more.”

Keep an eye on Dave on Twitter to hear about his 13th journey…now that he’s back at full strength. Yes Dave!