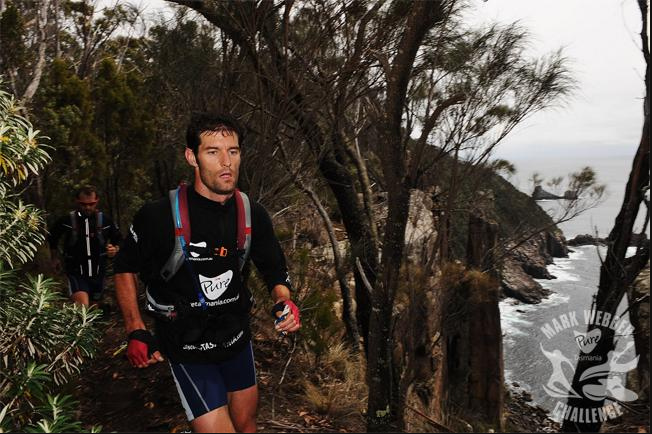 AT the end of a Formula 1 season you’d think a rest would be on the cards. Not for Mark Webber because he’ll jet directly from the final round of the Formula One series in Brazil to Tasmania for his very own Tasmania Challenge held from 7-11 December.

He announced the return of the race after a three year hiatus just as the Formula One season gets off to a start in Melbourne this weekend.

Fifty teams are expected to take part in running, riding, kayaking and a few surprise adventure activities, in five of Tasmania’s key tourism and wilderness regions.

Webber said the Challenge has always been about having determination and drive to give something a go adding, “Now, as with the world’s great endurance races, the format will allow elite athletes to chase ultimate success while others can turn up having never done anything like this before and amaze themselves with what they can do.

“Obviously you need to prepare for an endurance event – and with kayaking, trekking, trail running, climbing and mountain biking all part of the Challenge there is plenty to train for! But with five-day, three-day and one-day options we believe it is an event that has something for everyone.”

Webber, who is now settled in the UK but returns to Australia as often as he can, said the course will travel through some of Tasmania’s most stunning locations including the Freycinet National Park, picture postcard Wineglass Bay, wild Bruny Island, the deep forests of the Hartz Mountains, the cliffs, blowholes and caves of the Tasman Peninsula and the rolling Hobart hills.

“I’ve seen a lot of places during my F1 career, but every time I go home and visit Tasmania I am always reminded what a beautiful place it really is. It is one of my favourite places in the world,” said Webber.