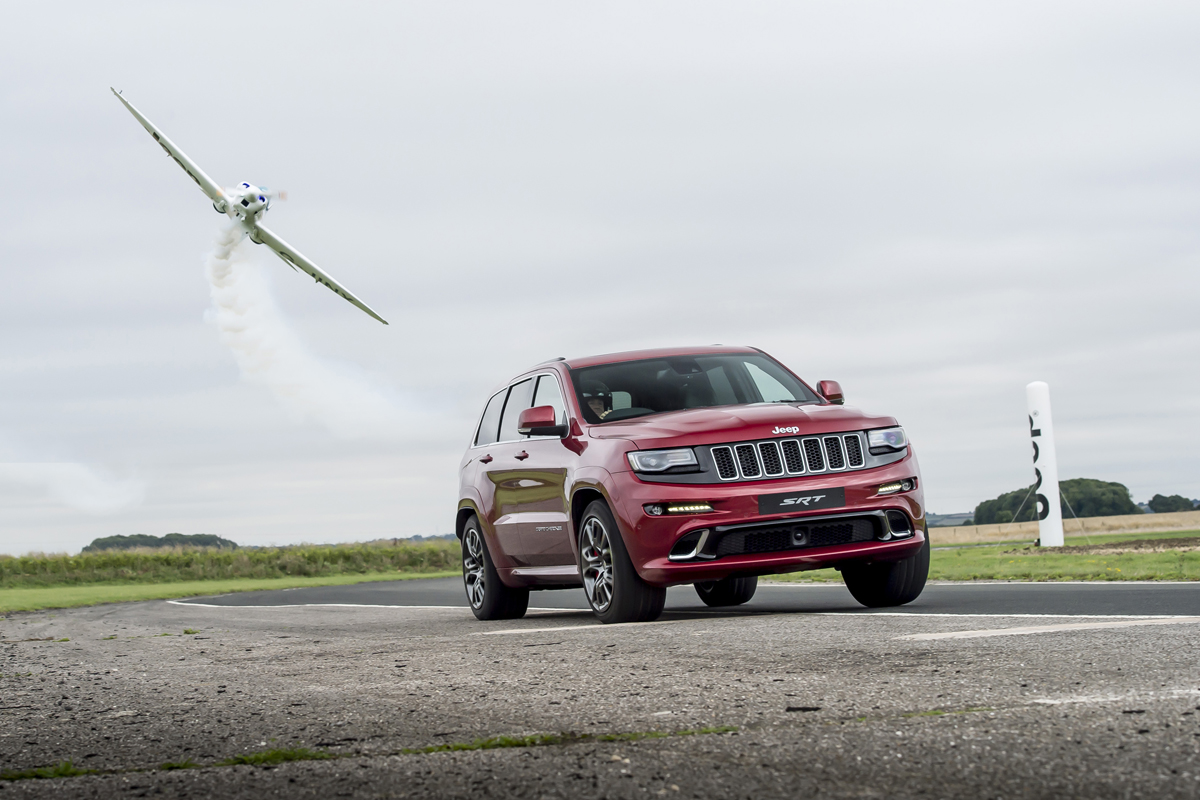 Yes indeedy. Turns out that the V8 HEMI (hemispherical combustion chamber) engine housed in the current Grand Cherokee SRT originates from the engine used in the P-47 Thunderbolt fighter.

As we’re both car and plane fanatics here at Adventure 52, we thought we’d share this video of a Grand Cherokee SRT racing a Silence Twister around a course at Blyton Park in Lincolnshire.

The Grand Cherokee SRT was driven by Ed Morris – the youngest ever British driver to compete at Le Mans 24 hour – while the Silence Twister was flown by Peter Wells, an accomplished aerobatic pilot and someone I met when I worked for Pilot magazine.