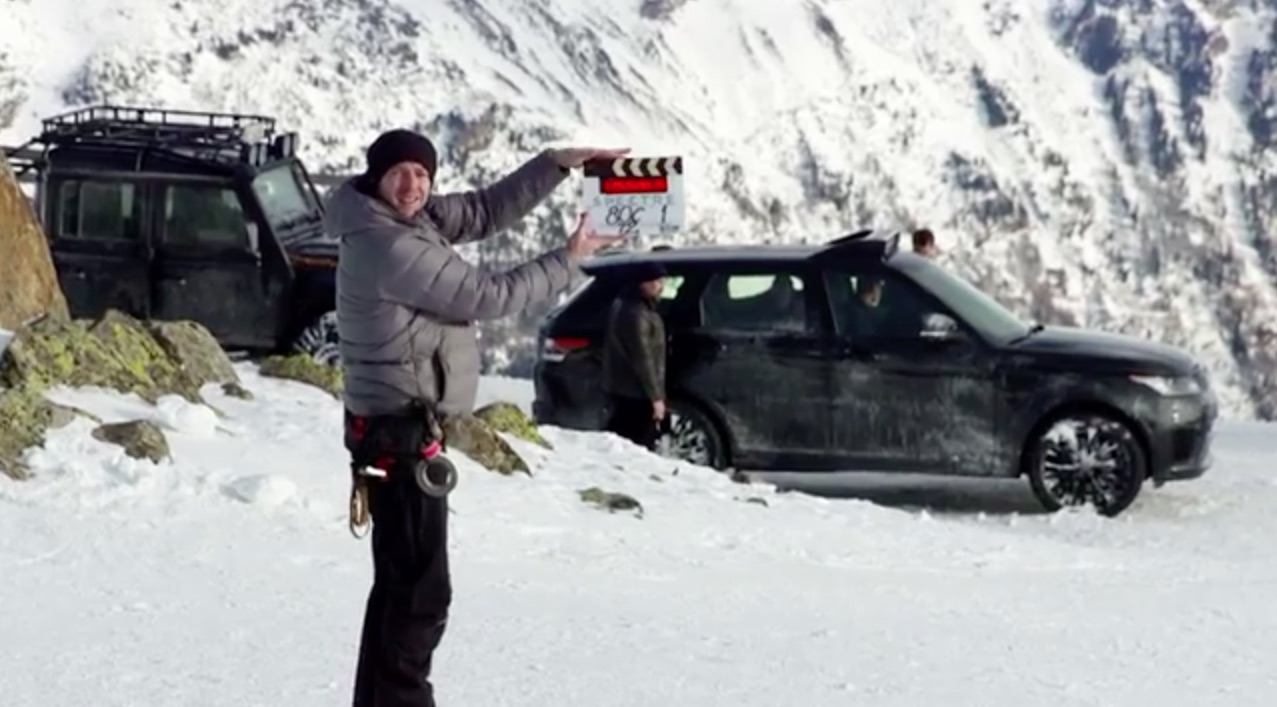 THE official You Tube channel for James Bond has just added a behind-the-scenes video of filming for the opening scene to SPECTRE.

As expected there’s a healthy does of skiing, driving and flying in it.

The eagle-eyed amongst you will see that Land Rover has a big presence in the scene with the Range Rover Sport SVR and the Defender Big Foot.

Earlier this week Jaguar Land Rover (JLR) released details of all of the cars that will be in the movie, including the concept Jaguar C-X75 that JLR says will be part of a spectacular chase scene in Rome alongside the Aston Martin DB10.

JLR’s ‘Special Operations’ team is behind the cars and says the Range Rover Sport SVR is the “fastest and most powerful Land Rover ever” while the Big Foots have 37-inch diameter off-road tyres, bespoke suspension and enhanced body protection.

The C-X75 vehicles used in the filming have been built in collaboration with Williams Advanced Engineering facility in Oxfordshire, England.

SPECTRE will be the 24th James Bond adventure from Albert R. Broccoli’s EON Productions, Metro-Goldwyn-Mayer Studios and Sony Pictures Entertainment. It’s due for release on 6 November 2015.