Photos from the 2019 edition of the Átjan Wild Islands festival

Why you need to go to this five-day trail-running, adventure and music festival held in the Faroe Islands in 2020 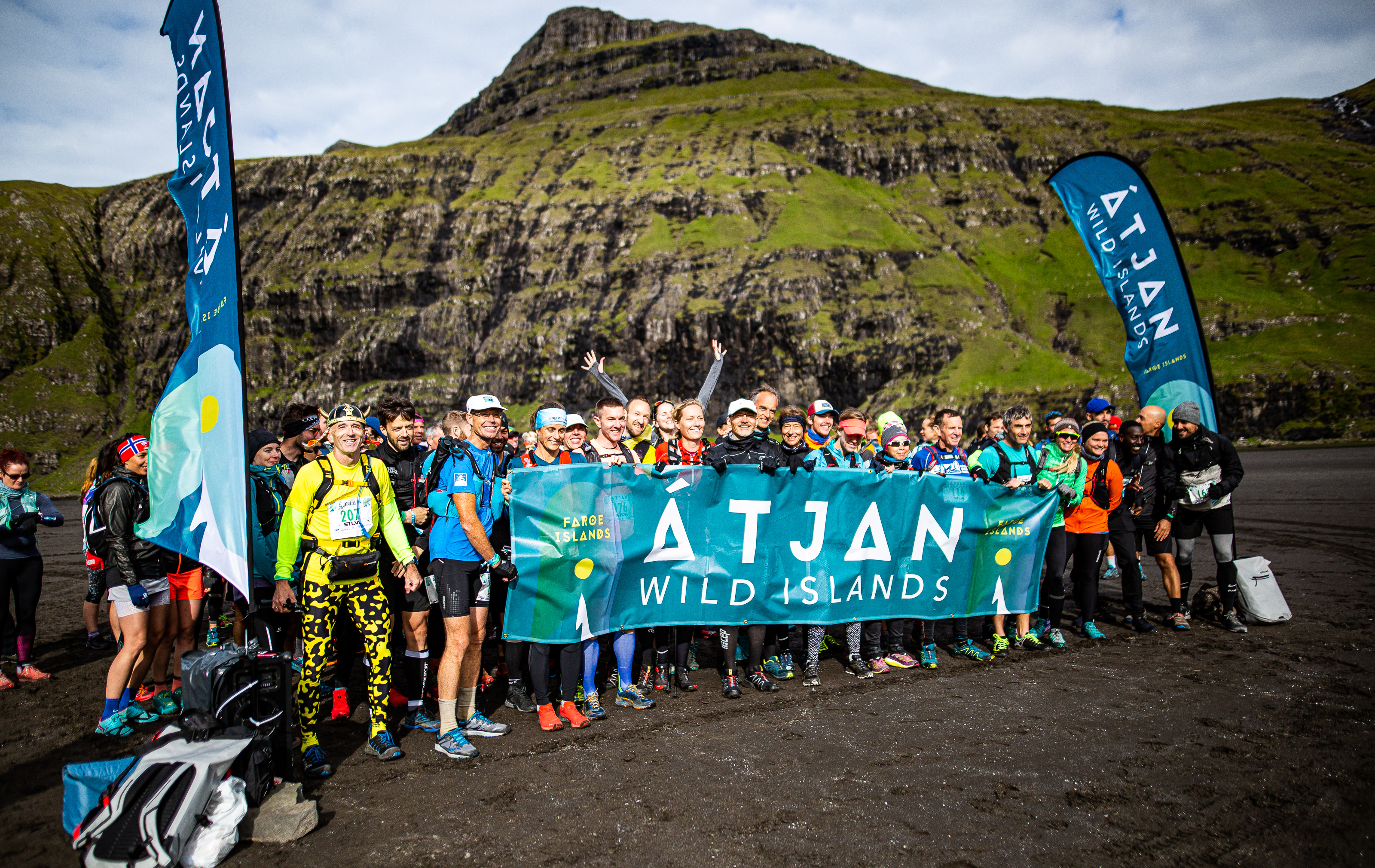 Participants from across the globe took part in one of the most incredible events we’ve seen in a while last week called Átjan Wild Islands in the spectacular Faroe Islands.

This five-day trail-running, adventure and music festival attracted entrants from 25 countries, all making their way to the Faroe Islands which are located between Scotland, Iceland and Norway. 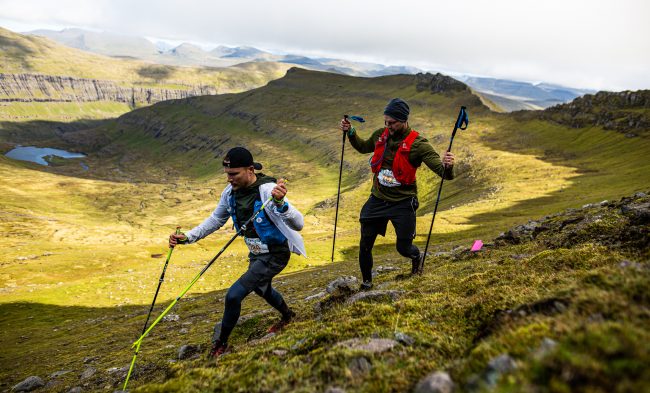 The event first took place in 2018 and was called the Útilív Adventure Festival back then, but for this year it was re-branded to Átjan Wild Islands to represent the 18 major islands in the Faroe’s volcanic archipelago (‘Átjan’ means eighteen in Faroese).

Speaking about this year’s event, Festival Director Theo Larn-Jones, says: “Organising the world’s first trail races in the Faroe Islands has been a huge challenge but, with incredible support from race sponsor SILVA, the local Faroese community, landowners, mountain rescue team and Red Cross, the event was by all accounts a great success.

“This year we were treated to some incredible weather. Blue skies and high clouds greeted runners on race day, and over the course of the day, we experienced very little rain and wind. Runners enjoyed unimpaired views across the whole of the islands from the highest parts of the course.” 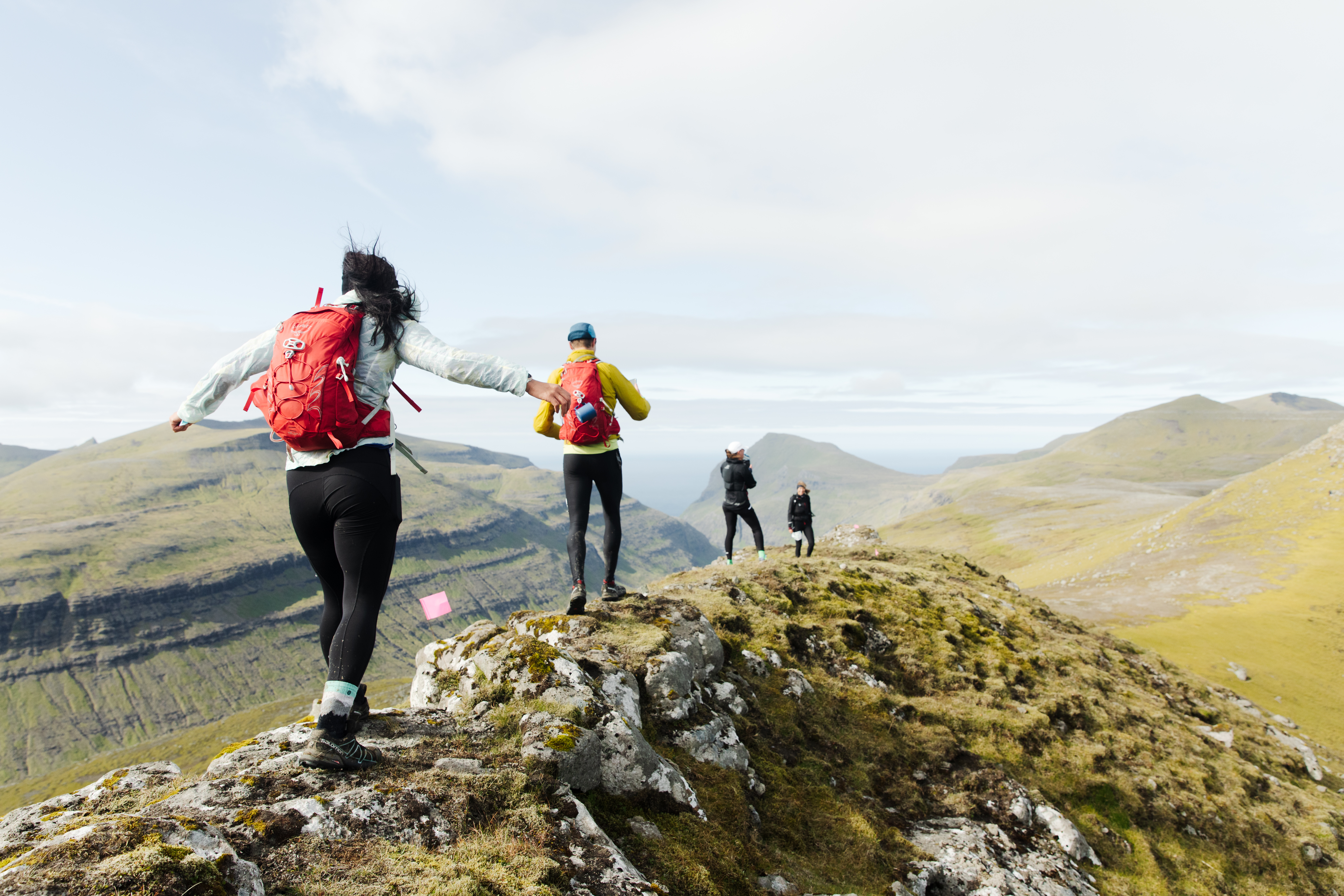 Participants from across the globe tackled the uneven terrain, steep ascents and descents, and exposed mountain ridges. Photo by Richard Tilney-Bassett

The four trail races, which included the Mountain Trail (10 km), Mountain Half-Marathon (21 km), Mountain Marathon (42 km) and Ultra-Trail Faroe Islands™ (60 km), finished in the picturesque town of Tjørnuvík, which is the northernmost village on the Faroese island of Streymoy, in Sunda Municipality. 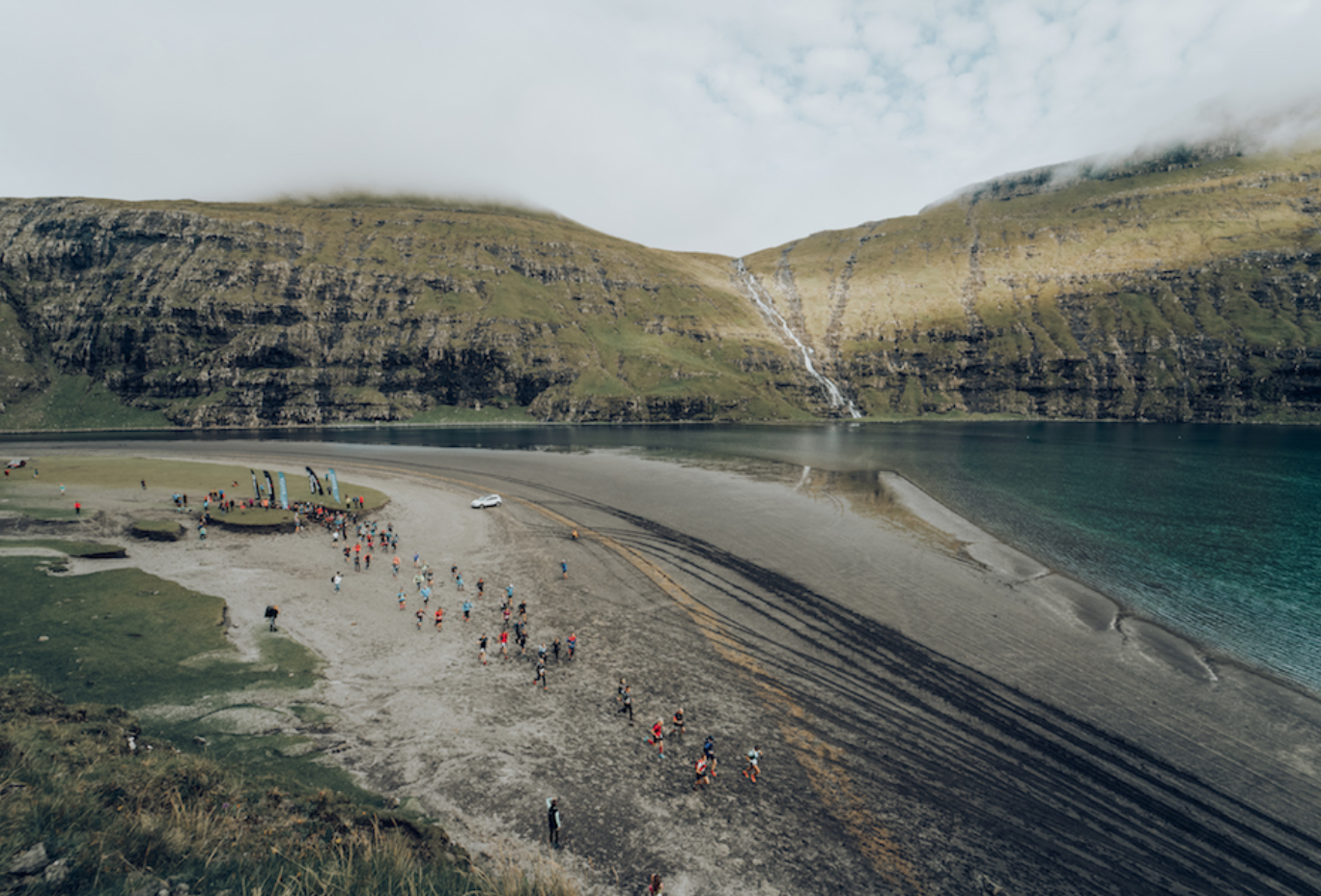 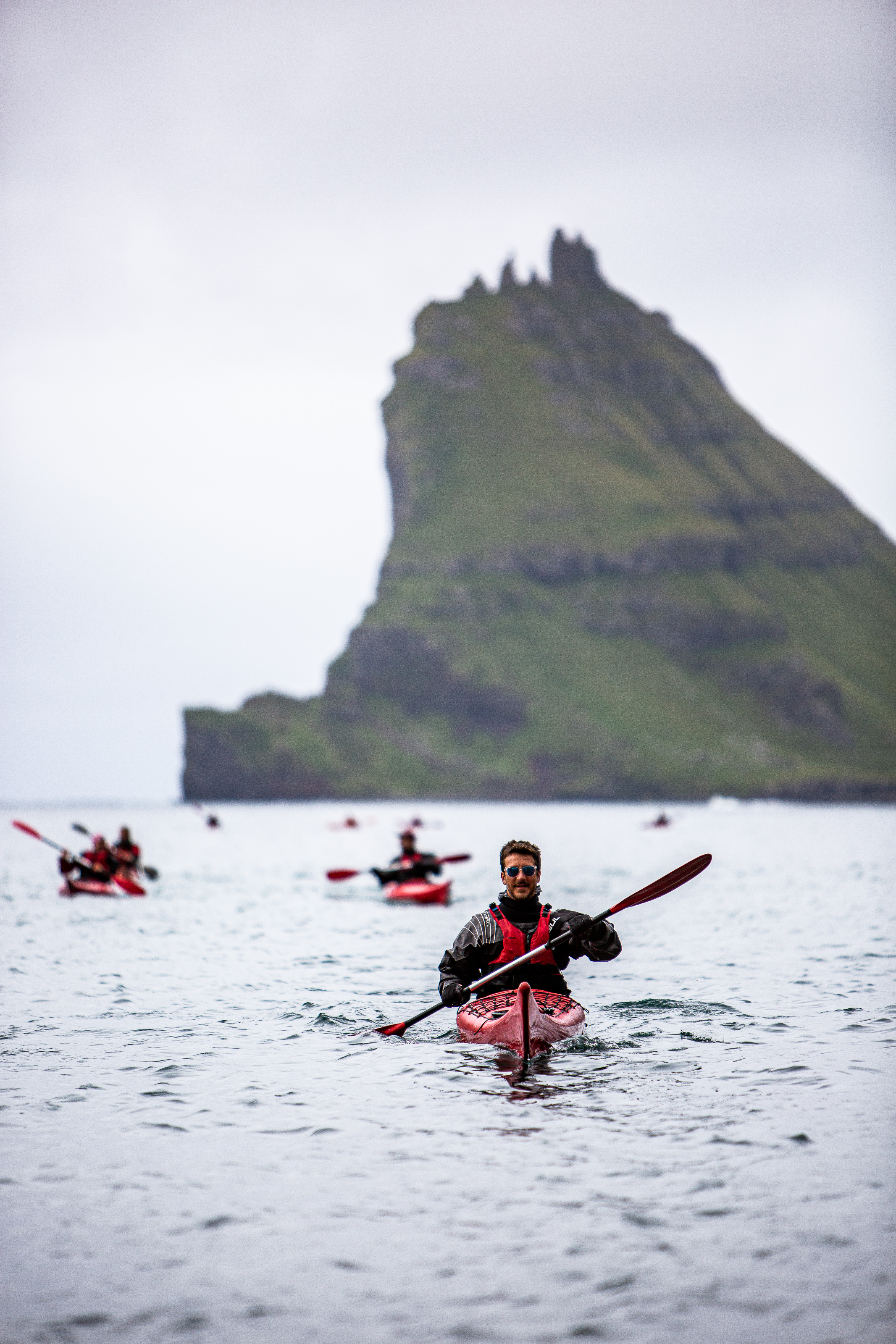 Sea kayaking was on offer too. Photo by Tanya Raab.

The race features the world’s first 2-Michelin star aid-station and the mountain-top restaurant called KOKS served as an official checkpoint. The finish line was on the beach at Tjørnuvík and many of the runners chose to enjoy a wild swim in 10°C water after receiving their medal.

With only 65 people living in this village, the locals rallied together to make Faroese soup for the race finishers, which was enjoyed from the warmth of the village hall. Local Faroese brewery, Okkara, also supplied each runner with a complimentary finish line beer.

As well as trail running there was outdoor yoga, sea cave swimming and rock climbing. The sea cave swimming took place in the Klæmintsgjógv cave system, on the island of Hestur. Klæmintsgjógv is considered one of the world’s largest sea caves, with preliminary measurements showing that it measures approximately 350,000 cubic metres. 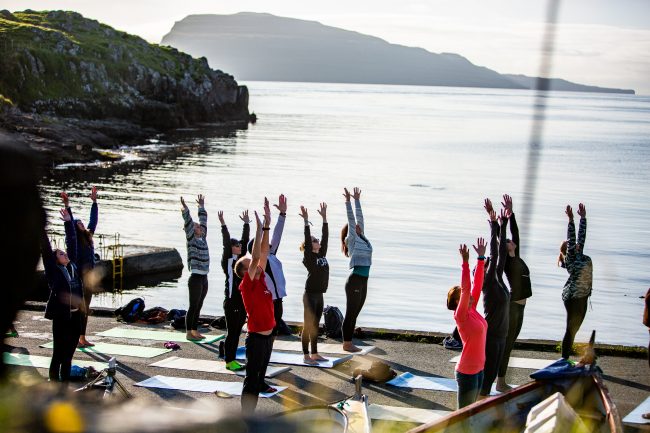 What a place for yoga session. Photo by Tanya Raab.

Meanwhile, Erin Jay from the UK said: “You couldn’t create an event this good… then someone did! Thank for the experience of a lifetime.”

“I returned to this wonderful event in the most magical of locations,” added another participant, Phil Cunningham from Scotland. “Stunning scenery and great adventures with new friends from all over the world. Running at its best. See you next year”. 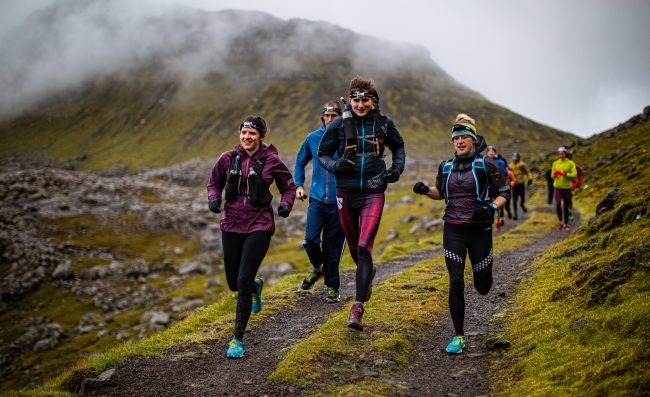 The event also boasted a fantastic musical line up, with high-profile acts including Auntie Flo, who has just won the Scottish Album of the Year Award for his latest album ‘Radio Highlife’, and Bradley Zero, founder of the famous Rhythm Section club night and record label, who played at the opening party on the Wednesday night. 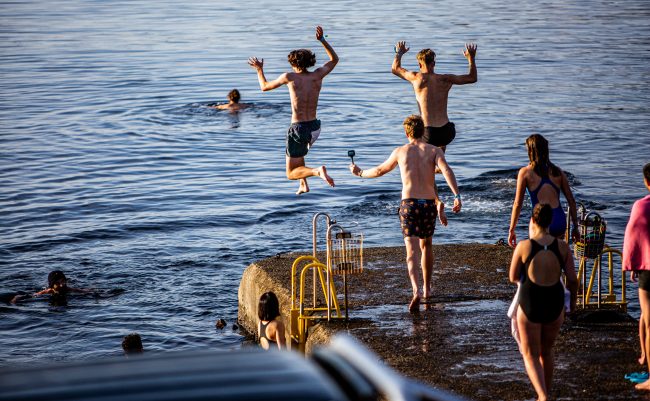 “Looking ahead to next year, we will continue to develop and pioneer trail running in the Faroe Islands,” adds Theo Larn-Jones.

“Planning is already underway for next year’s five-day festival, which will take place from 2 – 6 September 2020.”

For more information about the festival and the Faroe Islands, or to sign up to be part of next year’s exciting event, please visit www.atjanwildislands.com and visitfaroeislands.com