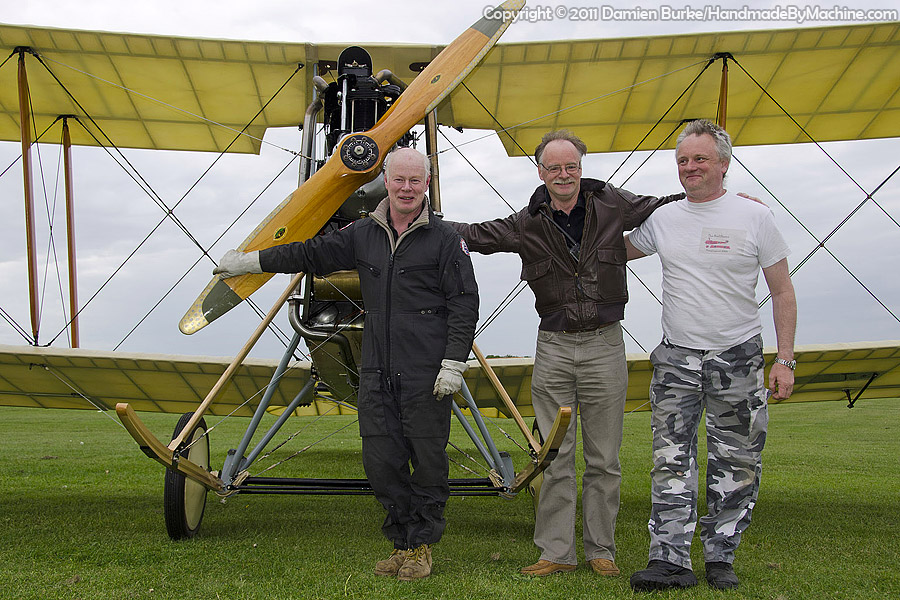 BIGGLES Biplane is a replica of a 1914 BE2c which was Britain’s first purpose-built military aeroplane.

The replica was first built at Sywell in 1969 for the film Biggles Sweeps The Skies and was also used in BBC TV’s ‘Wings’ but crashed in the USA in 1977.

The remains were lost until discovered in 2005, in a barn in upstate New York. UK based pilots Stephen Slater and Matthew Boddington acquired the remains and returned them to Sywell to begin a lengthy six year restoration.

The chance to fly it for the first time came a little before six in the evening on Tuesday 10 May with a light breeze perfectly down the centreline of Runway 23 at Northampton’s Sywell aerodrome. With no crosswinds to worry about for its first flight, the Biggles Biplane’s took to the air for 20 minutes. BE-2s were renowned for their legendary stability and this replica didn’t disappoint. Despite an oil leak and a slightly over-rich mixture setting, the aircraft is now on track to appear at air shows across the UK. Its unique sight and sound will pay tribute to the earliest aviators of the First World War.

For pilot Matthew Boddington, the flight was a particularly poignant moment as his late father Charles Boddington flew the replica on its maiden flight back in March 1969 from the same airfield. 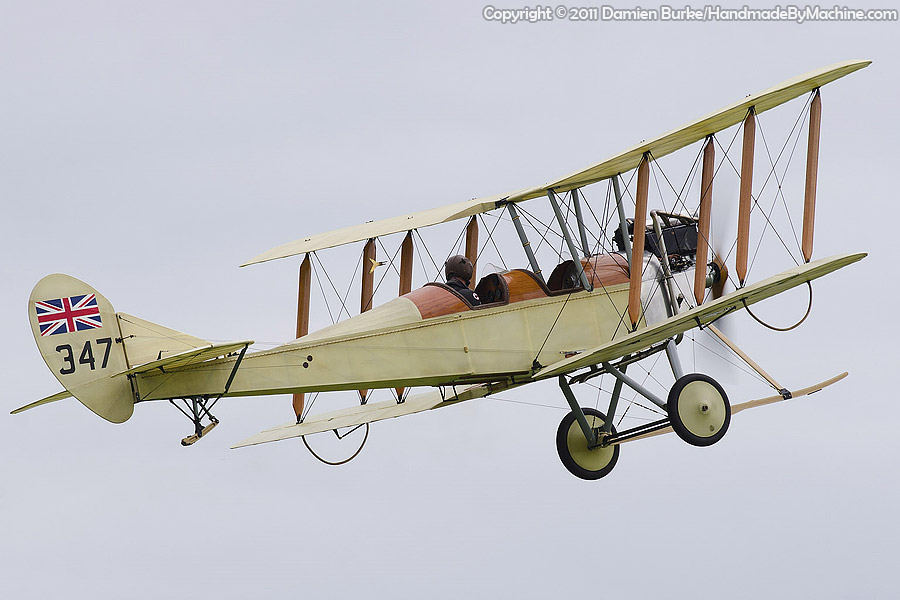 Newspaper cutting from the first flight back in 1969

Although Biggles Sweep The Skies was never finished, later in 1986, Biggles: Adventures In Time was released. Several aircraft were used in the film. These included a Stampe SV.4 flown by Biggles and a Boeing Stearman flown by the villain, Von Stalhein. Also used in ground scenes are several genuine World War I aircraft from The Shuttleworth Collection, including the Avro 504 and LVG C.VI. Here’s a short movie clip. Expect to read more about W E John’s most famous adventure flying stories soon on Adventure 52.