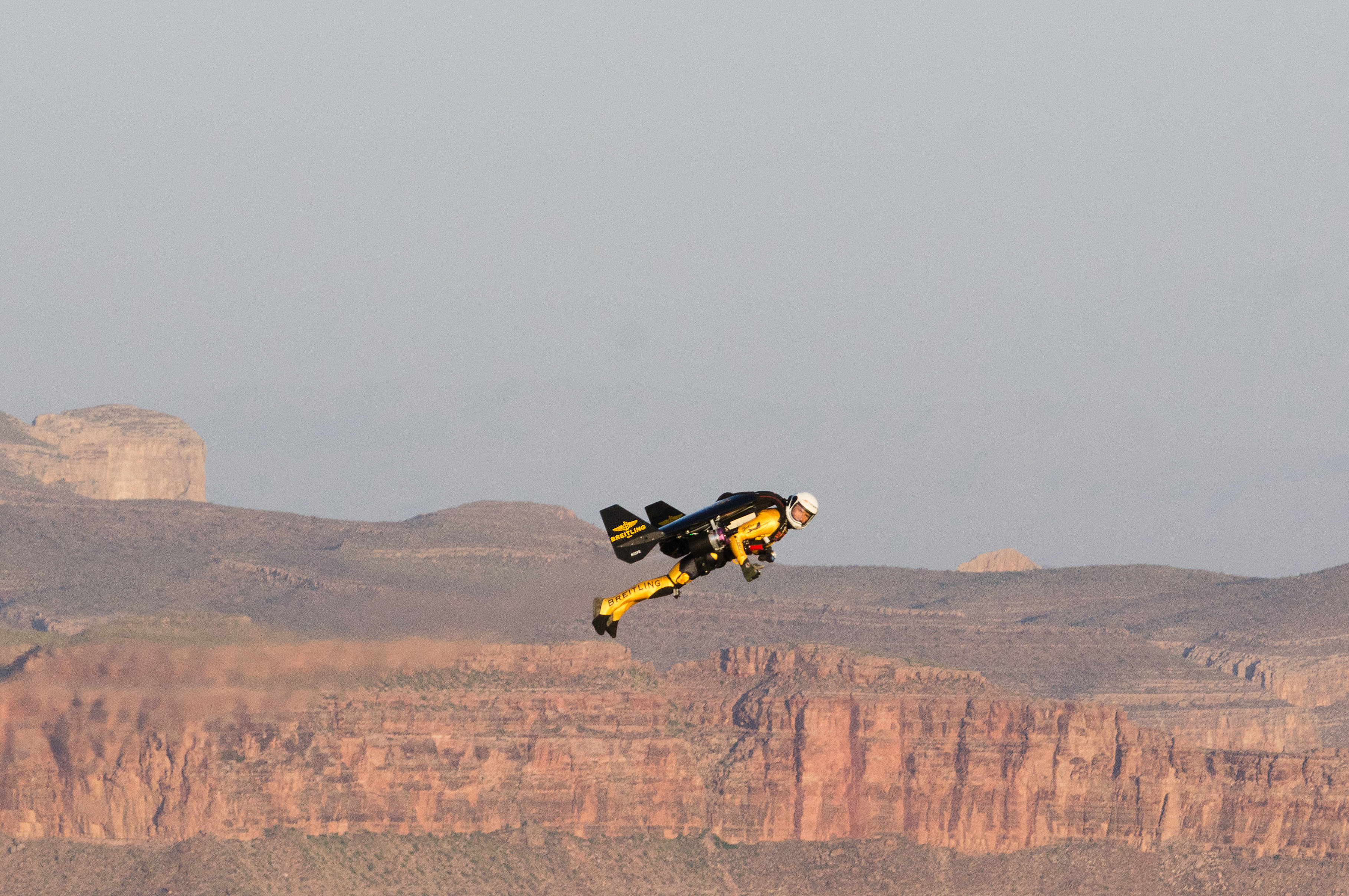 AIRCRAFT need to classified into a category before they are allowed to fly.
But when it came to giving the go ahead for Jetman’s flight, there was no box for ‘jet-powered wing’ to tick against.
It meant that just one week before his flight was due to go ahead, the FAA almost pulled the plug because of an issue over the wing’s certification.
After tough negotiations, the team managed to get the jet-powered wing classified as an experimental aircraft. Yves Rossy must have found the past week frustrating, but he finally made his first flight in the USA on Saturday and boy did he pick a great spot to do it too – right through Grand Canyon West (not to be confused with the Grand Canyon National Park which is 5 hours away.
Grand Canyon West is on the Hualapai Native American Reservation and is owned and operated by the Hualapai Tribe. Yves and the team had to get special permission from them for the flight).
Yves launched from a helicopter at 8,000 feet, fired up the engines and skimmed the rockscape at speeds of up to 190 mph. He kept on flying for more than eight minutes at just 200 feet above the rim of Grand Canyon West. He steers only by the movements of his body. To end the flight, he deployed his parachute and descended to the canyon floor.

“My first flight in the U.S. is sure to be one of the most memorable experiences in my life, not only for the sheer beauty of the Grand Canyon but the honor to fly in sacred Native American lands. Thank you Mother Nature and the Hualapai Tribe for making my lifelong dreams come true.”

Jetman has already won global acclaim for his successful jet-powered flights over Lake Geneva and the English Channel but this was the first time he had ever achieved his dream of flying the jet-powered wing in the USA.