Flying over the Sahara desert in a light aircraft with prepare2go 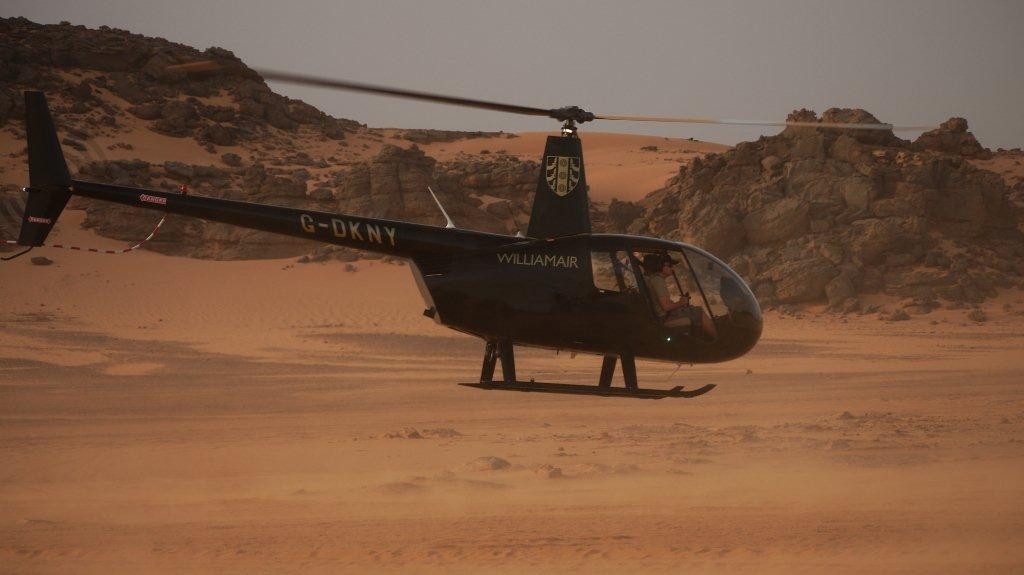 Very few of us get to visit the Sahara Desert.

But if you have your private pilots licence and your own plane then you can now fly to Libya for a flying tour like no other with a company called prepare2go.

Sixteen pilots and passengers flying in nine aircraft have just returned from a nine day tour and while they are still brushing off the sand from their aircraft, the smiles won’t be brushed off so easily.

This was the second year running that a tour, organised by prepare2go, has taken place, but this time round a microlight and a helicopter participated showing that these types of aircraft can also cope with the ruggedness of the Sahara Desert.

The microlight, a fixed-wing Dynamic, was flown by Charles and Amanda Ellingworth, while the helicopter, a gorgeous black and gold R44 was flown by William and Anne Cortazzi. Pictured here, you can see them making a landing in the Akakus Mountain region.

There were many exciting incidents on the trip, some planned, others unplanned, and the helicopter proved it’s flexibility on many occasions. After Charlie in the Dynamic had to land on a track with low-fuel concerns, William then flew a jerrycan of fuel out to him in his R44 to him to get him going again – a great example of the team spirit among‘Fox Formation’ (the name they gave themselves).

For Sam Rutherford, the tour organiser, it was another successful trip in Libya and he now has plans for even more in Africa which may tempt some of us to join in.

He said: “We intend to continue pushing the boundaries of GA, particularly in Africa, where we have the most experience and best contacts.”

The next big trip to depart is a Trans-Africa tour which leaves in February 2011. There are currently just two aircraft spaces left on this one.

Looking ahead to autumn 2011 and Sam has The Helicopter Libyan Safari in October, a new first, and unique in the world, which will be for rotary pilots only and supported by a team of ex-military helicopter pilots.

For his third Libyan Flying Safari, three places are already taken but seven remain on what is becoming the ‘classic’.

Finally, his first ever Algerian Flying Safari will take place next November and is already almost full.

Sam says safaris to Jordan via Iran and Beirut are also on the cards and possibly even some tours in Australia.

“Ultimately though, in Africa everything is possible,” he says.