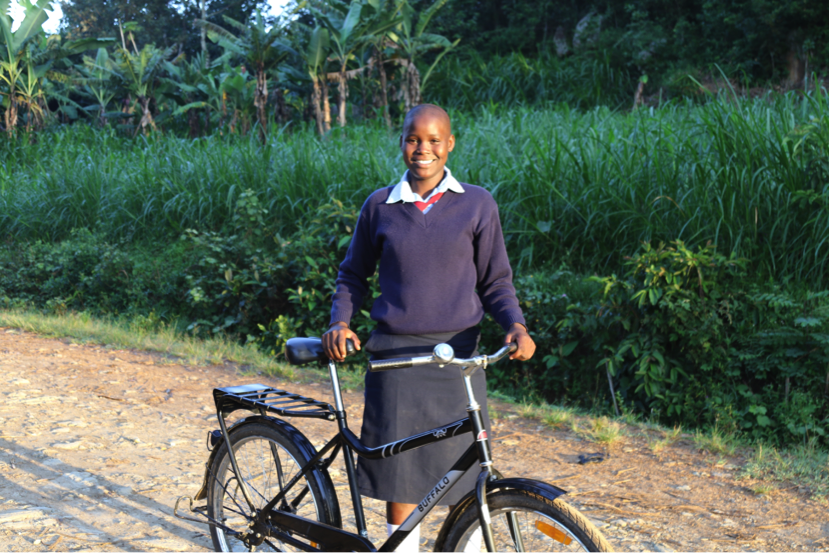 The charity World Bicycle Relief has announced its Christmas campaign with a video that may just have you reaching for your spare change – or perhaps a lot more.

The campaign, called A Way Forward, provides bicycles for schoolgirls in rural developing countries who face long and often dangerous journeys to school.

Around the world, 29 million girls do not attend secondary school. In rural Africa, distance, inequity and early marriage stand between these young girls and their futures. But with bicycles, there is a way forward.

Incredibly, just £95 will buy a high quality bicycle and change a life.

Someone who has seen how having a bicycle can be life-changing is Emily Conrad-Pickles who completed a cycle from London to Capetown earlier this year.

Emily said: “We saw first hand how amazing these bicycles were on our cycle to Cape Town and met a lot of children who can now go to school because of the bicycles.”

The A Way Forward campaign highlights the stories of schoolgirls attending the Bukhaywa Secondary School in Kenya who received Buffalo Bicycles in 2015 and 2016.

One of the students, Dianah, is 18 years old and focused on her goal of becoming a college professor. Dianah’s mother said: “I was fearing for Dianah so much. And I would feel that she might not even finish her education because of the risks facing her on the way. Now that she has the bicycle, I have never worried about Dianah’s going and coming back from school.”

Monica Mudonidongo, the Vice Principal of the Bukhaywa Secondary School has seen a dramatic change in student attendance and academic achievement since the Buffalo bicycles were introduced. She commented: “We are now able to keep all of the girls in school and prevent early pregnancies and marriages. Once the students are educated, we will get more doctors, nurses – the whole community will come up.”

Make a donation via this link www.london2capetown.org/donate