The Atlantic4 prepare for a 3000 mile Atlantic row 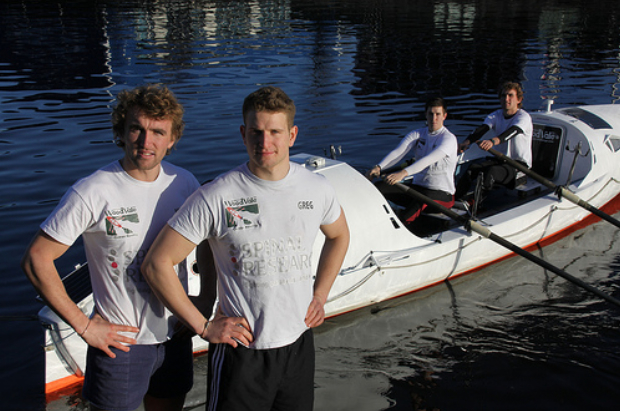 THERE’S something big about taking something as small as a rowing boat across the vastness of the Atlantic Ocean.

And for 4 Loughborough University graduates, it’s the enormity of that task – all 3000 miles and million rowing strokes of it – which makes for the biggest adventure of their lives.

The four lads, Hugo Turner,  Ross Turner (his twin brother), Greg Symondson and Adam Wolley are currently deep in preparation for the row in early December as part of the world renowned Atlantic Rowing Race. They aim to raise £150,000 for Spinal Research too. The reason for this choice of charity is because Hugo suffered a C7 vertebrae injury at the age of 17. The severe damage to his spinal cord meant he needed to undergo surgery for neck reconstruction and after a painful recovery Hugo, now aged 23, was finally able to walk again – six years on. As such, raising money for Spinal research is the least he can do after such immense support duirng his recovery.

Rowing across vast oceans is an adventure gaining more popularity. Tales from Sarah Outen, who rowed single handedly across the India Ocean on her boat Dippers, and her open and honest account of what she went through has inspired many others to face an incredible challenge too. She is currently doing a round the world row and cycle herself called London to London Via The World. See where she currently is here. The thing is with all this rowing at sea, is that most of the time it is simply quite unenjoyable and harsh. It’s the small magic moments of beauty which make it all worthwhile – but often only on reflection after the event.

The Atlantic4 have the help of Stephen Mellor, who’s their nutritionist and personal trainer. For the duration of the crossing, the crew will be sticking to an extremely challenging two hours on, two hours off pattern, with at least 2 men rowing at all times. Stephen now has the guys doing endurance rowing sessions on land and on sea and plans for an 80 mile off-road team cycle and the Yorkshire Three Peaks Challenge. 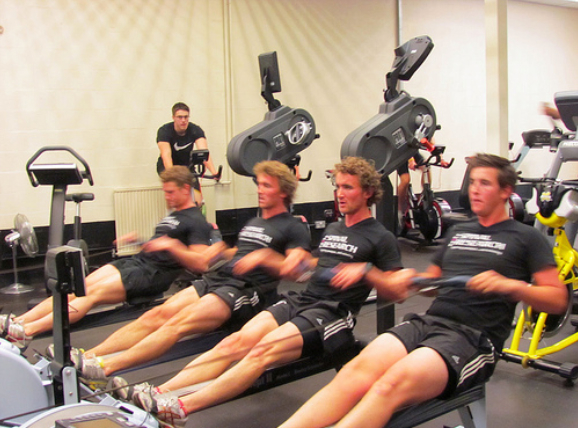 Diet is key too. And at sea, each man can expect to burn anything up to 10,000 calories every single day. By the time they reach Barbados, each will have lost anything between one and a half to three stone. In anticipation of the inevitable weight loss the crew will be undergoing an extreme carb-loading diet by increasing their daily calorie intake to a dramatic 7,000+kcal up until the launch. 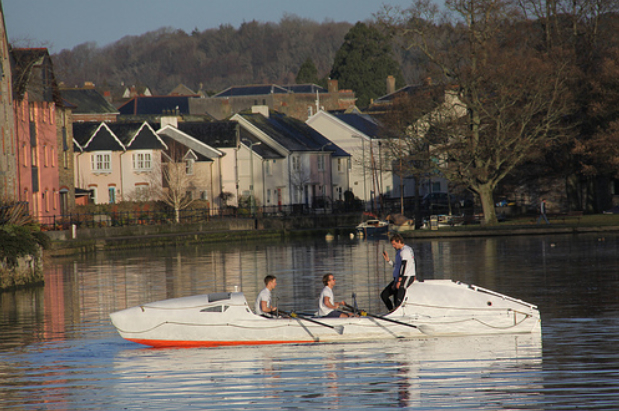 The 4 depart from the Canary Islands (San Sebastian, La Gomera) on 4th December 2011 and plan to arrive in Barbados sometime in February 2012.

See more at www.theatlantic4.com and why not chuck them a fiver too here > www.justgiving.com/theatlantic4