In any kind of adventure there are always unknown factors, and overcoming these is often what gives us that sense of achievement when we get back home.

In this short film, five North Face climbers headed to the Baspa Valley in the Indian Himalayas with no real goal as such, other than to just look around and see what they could climb.

The original idea for the trip came from the late Hansjörg Auer and in the autumn last year, five climbers Matty Hong, Jacopo Larcher, Siebe Vanhee and the Pou brothers set out on the trip.

As is often the case, the weather didn’t play ball, so the film explores how this group of five adapted to the conditions, and how they were also to achieve some first climbs up some of the Baspa Valley’s towering mountains either side. 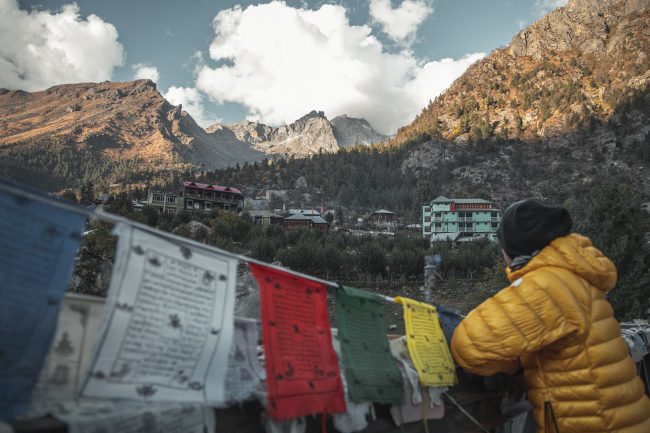 Siebe Vanhee summed up the essence of the trip saying: “Exploring a place is all about expectations. If you expect a lot, it can get really hard, but if you’re really open for whatever can happen or whatever can be in your path, exploration is really fun.”

In a fitting tribute to Hansjörg, the Pou brothers sent “Latin Brother” a 7c+, 560m route, making it a special moment for them both, as well as the team.