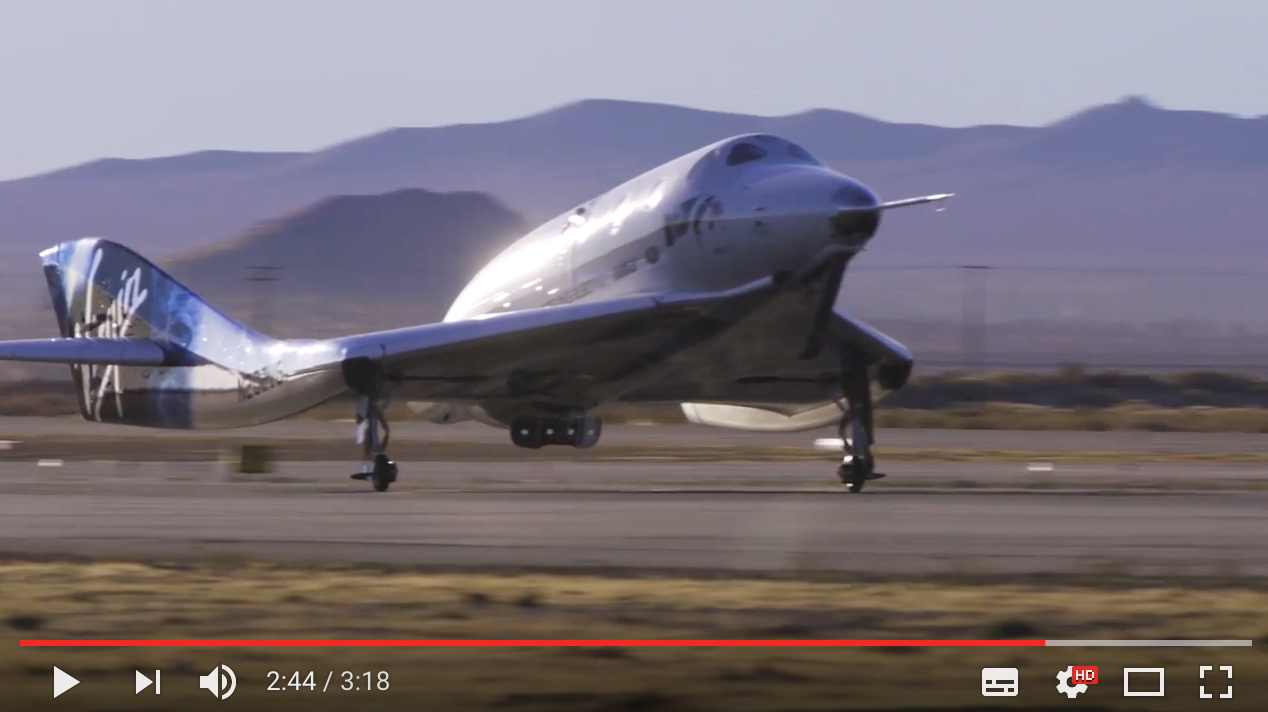 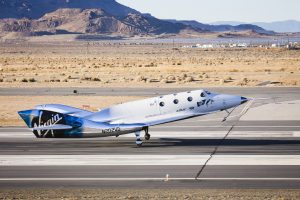 Virgin Spaceship Unity (VSS Unity) touches down after flying freely for the first time after being released from Virgin Mothership Eve (VMS Eve) on 3rd, December 2016 in the Mojave Desert

Virgin Galactic has flown its new Virgin Spaceship called VSS Unity in a glide for the first time, piloted by Mark Stucky and Dave Mackay.

Over the course of the 1 hour 20 minute flight Virgin Galactic’s pilots, mission controllers and ground crew collected valuable data that will help them move the program forward.

For this first gliding test flight, VSS Unity was flying slow, achieving a maximum speed of approximately Mach 0.6 while gliding home from an altitude of 50,000 feet.

To help you work out which vehicle is what, the smaller one SpaceShipTwo (VSS Unity) and the carrier vehicle is called WhiteKnightTwo (also known as VMS Eve).

Loading...
Newer Post
Wilderness Cabin built from parts that fit in the back of a Discovery Sport
Older Post
Here’s a hearty recipe for a beef & mushroom stew