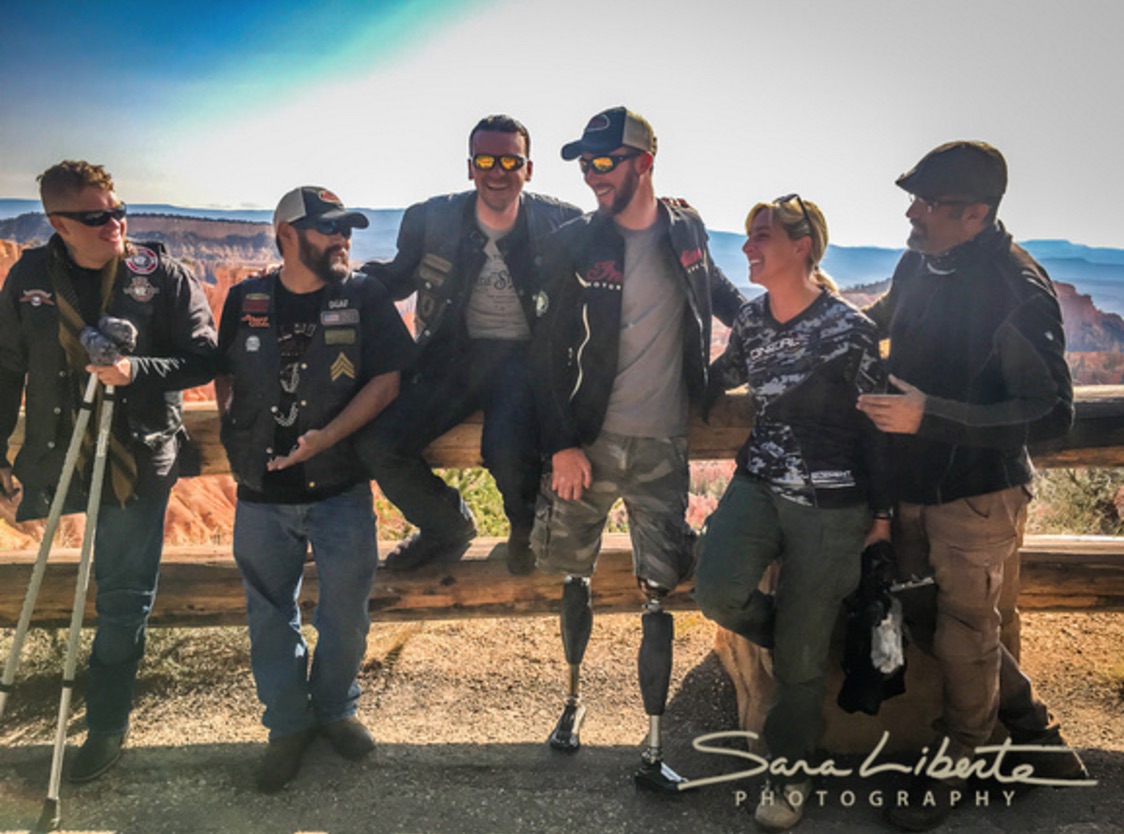 The ‘Veterans Charity Ride to Sturgis’ is currently underway and 20 wounded and amputee veterans are on the adventure ride of their lifetime on a 1,776-mile, multi-state tour on Indian motorcycles.

Veterans from all branches of the military in the USA have been hand-selected to experience ‘motorcycling therapy’ on Indian motorcycles, trikes and Champion sidecars on a ride from Los Angeles to the Sturgis Motorcycle Rally in South Dakota. And based on the looks of the guy’s faces in the photo above, it seems to be doing the trick. 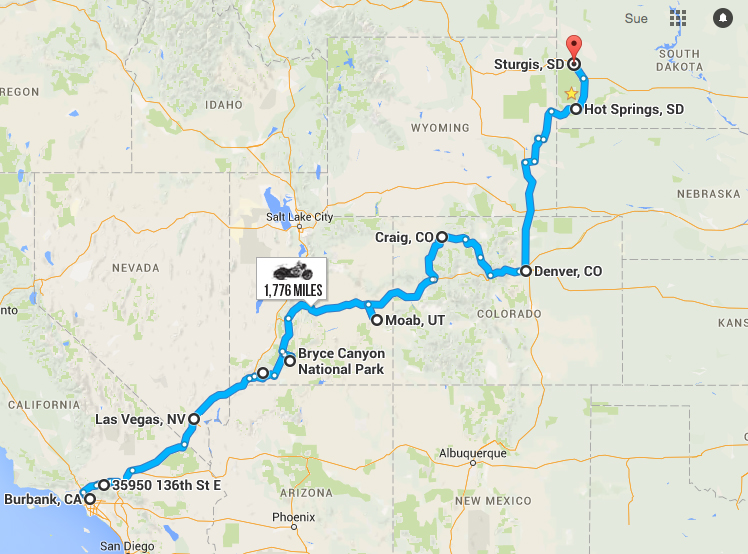 The nine-day journey stops in various towns and cities along the way, giving the veterans a chance to meet the grateful citizens they have made sacrifices for.

Towns along the route include Las Vegas, Moab, Utah, Denver and Hot Springs.

Once in Sturgis, the veterans will spend the week of the rally riding in the Black Hills, attending events and taking part in the ultimate Sturgis Experience.

Mark Wahlberg, actor, producer and an Indian Motorcycle enthusiast is backing the charity ride and said: “I’m so grateful to the participants in this year’s ride and all our veterans for their service to our country. This ride is a wonderful opportunity to support each other and enjoy the natural beauty of this great nation.” 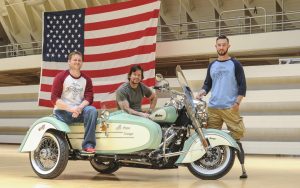 The idea is to leverage the therapeutic effects of motorcycle riding and create an adventure of a lifetime for wounded veterans, helping them to look forward and regain a sense of purpose.

David Frey said: “We’ll spend over a week riding on America’s most beautiful roads, getting to know each other and helping each other through motorcycle therapy. The shared experience of serving brings us 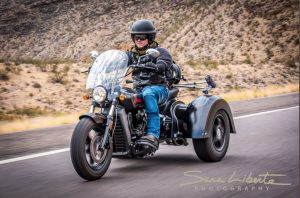 together, veteran to veteran, to help each other heal. We also show the veterans just how much their service means to America by stopping in small towns along the way to meet the people of our nation who want to celebrate these brave men and women.”

Indian Motorcycle Marketing Director Reid Wilson said the brand is proud to be a founding sponsor of the Veterans Charity Ride to Sturgis in honour of the sacrifices made by brave men and women: “Indian Motorcycle has a long and proud heritage of supporting the U.S. Military and our troops over the course of the past century, and we are pleased to continue that tradition as a part of this noble and worthwhile initiative,” he said.

Many of the veterans are riding in Indians fitted with a Champion sidecar. Indian Motorcycle realised that they would need a way to include veterans on this ride that are not able to operate a motorcycle themselves. The idea of sidecars was presented to Champion and they did not hesitate even for a moment to say yes.

Follow the journey over the next few days at: