Report from Stage 1 of the Snow Bike Festival 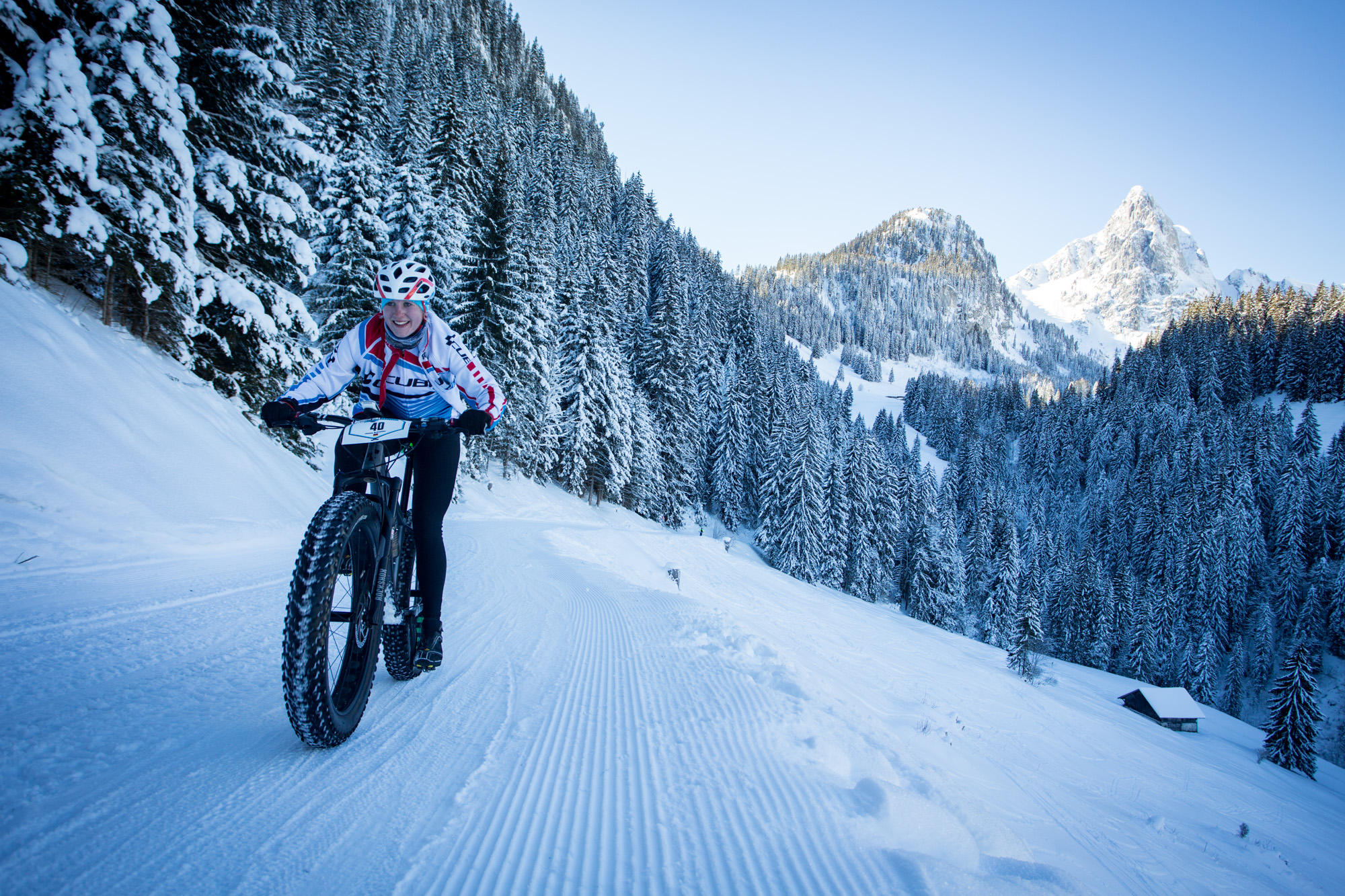 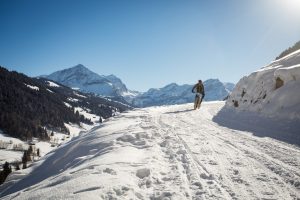 Sub zero temperatures close to -20°C  greeted riders at the start of the Snow Bike Festival in the middle of the picturesque promenade in Gstaad, Switzerland today.

The first stage of the race took riders down the valley towards Saanen. Temperatures headed downwards as well, as riders had to endure -18°C in the shade, before embarking on their first climb of the 2017 Snow Bike Festival. The long climb to Eggli is rewarded by incredibly scenic views at the summit.

“It’s been cold and hard, and I am glad I chose the Plus Bike!” says an exhausted Nathalie Schneitter after crossing the finish line. “One could have done the climb with a normal bike, but the beginning of the race was on very loose ground. Riding a Plus Bike saved a lot of energy down there!”

Katrin Leumann dominated the women’s race and added a stage victory to yesterday’s prologue win, thus defending her Qloom Leader Jersey. She was the first heading into the climb, and also the first at the top of the mountain and safely maneuvered her way down the ski slopes to finish first. Cornelia Hug finished second and Süss in third. 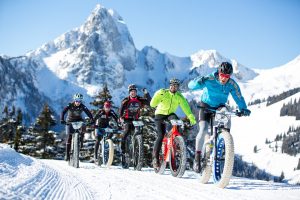 In the men’s race, Nicola Rohrbach presented a dominant display. Riding a normal bike, he came from behind in the final climb to secure a clear victory ahead of German Markus Bauer, who fought off a strong Florian Chenaux in the last meters of the race.  Joris Ryf who won the prologue came in 5th, losing around 4 minutes.

In the GC it is still Katrin Leumann leading the women’s category. She leads by 5 minutes ahead of Esther Süss and Cornelia Hug.

It is a much closer game in the men’s category: Nicola Rohrbach is leading, but it’s just 1’30” that separate him from Florian Chenaux and then a few seconds to Markus Bauer. Joris Ryf is 2 minutes behind the leader.

Saturday will bring along new challenges including a long climb up today’s decent and a thrilling downhill on a ski slope.