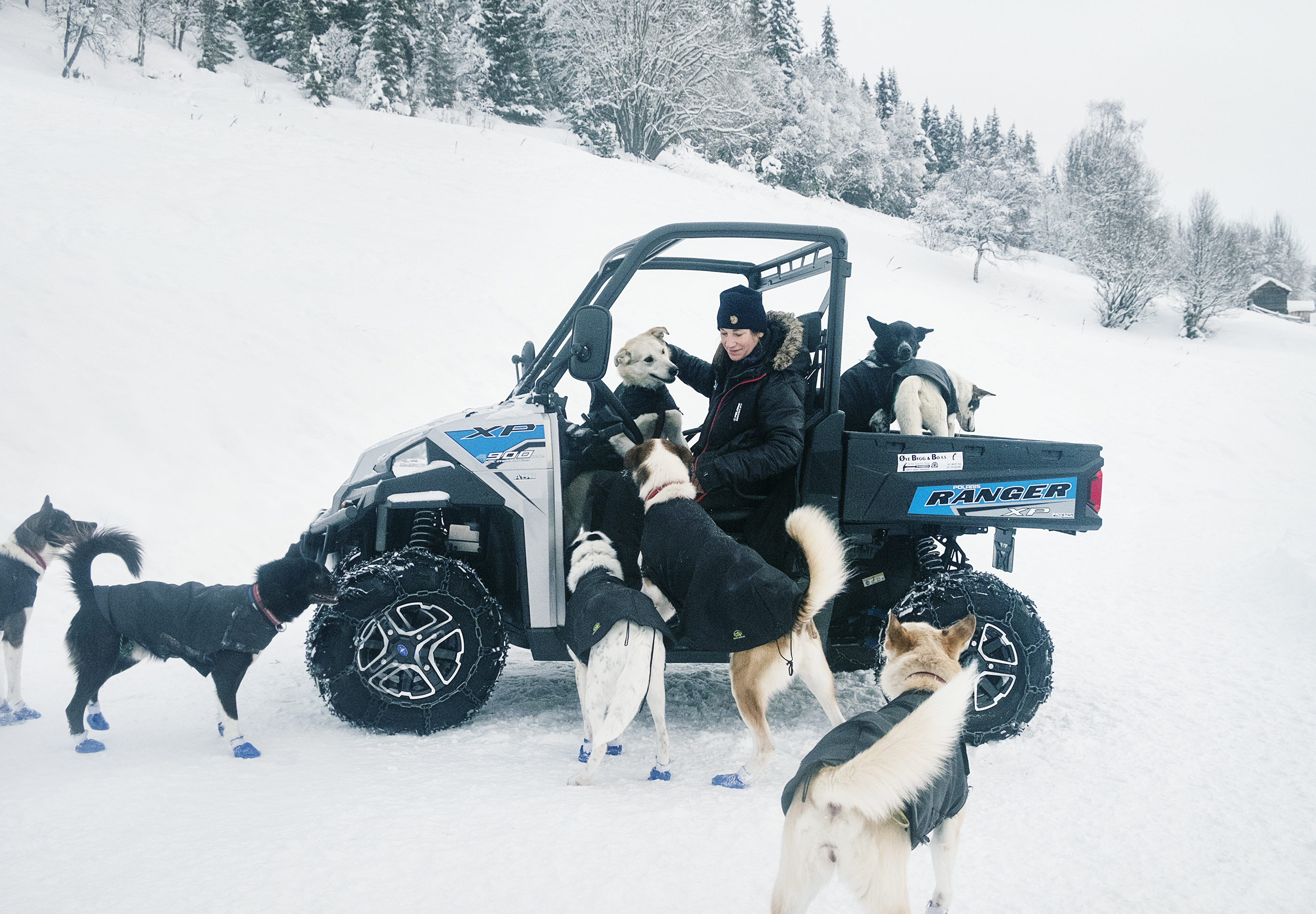 If you want your Husky dogs to go fast then here’s a novel way to pace their speed – by using a Polaris RANGER off-road vehicle.

Norwegian musher and journalist, Marit Beate Kasin (33) has been using a Polaris RANGER XP 900 at 10 to 12 km/hr to get her 30 Alaskan husky dogs fit enough for  Europe’s longest dog sled race, Finnmarksløpet, which starts on Friday 9 March.

Marit first competed at Finnmarksløpet in 2015 and was awarded ‘Rookie of the Year’. The following year, she won the Norwegian Championship and in 2017 she won a silver medal.

This coming March she heads to the event with 14 dogs, and while she wants to win, Marit is keen to stress the most important thing is not the finish line, but “the experience and growth we experience along the way.” 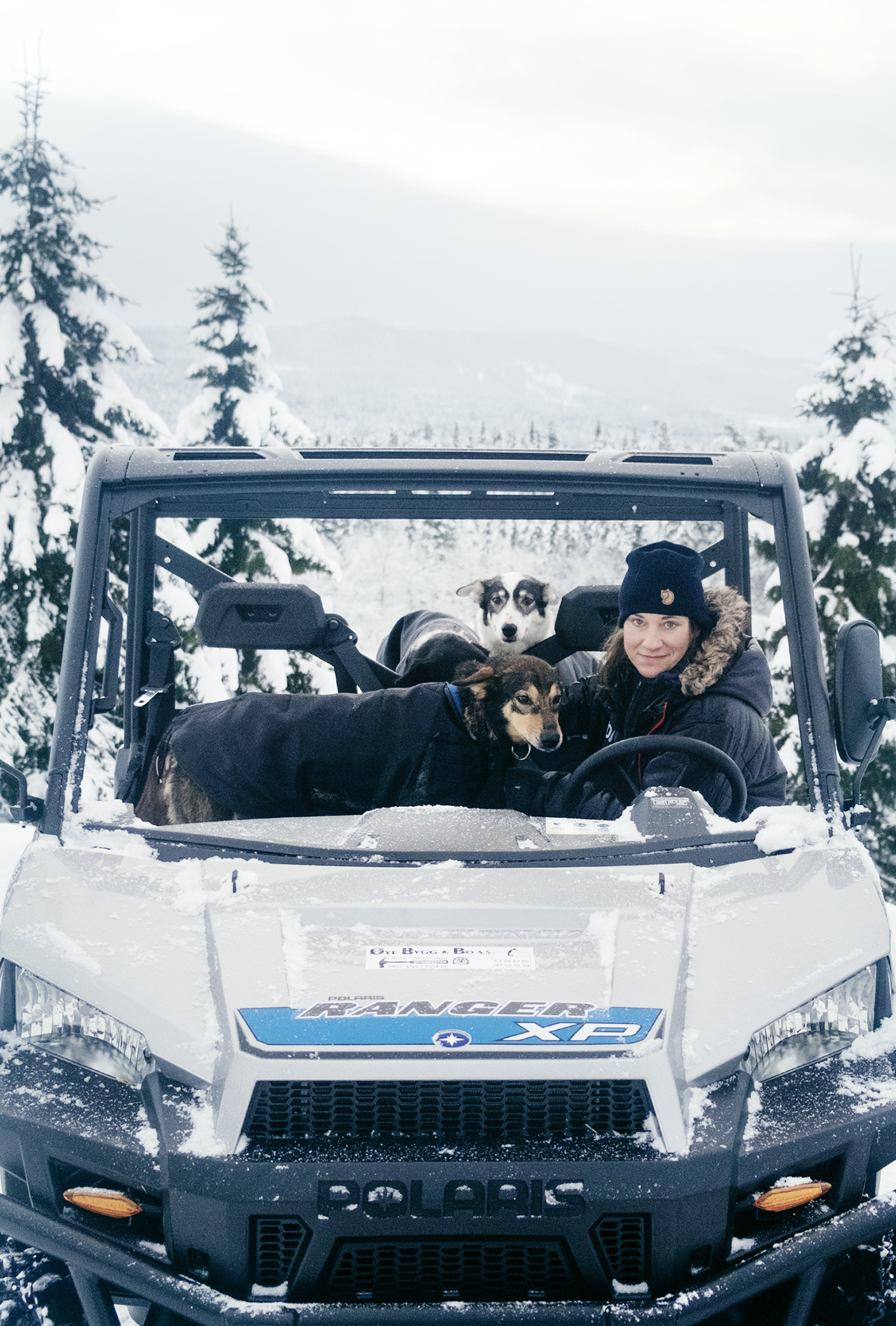 “Dogs have always been a huge part of my life,” she says. “They were the first thing I saw when I opened my eyes as a newborn, and I have always had at least one dog. When I was seven years old, I read about Iditarod – the world’s longest sled dog race in Alaska. It made an impression on me and I never forgot about it. That’s how the dream came about. I decided that I wanted to compete in the world’s longest dog races.”

She uses the Polaris RANGER when there is no snow on the ground. At the start of the season she builds their speed up gradually around five times a week.

Marit adds: “I have plenty of space to for equipment, water and dog food for our trips and I can easily control the training speed between 10-15 kph. The dogs are hooked up two and two together in a long gang line. The Alaskan husky is a very nice breed to work with; they are athletic, easy learning and social individuals who like to work in a pack. Every time I start the Polaris, the dogs begin to jump and bark. They love to run and know that the sound of engine means a new training trip.”

During the autumn season, the dogs are trained over 2000km with the RANGER before switching to a sled when the snow arrives.

Marit says the race is long, desolate, extreme, tough and beautiful. “It’s a challenge that goes on day and night for a whole week, where men and women compete in the same class, against ourselves and nature. I’m very thankful to be able to experience together with my dogs. I have an incredible respect and fascination for the dogs’ performance and athletic potential. It’s all about the dogs. If I take good care of my four legged friends, they give everything in return; trust, love and performance.” 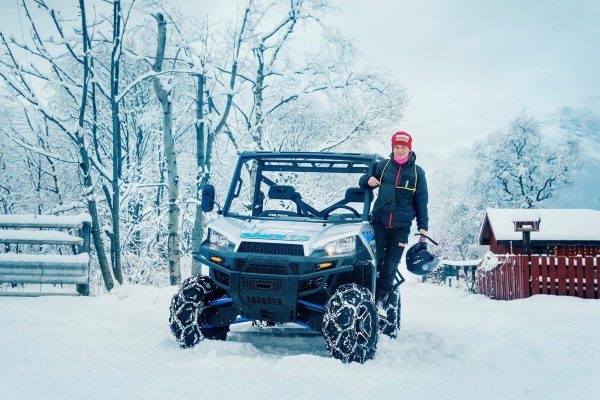 To read more about Marit, her dogs and stories, she will be launching a new book ‘Vinterdans’. Alternatively, follow her on Facebook here: www.facebook.com/vinterdans