Join the flying adventure to AviationEXPO in Bitburg 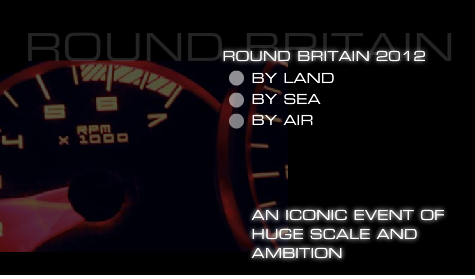 NEXT year, one of the most ambitious Land:Sea:Air races will take place around the UK.

But before the big race there is a taster event being put together by RB12 specifically for pilots where we can fly from Lydd Airport across the channel to Bitburg in Germany to visit the big GA show, AviationExpo, in Germany from 27-29 May 2011.

RB12 and the organisers of AviationEXPO have teamed up to create a package that’s guaranteed to spark some interest in pilots who want to fly abroad.

On arrival in Germany, crews will have a tour of the Bitburg Beer factory and attend an evening reception sponsored by AV Buyer Europe. As well as the flight over to Bitburg, pilots will also be encouraged to fly their aircraft in a local area ‘treasure hunt’ with prizes being awarded to the best crews. We’ll even get to fly over the famous Nurburgring race track.

The cost to enter for UK aircraft is £750 per aircraft (ex vat) based on 2 crew per aircraft for the 3 days. This includes all landing fees, hotel accommodation for 2 nights, minibus transport, evening receptions, briefing packs, show entry and prizes.

Stuart Mckean, RB12 Director sais he now wants to show as many prospective entrants as possible what RB12 Air is aiming to deliver and added, “AviationExpo Europe is a great event for us to demonstrate our commitment to hosting a first class Air event. This will be a great opportunity for pilots to experience the flavour of an event of the scale and ambition of RB12.”

One pilot who has signed up to join in the trip to Bitburg is 59-year-old Dick Shepherd, a PPL with around 200 hours. He’s flown many trips in the UK

but none abroad which is why the chance to fly with others to Germany is so appealing. “I’m conscious that I don’t want to end up just pootling around with my flying,” he says. “It’s a question of pushing myself and Bitburg is an opportunity for me to do just that but with the pleasure of knowing that most of the planning and logistics have been taken care of by Stuart.”

There’s another reason driving Dick’s decision to fly himself abroad as next year he turns 60 years old. “I am conscious that this is something I need to do before I get too much older,” he says. The Treasure Hunt aspect of the Bitburg trip also appeals to him and it has stimulated him into flying with the British Rally Flying Association. “It’s a way to prepare for Bitburg and to get some new skills,” he says. “So I’m now dusting off my whizz wheel and reading up on navigation techniques!”
Dick will be flying a Cessna 172 to Bitburg with a non-pilot friend in May.

THE PLAN FOR BITBURG

Friday 27 May
A breakfast briefing in Lydd Airport followed by a flight to Bitburg.
Bratwurst and Bitburg Beer on arrival.
Tour the Bitburg beer factory.
Evening reception – Sponsored by AV Buyer Europe.

Sunday 29 May
Return flight to UK

Bitburg is a warm-up event for the 2012 Round Britain race next year. This race will be the first time that there has been a simultaneous Air, Sea and Land race around Britain. Unlike standard air racing, during RB12 the pilots will be able to choose which speed category they wish to be entered in.
GPS trackers will be installed in every aircraft to monitor where they are and their speed throughout the whole flight. Each aircraft will remain at or below their maximum nominated speed and if an aircraft exceeds that nominated speed at any point, they will be disqualified from that leg.

Points will be awarded at the end of each leg as follows:

During each leg, pilots will be given further challenges in which additional points will be awarded.

At the closing party, the pilot with the most points will win the RB12 Air Race Trophy.

PPL holder Daniel Pangbourne, an experienced air racer, has already signed up to take part in RB12. He’s interested in the race because he says it combines the elements of a rally, a competition and a ‘jolly’. He’ll be flying a Grumman AA5 in the race next year and loves the fact that the cars, boats and planes are all being pulled together for the event. “Personally I have always wanted to fly around the coast of Britain,” he explains. “Having a lot of the organisation taken care of makes this a great opportunity to fly round Britain – and to do it with like minded people too.”

Daniel will also use the two weeks of flying as a way of catching up with friends all over Britain. He’s also looking forward to the evening events where he’ll meet the drivers and sailors of the cars and boats. “Although you could probably fly yourself around Britain tomorrow, you wouldn’t just go and do it,” he adds. “But with the responsibility and information shared in this event, it’ll be great fun to fly with other people and be part of something.”