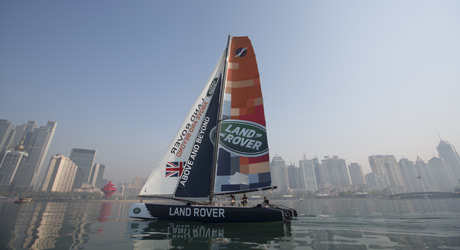 LAND Rover is sponsoring the Extreme Sailing Series for the next three years.

There are five more races to go (or acts as they’re called) with the next one in Istanbul on 20-23 June. The series then comes to the UK in Cardiff from the 23rd to the 26th August.

Land Rover hopes to race it later this year with a professional race team as a Wildcard entry. In the meantime the Extreme 40 will be used to take out guests and customers.

Land Rover’s support for sailing began in 1988 when the brand first sponsored the internationally renowned Cowes Week on the Isle of Wight, England. China has now become the single biggest market for Land Rover and Mark Cameron, Land Rover’s Global Brand Experience Director (christening the Extreme 40 with champagne below) says he is looking forward to a new and exciting chapter in Land Rover’s support of sailing.

“We have always considered the sport of sailing and the philosophy of Land Rover go hand in hand, with our shared values of inner strength and demonstrating capability with composure,” he adds. 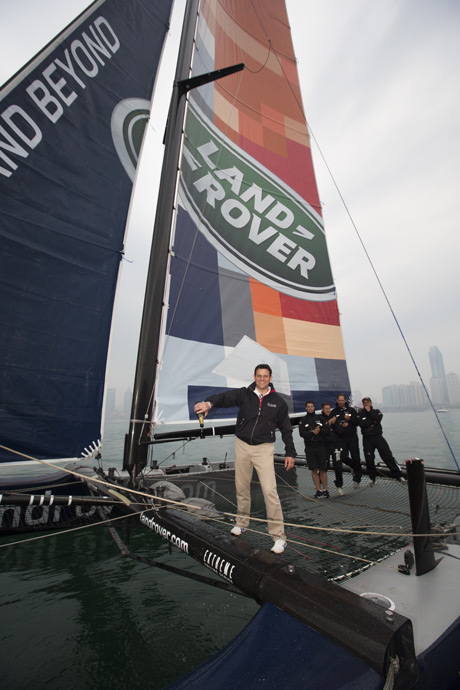 Mark Cameron was joined by Guo Chuan, the first Chinese person to sail non-stop, single-handed around the world at the unveiling of the Extreme 40 at Act 3 in China earlier this month. 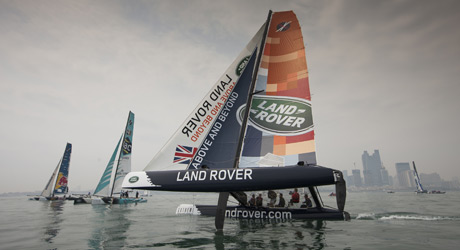 Each Act takes place over four days and can include match racing, fleet racing, straight line duels and speed trials. The Land Rover Extreme Sailing Series is endorsed by the International Sailing Federation and continues to gain in popularity. 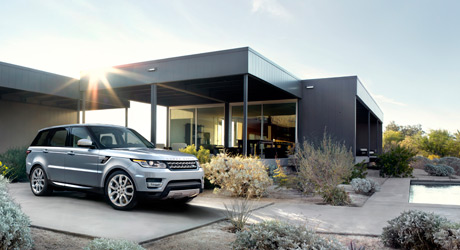