Motorcycle test will be revised in 2011 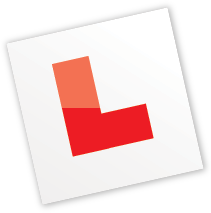 IF you have plans to take up adventure motorcycling in the New Year, then it’s likely there will be a revised motorcycle test in late 2011.

At the moment the bike test is split into two modules but Directgov has announced it is considering some proposals to create just one test which takes place completely on the open road. The biggest change will be the removal of a ‘swerve’ manoeuvre which was introduced in May 2009.

Module 1 currently takes place in a specialised test centre away from the open road and tests riders on their ability to control their machine safely. This module also includes a hazard avoidance manoeuvre or a ‘swerve’.

Module 2 includes the eyesight test and 30 minutes of on-road riding.

The ‘swerve’ part of the test was brought in at the end of April 2009 to simulate a real-world scenario but in the first three and a half weeks of its introduction there were 15 incidents actually during the exam, with at least one rider left with broken bones.

Since then some instructors and examiners have been campaigning to have the swerve removed, not because it is dangerous but because the test centres aren’t adequate to allow the manoeuvre to be carried out successfully, so this latest announcement from Directgov is good news.

Part of the problem is that riders had to accelerate to 50km/hr and then carry out the swerve but the special test centres set aside for this aren’t long enough to allow safe acceleration up to speed. In short unless riders accelerated really hard then they were failed for not reaching 50 km/hr before the swerve. In other cases, when the conditions are wet, there isn’t sufficient stopping distance.

The government is now proposing to replace the current swerve with a new one which could be carried out on the road instead of at the test centre. There is no further information about what this new ‘swerve’ actually might be though.

It’s also been proposed that the slow manoeuvres, such as the slalom, figure of eight and the infamous u-turn (during which placing a foot down is an instant fail) could be tested at the training centres before a main test on the road but again, nothing will be confirmed until later on in the year.

The next step will be trials with test-level candidates and then a public consultation on the changes. A new test could then be introduced by the end of 2011 or early 2012.

To read more about getting a motorcycle licence go to www.geton.co.uk
ADVENTURE MOTORCYCLES 45 RIDE & DRIVE 50