View From Inside The MX-5 GT 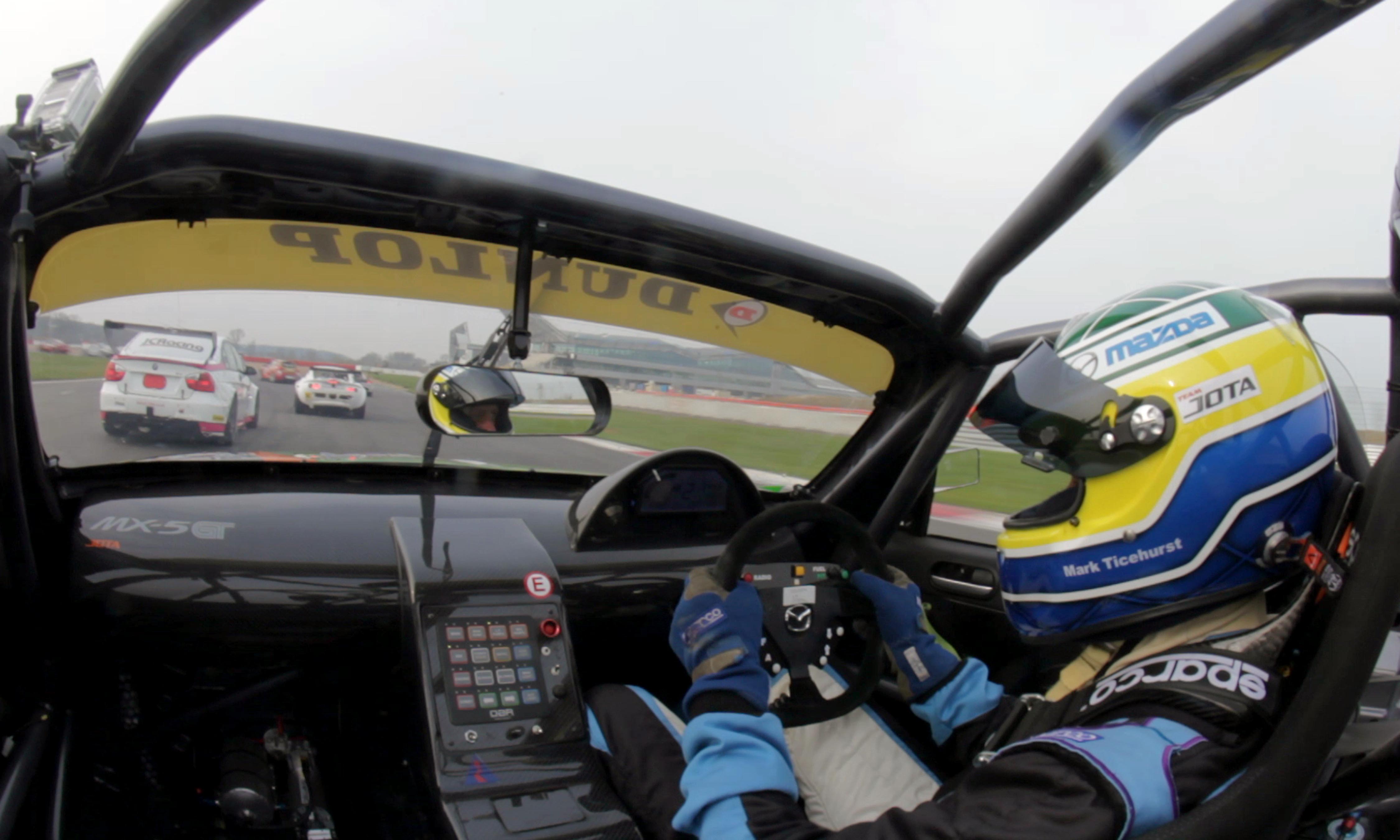 THE past weekend saw the inaugural race for the Mazda MX-5 GT in the Britcar MSA British Endurance Championship at Silverstone. As we announced on Adventure 52 last week, the GT version is somewhat of a beast having 275hp and capable of nought to sixty in just three seconds – and here’s what it looks like from the driver’s perspective.

So how did the GT get on? Well it qualified well for the three hour endurance race in the hands of drivers Mark Ticehurst and Owen Mildenhall despite only having run for the first time on the 15th March. The Mazda MX-5 GT was running second in class until contact with another car damaged the differential, which necessitated a pit stop. Although the Jota Sport technicians bolted in a new differential in just 15 minutes, this dropped the car to sixth in class where it finished.

Spirits remain high though and the rest of the paddock took much interest in the hulk-green open-top sports car battling it out on track.

“This was very much a development race for us,” commented Sam Hignett, Managing Director of Jota Sport.  “The car was only completed on the 15th March and first ran at a circuit the Monday before the race. We were very pleased at how the Mazda MX-5 GT ran and we see that there is enormous potential in the car.  We have some work to do on the suspension and steering before the next race at Rockingham on April 17th, but the car is quick and reliable.”