Prince Harry to arrive at the South Pole tomorrow 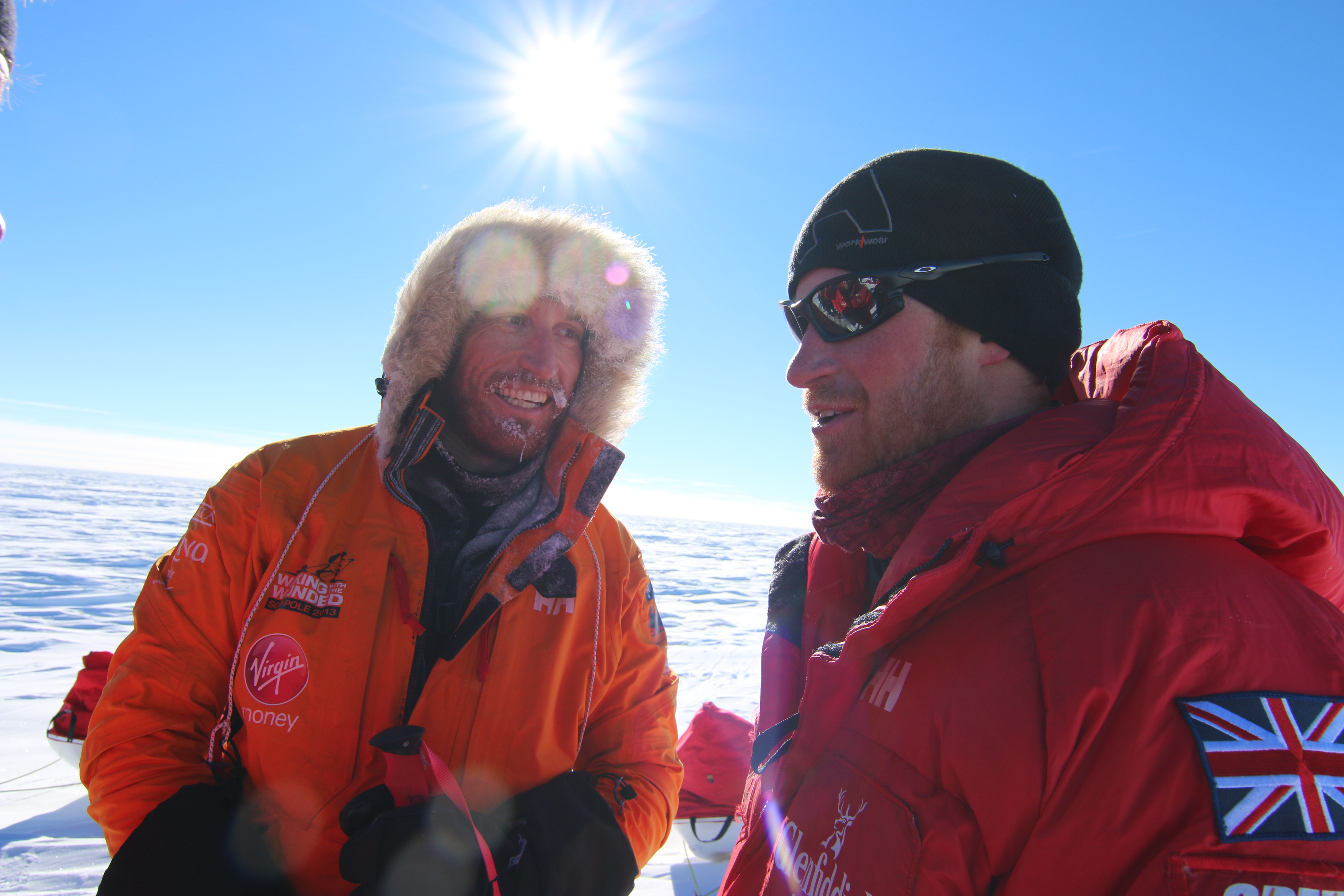 THE Virgin Money South Pole Allied Challenge finally draws to a close tomorrow afternoon, as all three teams of wounded servicemen arrive at the South Pole.

The end is almost in sight making Prince Harry somewhat reflective on the past few weeks in Antarctica.

“I think it is going to come all pretty quickly to us,” he said. “We’ve been out here now for about 3 and half weeks.

Everyone is in really high spirits. The race obviously got cancelled a couple of days ago – a really good thing that has happened. It is nice to see everybody intermingling with each other, not only every night because we camp together but also during the day. People are starting to enjoy it and it gives these guys a good chance to consider how they feel, to think about friends at home, to think about fellow friends who are also injured.

I think it is a really, really good thing that the guys have more time on their hands to think about stuff like that, rather than just ‘grit and grind’ and trying to push through the pain barrier as they race each other.

Everybody can’t wait and is really excited. Spirits are incredibly high. The weather is still holding off, which is really nice – it it’s about -35ºC now and 24-hour sunlight, which is nice in these tents to keep us warm at night,”

Expect to see more photos from Harry and the other servicemen at the South Pole this time tomorrow.

For now though why not join in with the Walking Home For Christmas event being organised by Walking With The Wounded in a show of solidarity for our wounded servicemen and women.

Registration is just £30 and and it will go directly to the charity so it’s a chance to give back and say thank you to the boys for being so courageous. More on the event here.