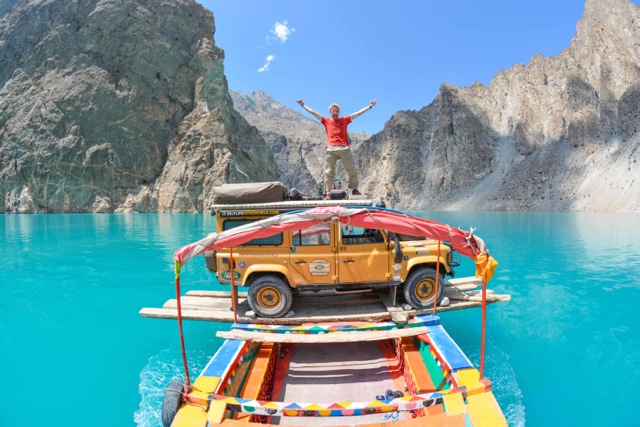 REMEMBER the guy who won ‘the best job in the world’?

The job was a six-month stint as the ‘caretaker’ of Hamilton Island in the Great Barrier Reef and the name of the guy was Ben Southall.

Ben, now 39, is currently on a new adventure, one that’s retracing the route of the 1955 First Overland Land Rover journey from Singapore to London.

Sophee smiles at the start, the Raffles hotel in Singapore

This time his wife (Sophee) has gone with him and on 8th February 2015 the pair drove out of Singapore in their Land Rover Defender called ‘Colonel Mustard’ to begin their journey back to the UK.

Along the way, the two adventurers are trying to meet other people who genuinely believe they have the ‘Best Life in the World’ and asking them what makes them happy.

They have been documenting the stories of the people they meet on the dedicated website www.bestlifeintheworld.com.

One of their most humbling experiences so far was visiting Nepal and feeling the shudders of the earthquake on 12th May. Ben said: “We met a Rescue Pilot while in Nepal called Ram. When the first earthquake hit, Ram was one of the first helicopter pilots to fly aid into the devastated areas around Everest Base Camp and Langtang. When I caught up with him for a coffee in Kathmandu his positive outlook and stories of the experience left me captivated and gave me a different perspective on life.”

The expedition is being sponsored by my Travel Cash and the couple are using a Multi-Currency Card to withdraw and pay for things during the trip. The Multi-Currency Card is loaded up with GB Pounds and can be spent in any foreign currency based on the exchange rate calculated at the time of the transaction. 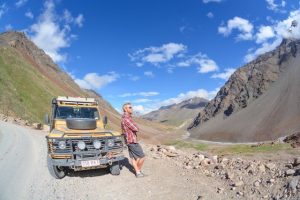 Ben Southall takes time to take it all in

As well as looking after Hamilton Island and driving back from Singapore, Ben has also been on other adventures. In 2008 he climbed five of Africa’s highest mountains and ran five marathons during a circumnavigation of the continent on the ‘Afritrex Expedition’.

And in 2011 he kayaked 1,600km along the Great Barrier Reef retracing Captain Cook’s ‘Voyage of Discovery’.