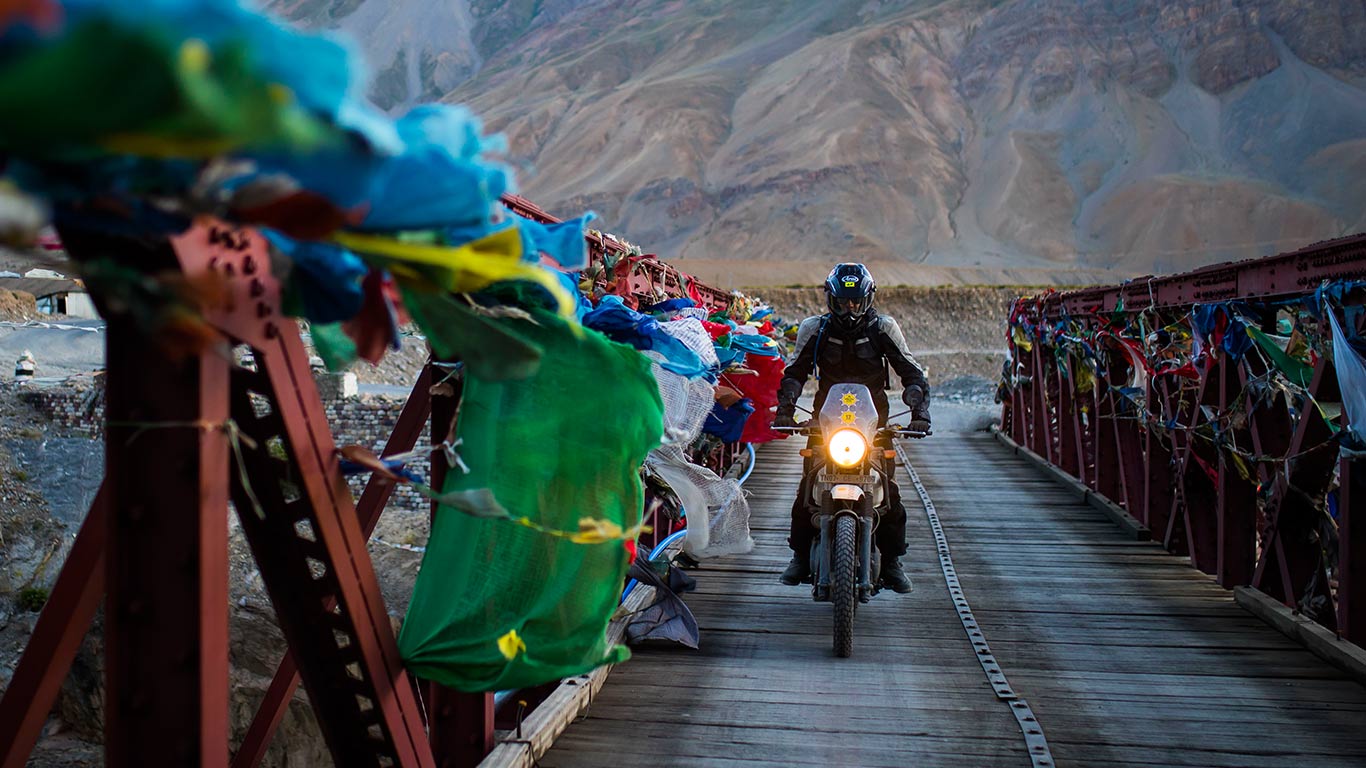 Royal Enfield is expected to unveil its Himalayan adventure bike at the EICMA motorcycle show in Milan next week, something we can’t wait to see.

Before then, the brand has launched a range of clothing, some of which has adventurous styling. Here’s a look at what’s on offer.

Named after the mountain called K2, this down jacket is an ideal addition at this time of year to go under your biking jacket or to just wear casually. The filling is 90% goose down and 10% feathers. The seams are heat sealed so the feathers won’t leak out. It comes in black, blue or grey and costs £99.99. 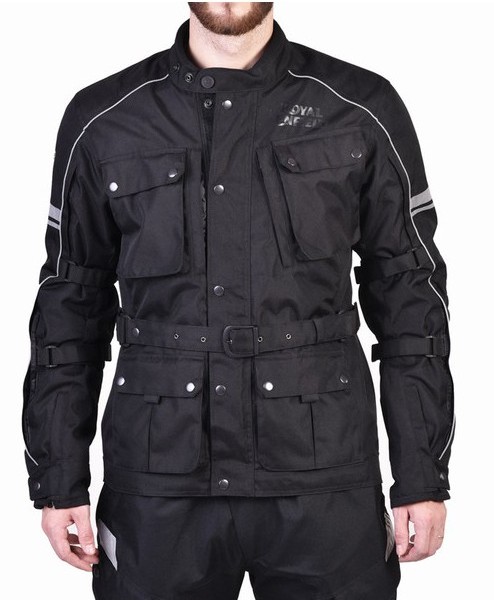 Made of polyester, this has Cordura fabric on the likely impact areas as well as CE-certified protection. Royal Enfield says it’s been made using feedback from seasoned Himalayan riders and is a “take anywhere classic adventure touring jacket” built to see you through the cold, the rain or the summer heat. Royal Enfield’s K2 down jacket and Bullet sweater can easily be worn underneath. Kaza itself is a town in the remote Spiti Valley in the Himachal Pradesh in the Western Himalayas. 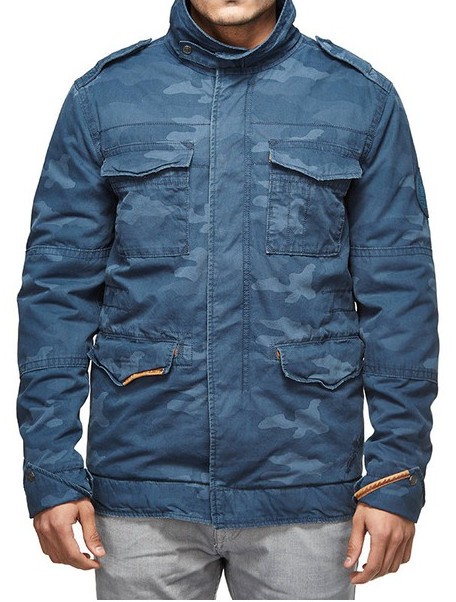 This Classic field jacket has been “enzyme-washed” so that the cotton canvas material has a softer feel to it.  There’s extra wadding inside it for warmth along with a few leather details and plenty of pockets. This is more of a casual jacket than one for riding on a bike. Costs £199.99

We all need a grey marl sweater in our wardrobe and this vintage one featuring the graphic of a Royal Enfield Bullet on the front appeals because it’s not hugely branded up with RE all over it. A nice subtle piece to wear this winter. Costs £59.99

These weatherproof, water-resistant Zanskar boots go well with any of Royal Enfield’s motorcycle models. In case you’re wondering, Lonely Panet describes Zanskar as “a majestically rugged and mountain-hemmed valley ideal to explore by simply getting there on a trek”.

Ok, so these trainers don’t have enough protection in them to ride on a bike, but as a pair of everyday footwear, they’re ideal. As well as navy, these come in brown. And the name Alston? Well it’s a town in England in the North Pennines that claims to be the highest market settlement in England, being about 1000ft above sea level. Cost £79.99.

All of the Royal Enfield clothing mentioned here (and more styles) can be purchased from “concept” stores in Bethnal Green, Mitcham, Watford and St Helens. 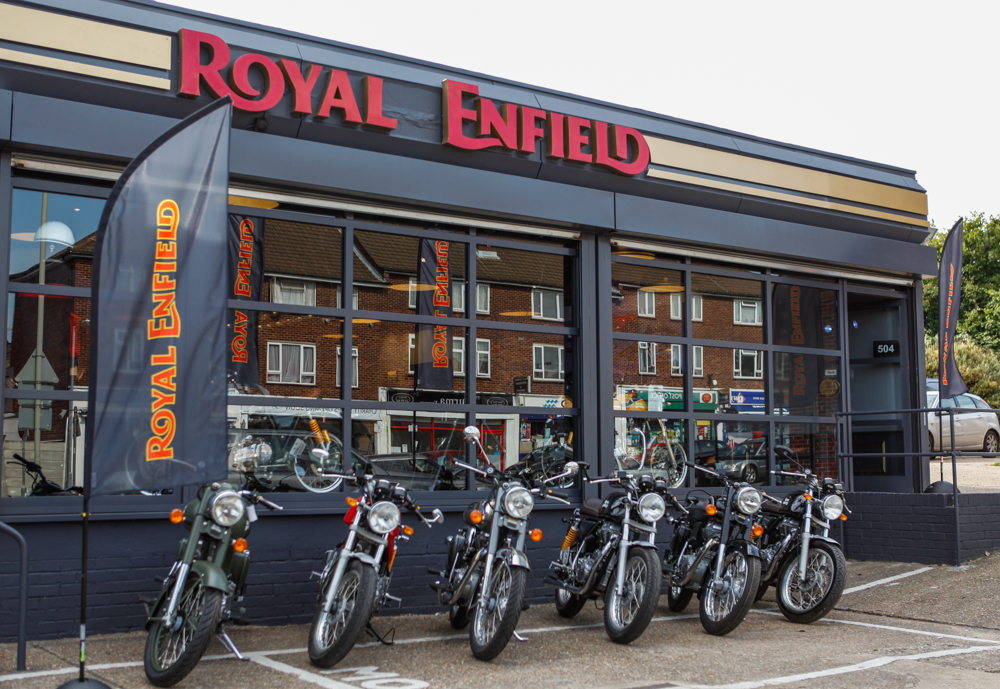 Outside the Watford concept store… 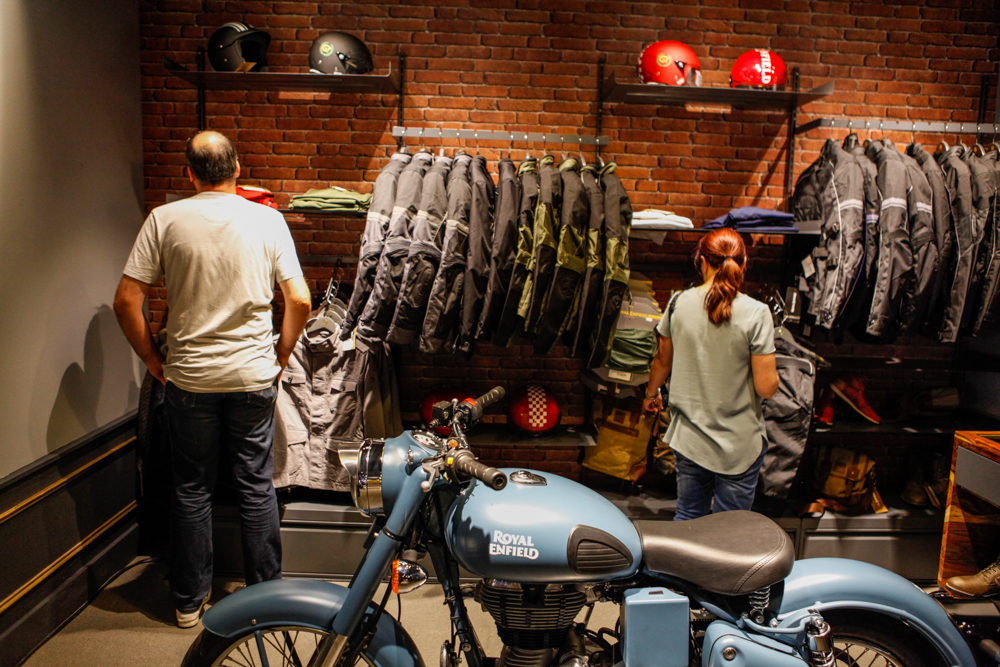 And plenty to see inside…the bike you see here is the Royal Enfield Classic in Squadron Blue...we want!

Or you can buy any of the cloting online from RoyalEnfieldShop.co.uk