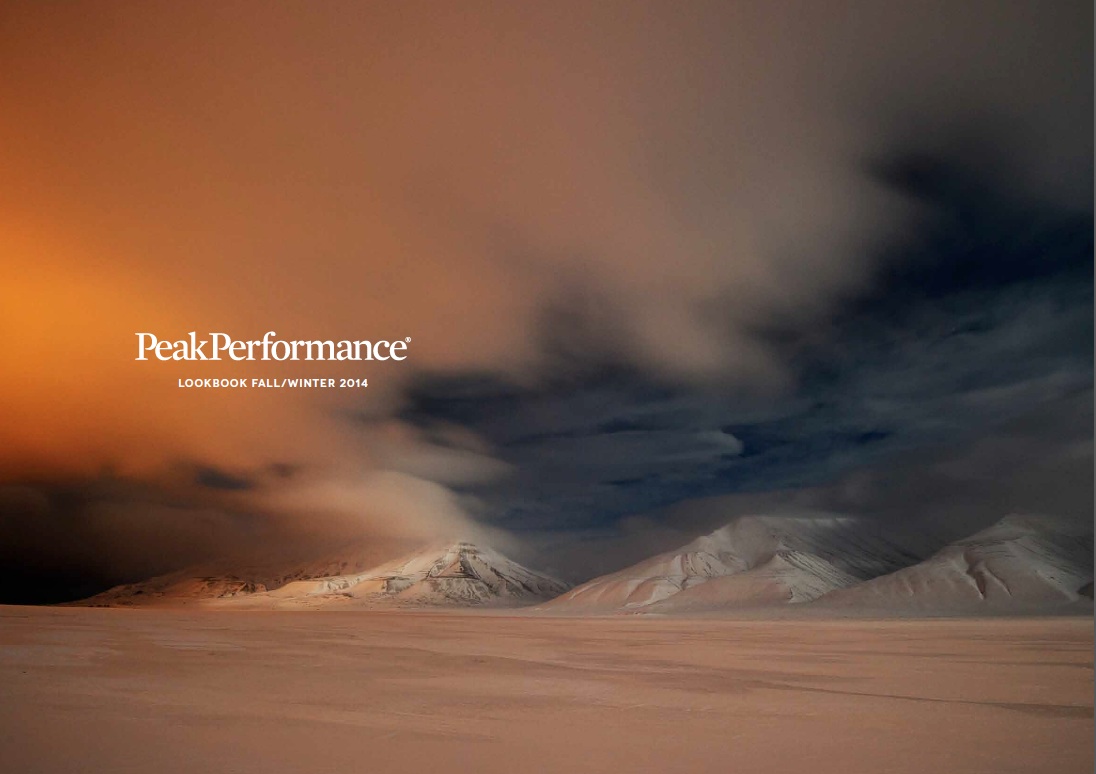 SEPTEMBER is when I start to dream about skiing.

The leaves are turning brown, the mornings are chillier and the autumn sunshine adds an orange-tinge to the world.

But September is also when we start to see new skiing kit and clothing coming on sale and Peak Performance’s offering for the coming autumn winter season is making me daydream about skiing that little bit more.

While Peak Performance has made a name for itself with beautifully-crafted ski clothing this season is the first time it’s making clothing for other alpine activities.

Anders Cleemann, CEO at Peak Performance explains why, “Together with a team of highly regarded skiers and mountaineers, we have designed, developed and thoroughly tested every feature of the AW14 collection in the right environments. It’s an uncompromising collection, long lasting in both quality and expression.”

A glance through the brand’s beautiful Fall/winter lookbook and it doesn’t take long to see that there are some really great technical items. Peak Performance has come up with a newly-developed fabrics, some new down jackets and a brand new Ski Touring line – all with the idea that the kit will help us “perform anywhere in any condition”.

The Ski Touring line has jackets and pants made from GORE-TEX® Active Shell and these designs now have snow gaiters with buckle openings, long vent zips and backpack compatible pockets (meaning you can wear a backpack and still have access to the pockets).

For freeskiers, PP has made a really high-performance Heli Pro jacket and pant an entirely new 3-layer fabric called Vectran. The unique Vectran fibre mix makes the fabric highly abrasion resistant yet very lightweight. Peak Performance has also, as the only brand on the market, successfully integrated the ROTAUF MRK5 avalanche safety system directly into the Heli Pro pants.

The new down jackets come under the Black Light line and these sound absolutely stunning. They’re made from a 7 fernier layer of Pertex® and are filled with 90/10 goose down. There’s also clever construction of mixed sized down channels (other brands use the same sized channels throughout) making it lighter, easier to pack and best of, very warm indeed. Adventure 52 particularly likes that Peak Performance designers have put Dyneema (used for the lines on paragliders) in to the sleeve ends of the down jackets for extra strength. 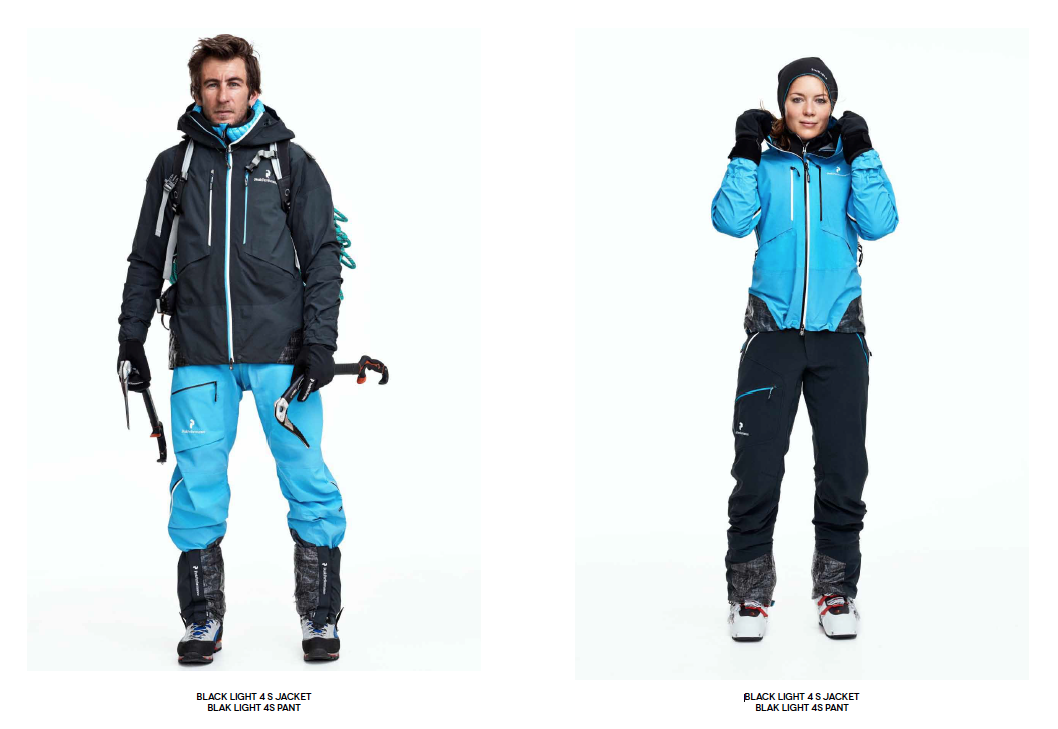 PP has also updated its Black Light 4 Season jacket; making it out of Gore-Tex® Pro, a flexi-sleeve construction and Dyneema-reinforced sides so that climbing ropes and protection don’t tear away at the fabric.

At £475, we’re talking about a large investment, but it’s a 3-layer Gore-tex shell with water resistant zips,  a snap in snowskirt, a goggle wiper inside the chest pocket and even clips to route your music cable player through so it doesn’t become tangled. There are matching Heli Gravity Pants too.

Also new this season is the Heli Alpine jacket but the £590 price tag might be a little off-putting. It comes in five colours though, so if you don’t like the orange/blue Heli Gravity jacket then the Heli Alpine is for you. Part of the reason for its price tag is that it’s been developed by the guys and gals in Peak Performance’s ski team. It’s made from GoreTex Proshell 3L too – the best you can get. One of the most interesting features I that it has a silicon print inside the hood so it keeps it’s shape – and there’s enough space to pull the hood up while you’re wearing a skiing helmet.

There’s also a few new down jackets and vests this season; the Helium (with and without a hood and a pullover version) and the Frost. There are also hoodies and rucsacs. 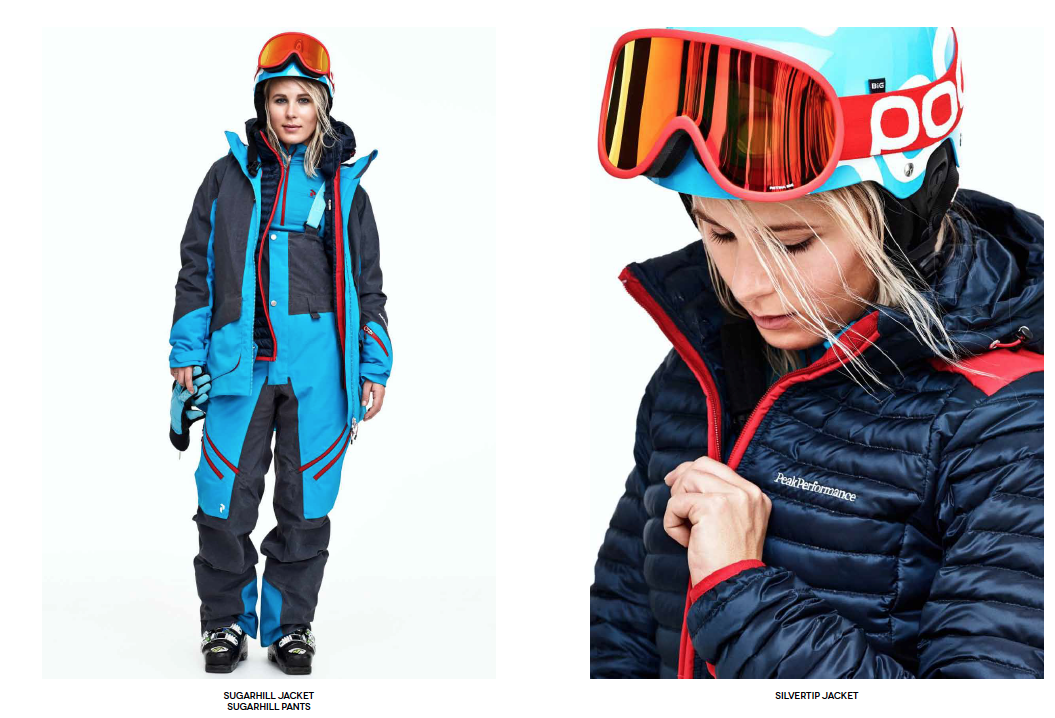