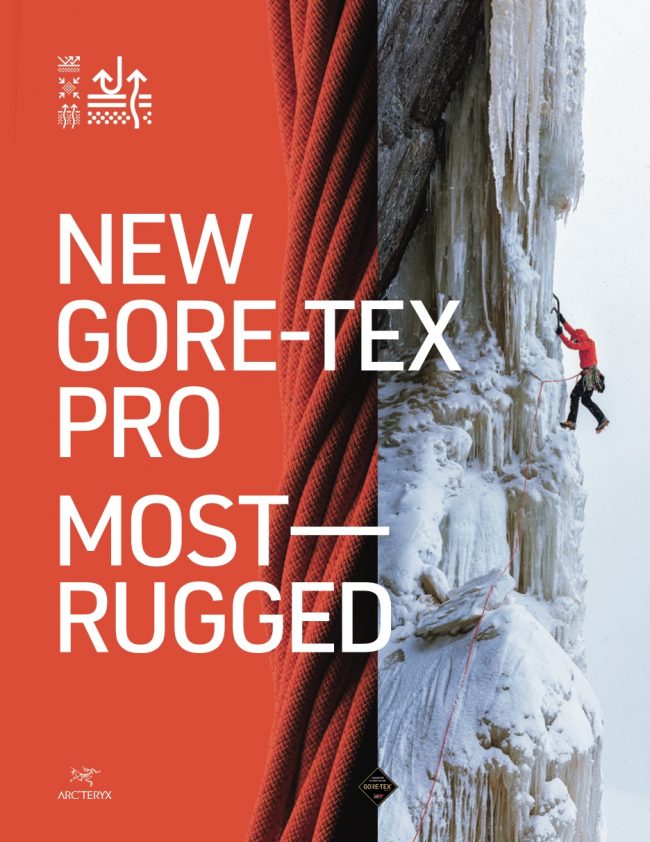 Arc’teryx and Gore have been working closely since 1995 and it’s now one of the deepest, most important collaborations in the outdoor industry

Over the years the GORE brand has developed numerous iterations of its famous GORE-TEX fabric.

There’s GORE-TEX Infinium, GORE-TEX Paclite Plus and so on, but at the top of the tree is GORE-TEX PRO. Garments made from this have a tougher face fabric (40 plus denier) which then have the famous gore-tex membrane underneath it along with what’s called a ‘Micro Backer’ which stops oil from skin and dirt from blocking up the gore-tex membrane.

The brand certainly doesn’t sit still, even though its products already perform so incredibly well. A big reason behind the progress is that certain outdoor brands work very closely with GORE, challenging them to come up with new iterations.

Arc’teryx was the first to use GORE-TEX PRO (for extreme alpine use) and for Fall 2020, Arc’teryx has again collaborated with GORE to develop a version of GORE-TEX PRO called ‘GORE-TEX PRO Most Rugged’.

“We push each other – we bring our design ideas, they bring their science, and we test, revise, and test again until we have a solution that works,” says Arc’teryx. “Both of us have developed state-of-the-art testing facilities that allow collaborative experimentation with lighter, more breathable and durable materials. Combined experimental and demanding real-world testing ensure the products produced hold up to the elements and withstand wear over time.” 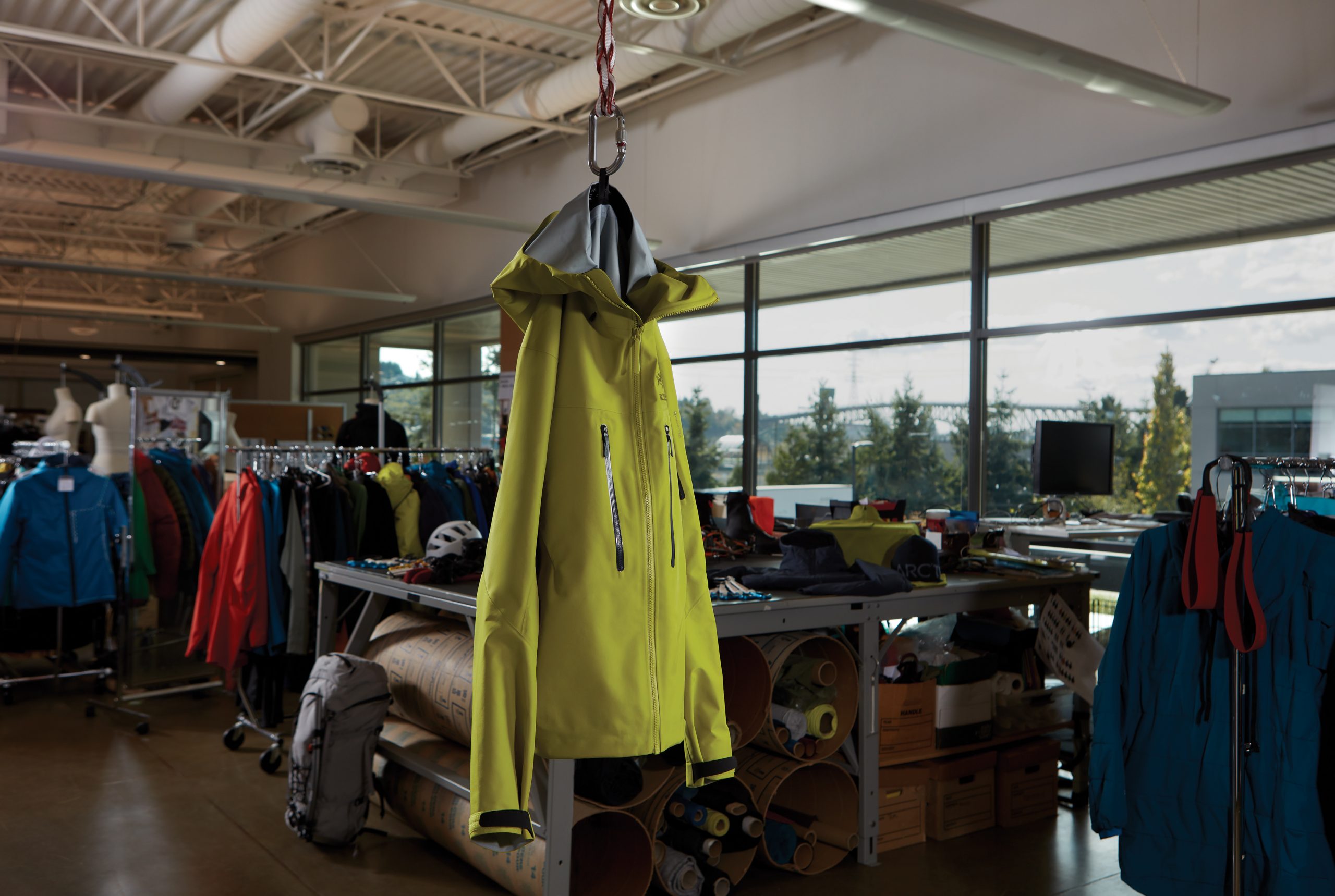 A garment tends to start losing its waterproofness when the membrane gets worn away or if it gets blocked by dirt and sweat. So the Most Rugged version has a new membrane that resists abrasion and contamination a lot better. The outer ‘face’ fabrics are more rugged and there’s a ‘dope dyed’ liner, which we’ll explain in a moment.

The new gore-tex membrane has over 9 billion holes per square inch and an additional polyurethane (PU) layer that stops oil or dirt from getting in and blocking them up. If they become blocked, the water vapour you’re generating inside the jacket isn’t going to be able to breathe out through the fabric.

On to ‘Dope Dyed’ then. This is when a yarn is dyed first and then weaved into a fabric, instead of making the garment and then dying it. It uses less resources (such as water) and is better for the environment. 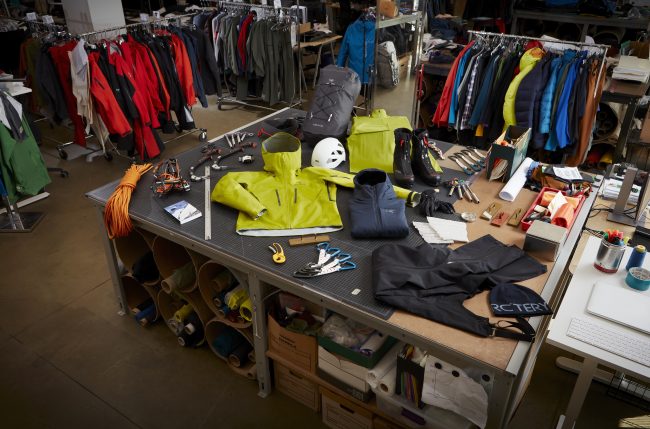 An insight into how outdoor brands develop their kit

Arc’teryx adds: “We design for use, so we leverage the technologies that best meet specific demands. Some of our alpine hardshells require the unrivaled durability of Most Rugged Technology and use Most Rugged exclusively.” 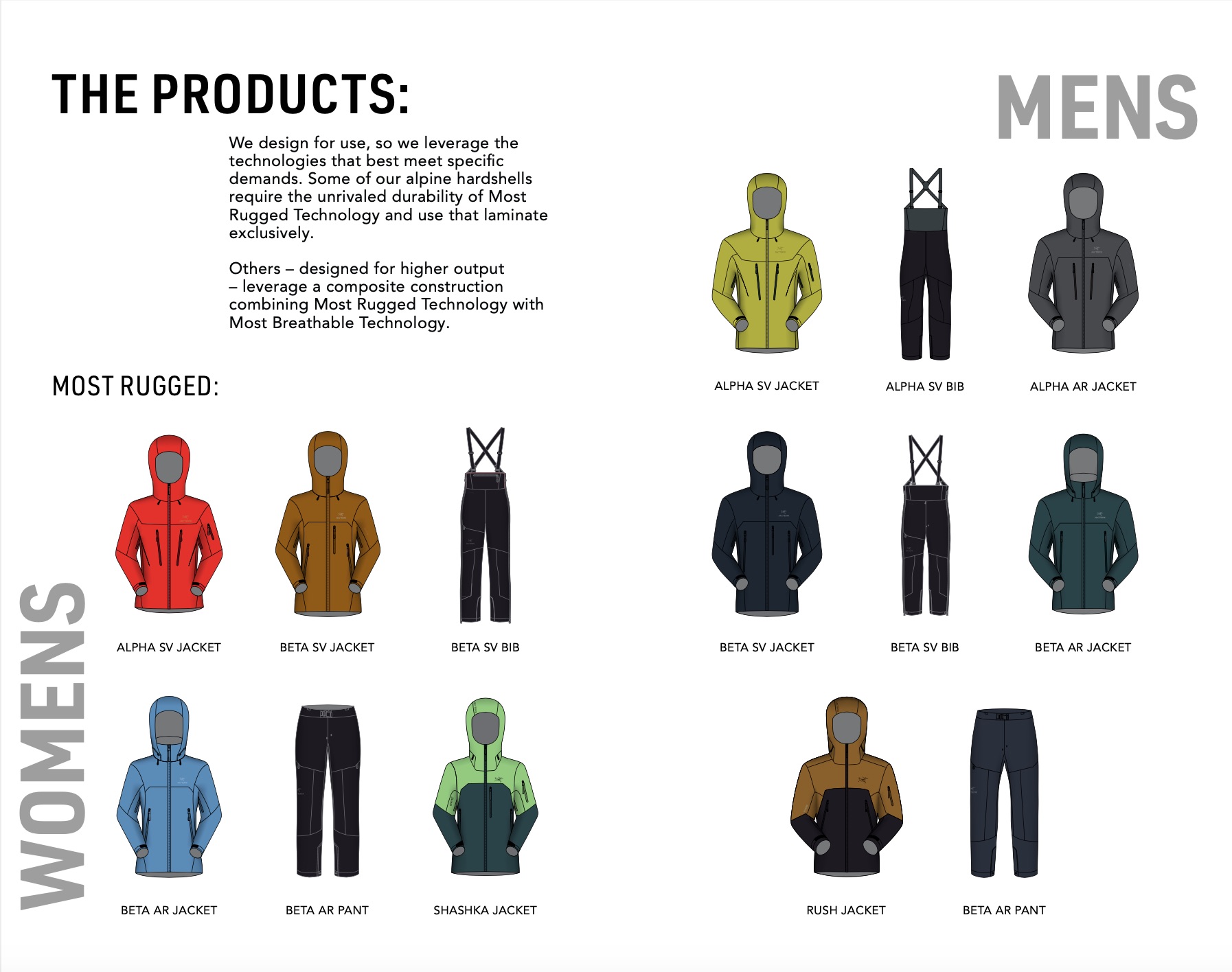 One of Arc’teryx’s Climbing Athletes, Will Gadd, has been wearing the Alpha SV jacket and bib, and he says: “Ounce for ounce. Gram for gram. New GORE-TEX PRO Most Rugged is the best solution. When the weather gets bad, when conditions are burly, then these garments excel. They shed water, they are warm, they’re indestructible. The worse the environment gets, the more useful it is.” 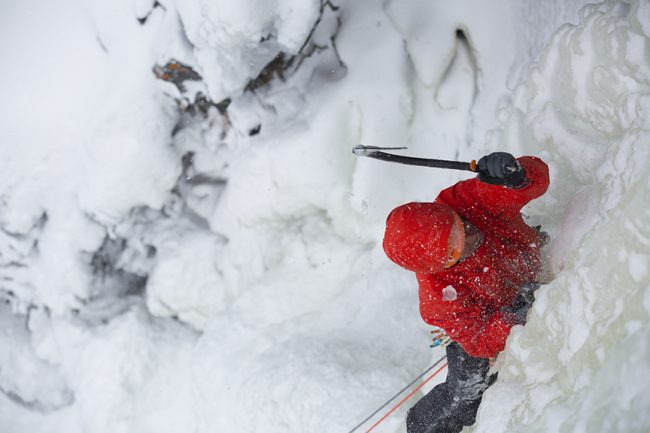 See more on GORE-TEX PRO Most Rugged in this online guide here at www.arcteryx.com