Could I tag along behind on my motorcycle? 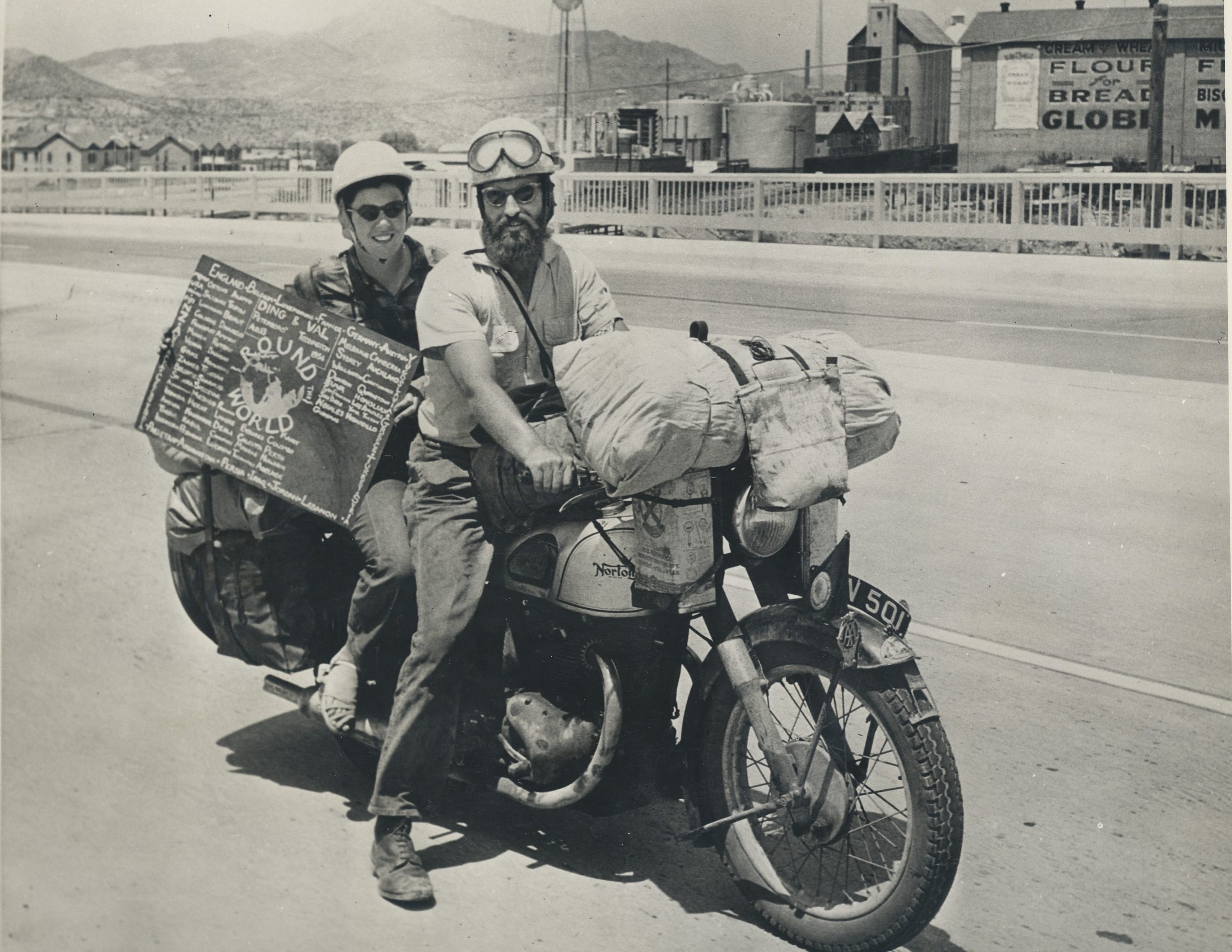 In 1954, Ernest Bell gave up his job as a bus driver and rode his Norton motorcyle around the world.

His story has only just come to light after his diary and photographs were found in an attic.

Ernest’s inspiration for the trip came after seeing an advert in a weekly journal which stated “Overland to Australia, passengers wanted, start in August 1954′.

Ernest replied to the advert saying,

“Very interested in your proposed trip, though not so interested in sitting in a car all that way. Could I tag along behind on my motorcycle?”

He then set out on the 26,000 mile trip on a 1952 Norton Dominator with 21-year-old Valerie Wells, a short hand typist as his pillion. She had never been on a motorcycle before. 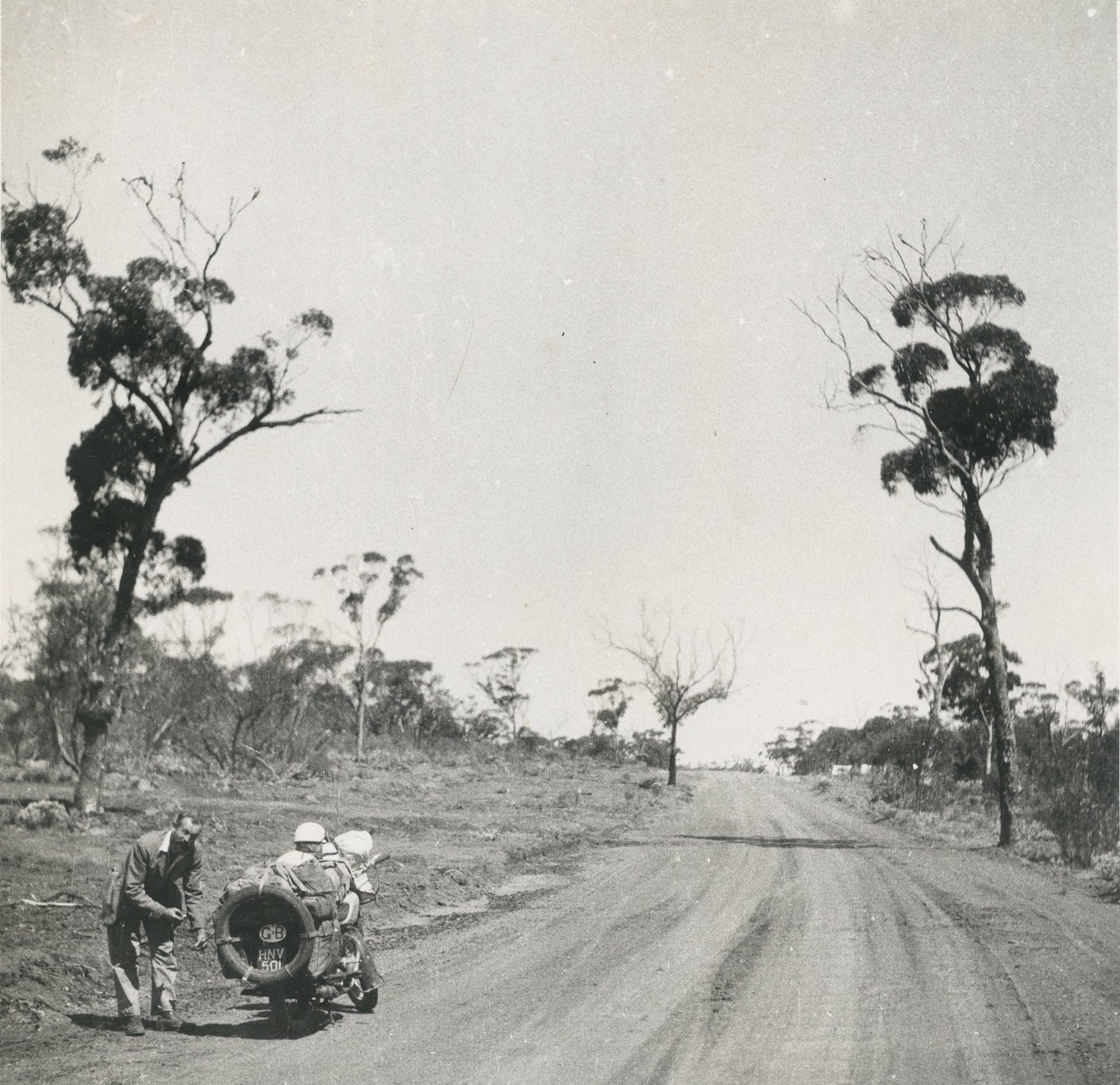