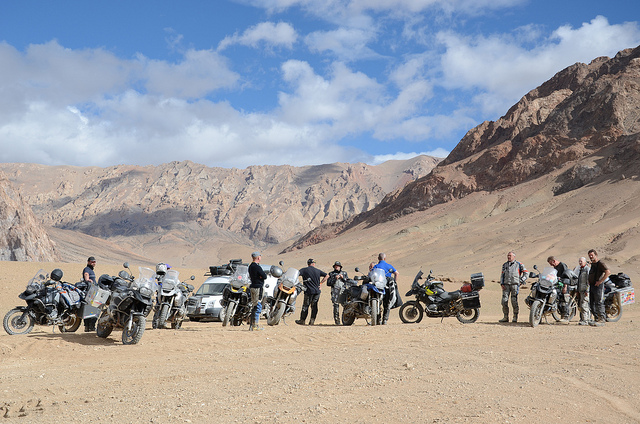 RIDING the Silk Road is a dream for many adventure motorcyclists but it’s been notoriously difficult to do it on your own.

But in May next year there’s a group heading that way – and you can join them.

It will cost from £13,995, take 54 days to complete and you’ll be led by the famed adventure motorcyclist, Kevin Sanders, who has now covered thousands of miles in this part of the World, an area which has been traditionally tough for independent riders to access with their own bikes.

“We were elated and exhausted at having achieved what personally was a huge goal for us – holding two Guinness World Records for global motorcycling at the same time”.

Together they now run Globebusters and share their long distance riding know-how on epic riding trips.

It’s a lot of money, but it includes pre-expedition training, bed and breakfast throughout the trip, dedicated support vehicles and drivers, local guides, navigation aides and visa support.

You can also add the Tea Horse Road on to the end of the Silk Road expedition. For this you’ll ride on into Laos, through the Golden Triangle and along the ‘Road of 1,864’ bends to Bangkok. It will add on a month and a further 5,000 miles – buy you can manage that, can’t you?