Wakeboarder towed by a plane 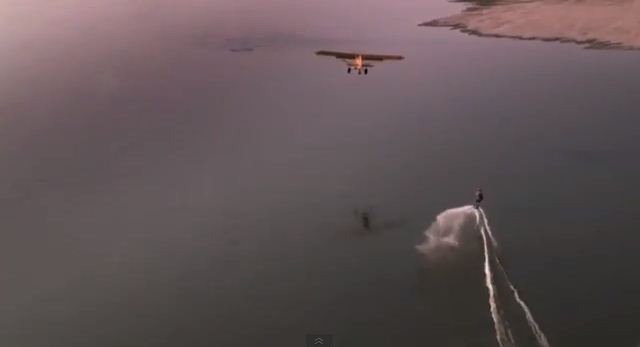 BERNHARD Hinterberger is the world champion in cable wakeboarding but he’s now the first wakeboarder towed by a plane in the World too.

This video was shot on the river Po in Italy and he was towed by a Savage aircraft – an adventure aircraft becoming popular in Europe and in the USA. 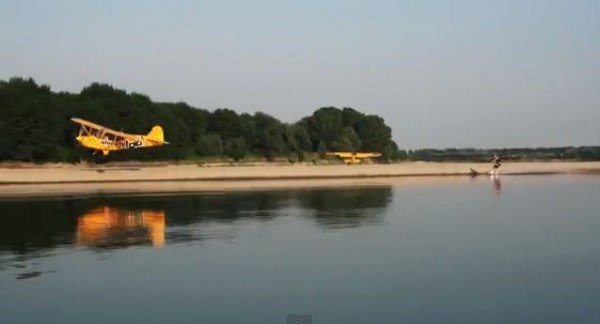 According to the You Tube channel, gloryfy unbreakable, Bernhard Hinterberger said,

“The biggest challenge was the extreme speed at which the plane pulled me across the water. Wakeboards are normally meant for speeds of around 30 to 40 km/h, but today we never went any slower than 80 to 100 km/h, as the plane needs a lot of speed to stay in the air. Because wakeboards aren’t built for such speeds, the board started to bend. This is due to the high frictional resistance. When you are going this fast you can’t even use the board’s edges because the water is as hard as rock. Riding behind the Savage lightweight airplane at such terrific speed certainly was an unforgettable experience!”