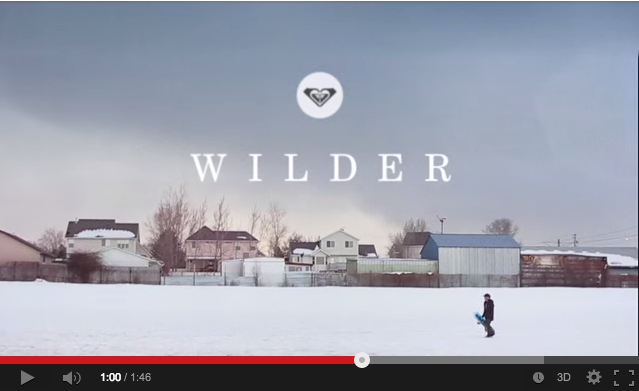 It’s an urban snowboard film, say Roxy, and that means there’s no mountain runs, instead it focuses on the fun you can have snowboarding in ski towns.

The film stars Roxy team riders, Corinne Pasela and Erin Comstock who take us on a tour of their hometowns – and how they grind the rails, jump fences and seek out all that a town has to offer in the way of jumpable and grindable terrain.

Guess you could say the girls prove that you don’t need a lift ticket to have fun in the snow, just your best buds and your snowboard.

The Roxy WILDER trailer is below and the full film will be released on 30th September online at Roxy.com/wilder.