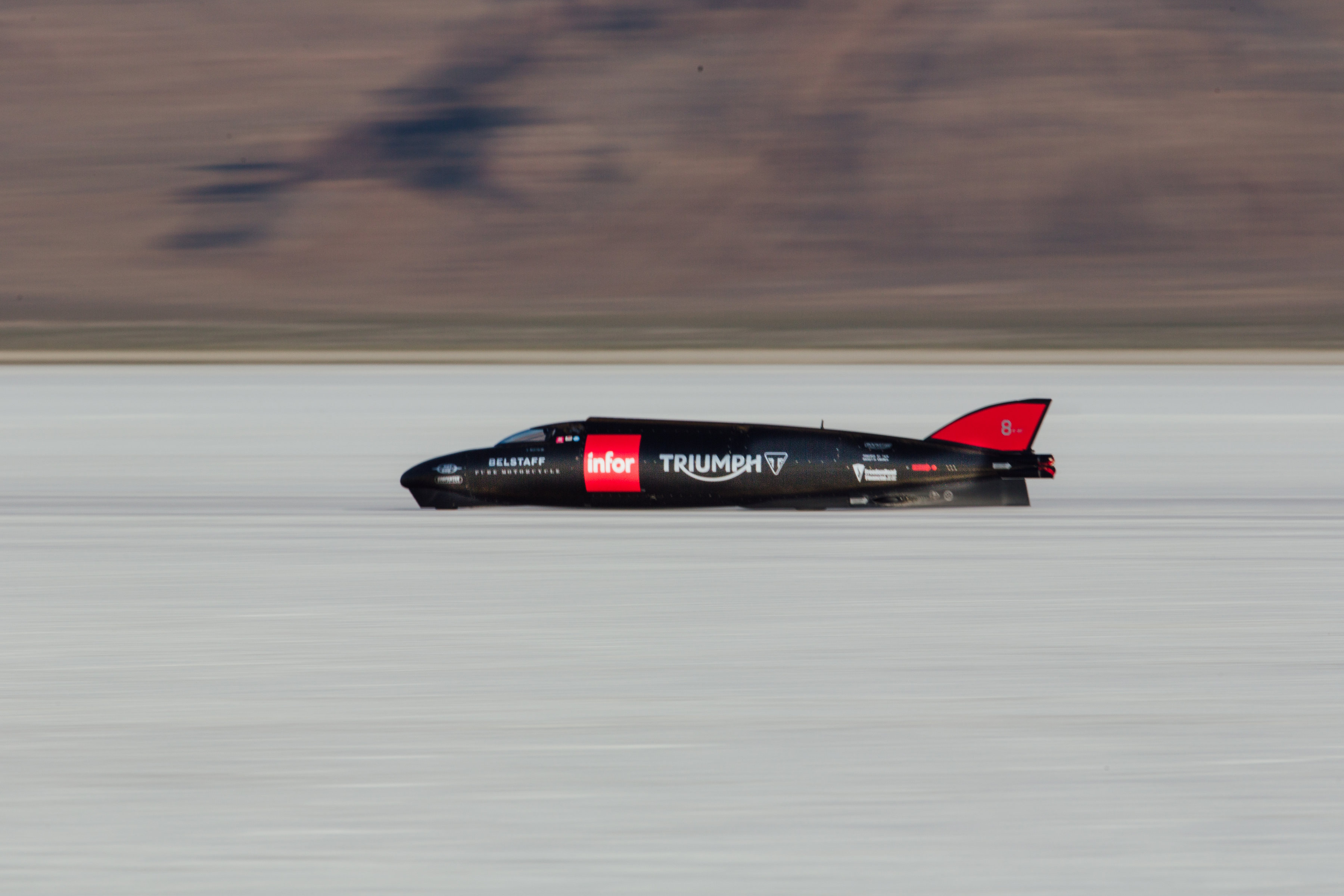 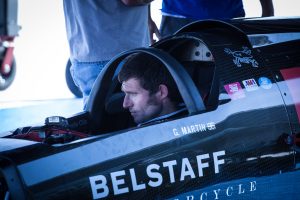 Just after 8:30am Guy Martin set off on the first run of the day and after a steady start he then pushed the streamliner to 274.2 mph.

Powered by methanol fuel, the bike is competing in the Division C (streamlined motorcycle) category. 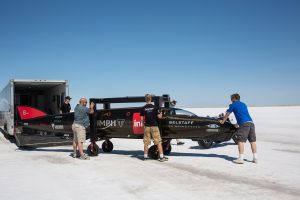 Guy has a further 102mph or so to add on to grab that record – and will attempt this next week.

At the time, Johnny Allen reached 193.72 mph and the very first T120 Bonneville model was then unveiled three years later at the Earls Court Bike Show and went on sale in 1959.