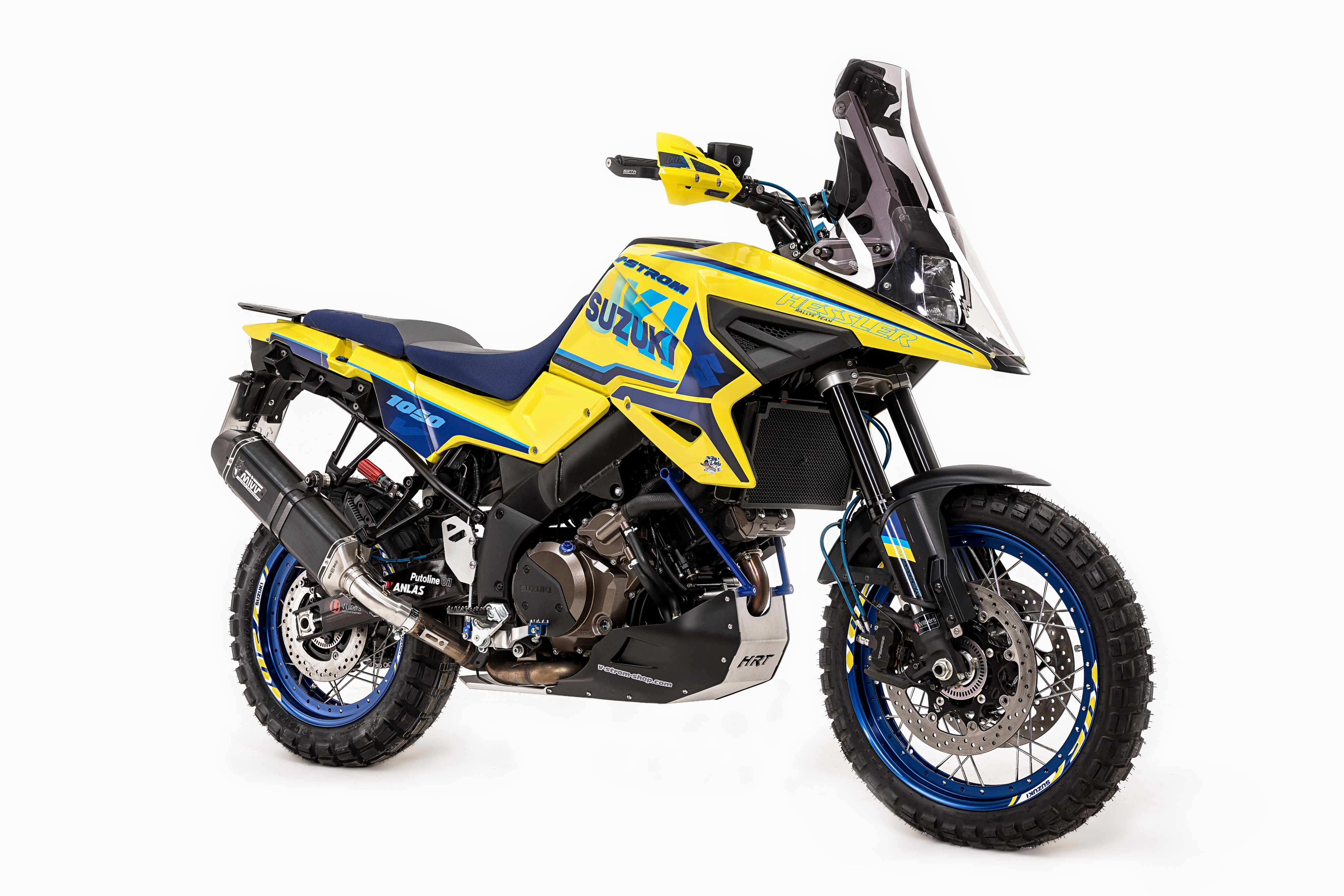 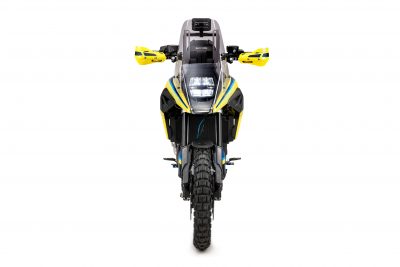 The V-Strom 1050XT has only just been announced but the Hessler Rallye Team (HRT) based in Germany has worked their magic to create this superb-looking ‘Desert Express’.

It was shown for the first time at the Eicma show in Milan and has a host of new components (manufactured in-house by HRT), plus modified suspension and aftermarket bolt-ons, which will be available as a kit to buy so you can do the same to yours. 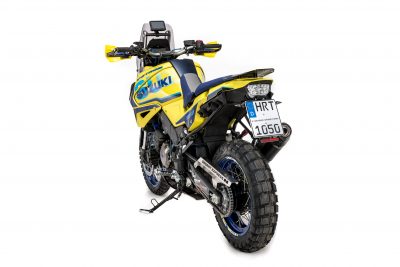 Hessler’s Desert Express – which plays on the name given to the original DR750S – gains 30mm of suspension travel over the standard machine (up from 160mm to 190mm), with modified front forks and a new rear shock from Wilbers, plus a new HRT-made linkage. 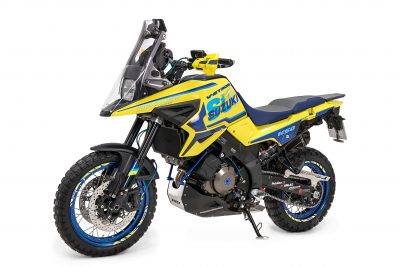 A lift kit raises the front mudguard to fit Anlas Capra X tyres, brake and clutch levers come courtesy of Probrake, and there’s a new luggage rack and number plate assembly. A Mivv silencer adds to the racey look and enhances the V-Twin rumble, and the whole package is finished in a HRT graphics kit. 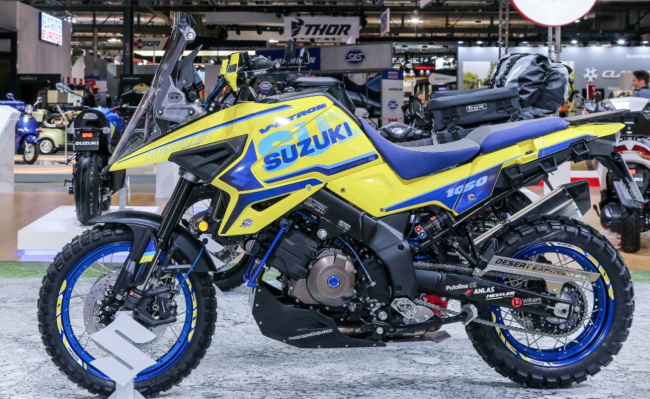