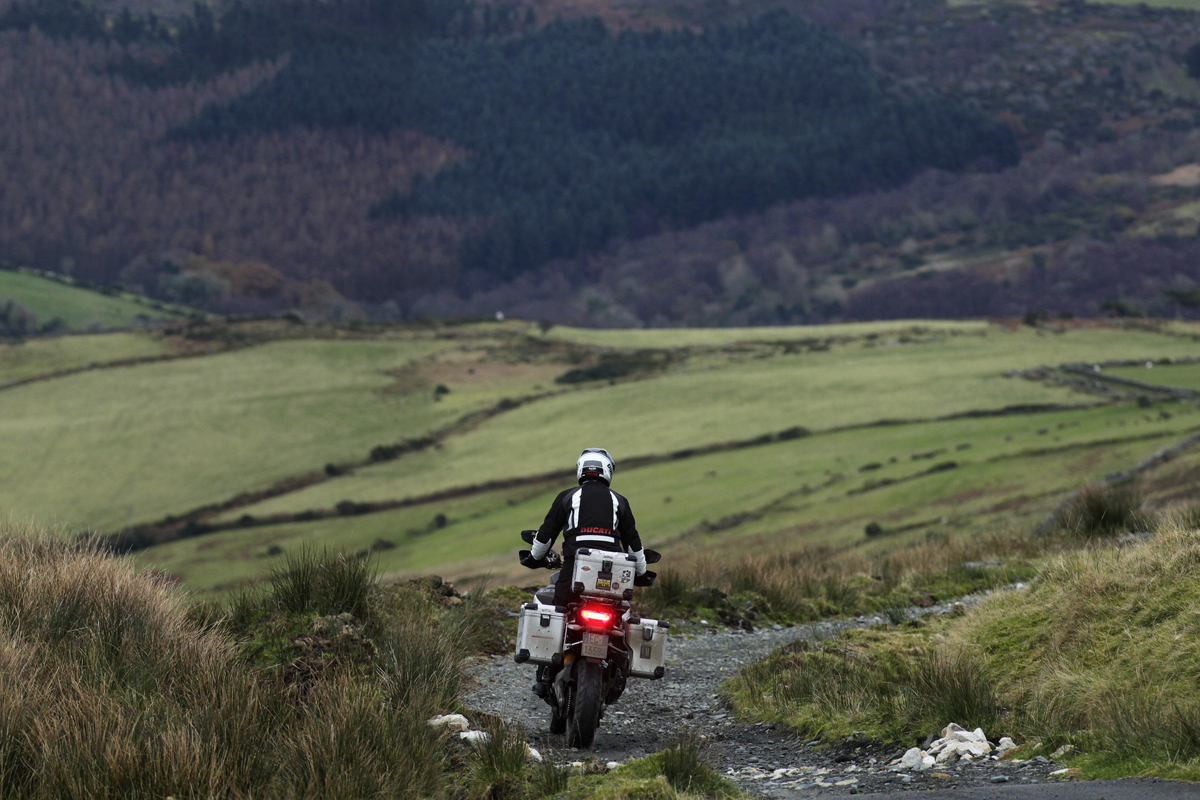 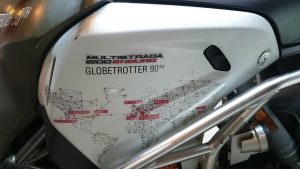 The MULTISTRADA 1200 ENDURO as seen at Motorcycle Live, NEC, UK this year

Since July, seven motorcyclists have been taking turns to ride a Ducati Multistrada 1200 Enduro around the world.

Last week the final rider completed the adventure, arriving back at Ducati’s headquarters in Borgo Panigale, Italy, marking the brand’s 90th anniversary with an epic trip.

Each rider is an expert motorcyclist, a passionate traveller and, above all, a skilled storyteller and day after day they wrote their stories on the Globetrotter90.ducati.com blog.

The seven globetrotters also passed on a special torch to each other, created by the Ducati Design Center and equipped with an inbuilt video camera.

The route itself started in Borgo Panigale and went on to Scandinavia, then to Russia and across the legendary Trans-Siberian Highway, to Japan, the USA and back across Europe, before returning to Borgo Panigale. 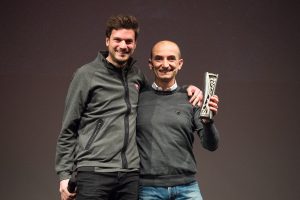 As Timo Schäfer arrived back at the factory, Ducati’s CEO Claudio Domenicali and many of the company’s employees were there to congratulate him and the other six adventurous globetrotters.

Timo, 30, from Karlsruhe in Germany is a mechanical engineering student and left the Isle of Man (main picture above) on the 2nd December.

He rode to Maidstone initially, where he met former Ducati rider Paul Smart. On the 23rd of April 1972, Smart won the first 200 Miglia race at Imola on a production 750 GT, while Bruno Spaggiari finished second with the same bike.

The meeting between globetrotter Timo Schäfer and 73-year old Paul Smart came to a very special end. As they were saying their farewells, Smart rode his Ducati Scrambler to accompany Timo as far as the Eurotunnel, despite the wet conditions and freezing temperatures.

Having crossed France, Belgium and a good part of Germany, with temperatures that were consistently below zero, globetrotter Timo Schäfer reached Bavaria, where the Audi Forum, in Ingolstadt, is hosting the “More Than Red – Passione Ducati” exhibition until 30 April 2017, in celebration of 90 years of Ducati.

Next, the globetrotter crossed the Alps to reach the Monza racetrack. It was here that, on 30 November 1958, the futuristic Ducati Siluro, with just 100cc to its name, set 44 world speed records in the space of just one day. One of the heroes that made this feat possible was Santo Ciceri, and globetrotter Timo Schäfer was extremely privileged to be able to meet the man himself at the very same track. 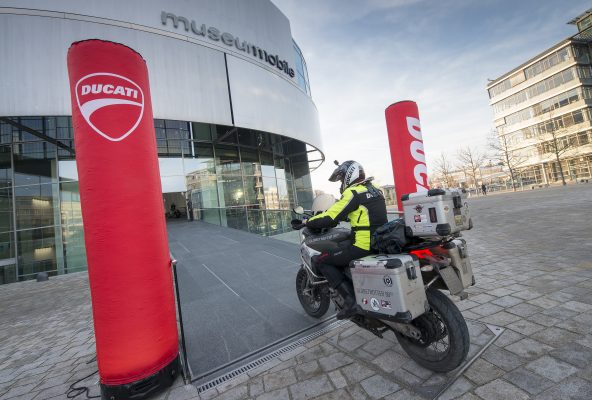 The Multistrada 1200 Enduro then travelled on to Florence to greet another Ducati living legend – Giuliano Maoggi. Born in 1926, Maoggi won the 4th Motogiro d’Italia in 1956, riding the Gran Sport 100, known as the Marianna and designed by Fabio Taglioni.