Buy a spacesuit in the Bonhams Space History Sale 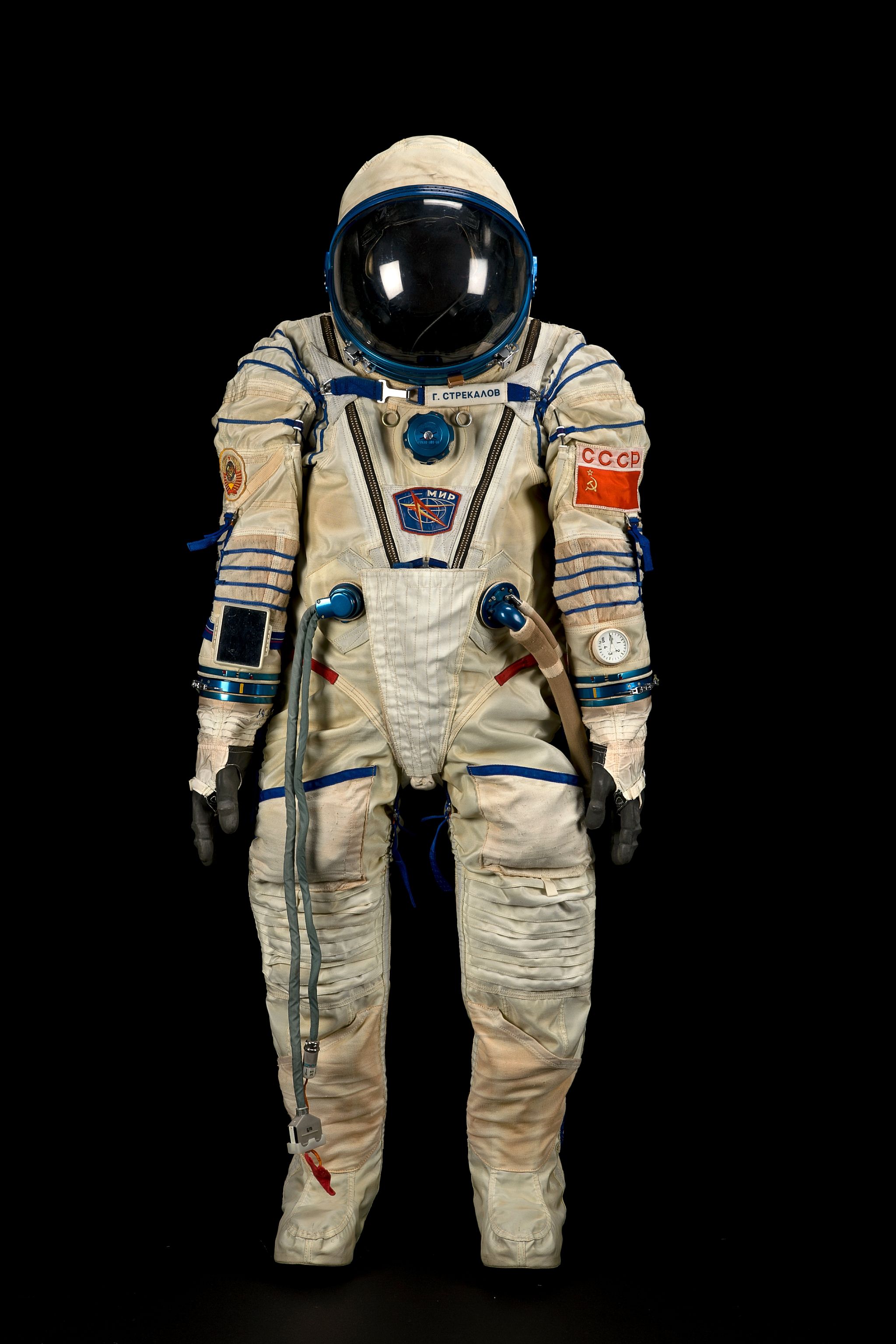 OK, so we won’t get to use it in anger if we buy one, but a spacesuit is just one of the items which will be auctioned at Bonhams in New York on May 5th.

The Space History Sale will commemorate the 50th Anniversary of Alan Shepard’s historic mission on Freedom 7 as the first American in Space.

Items up for sale include two Russian spacesuits, one called Sokol K, worn by cosmonaut Alexei Leonov, Commander of the Soyuz 19 Spacecraft, during the historic Apollo-Soyuz Test Project on July 15-19, 1975. This mission represented a symbolic end to the Space Race. Estimate $100,000-150,000

Perhaps the most incredible item on sale is an Apollo 14 Tissue Dispenser which was flown into orbit to the moon. Estimate $6,000-8,000. Yep, you read right – $6000 for a tissue dispenser. But it has been round the Moon…