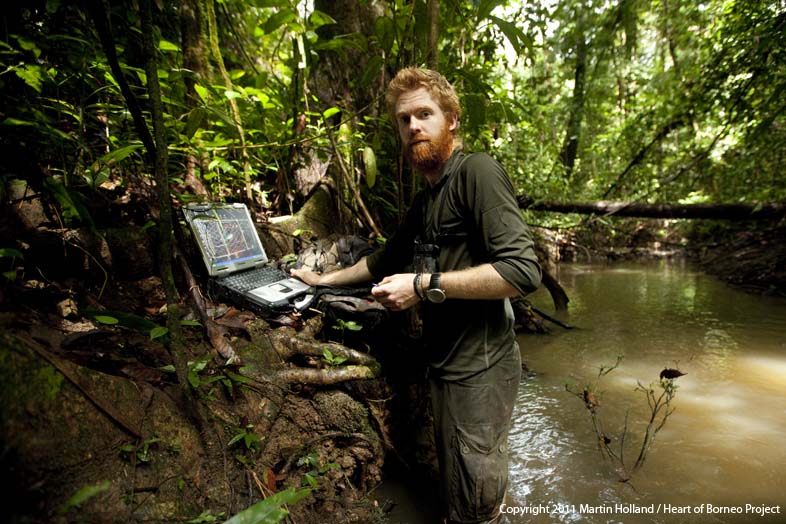 Watching and downloading the results from video trap cameras have helped scientists discover 123 new species of animals since 2007 and the Heart of Borneo charity’s expedition team have just set out on another trip to find more. But the immense humidity in the jungle plays havoc on anything electrical so this time they’ve gone out there armed with Panasonic CF-30 Toughbooks to minimise the chances of an electrical fizz slowing down their work.

“The Toughbooks have been invaluable in the rainforest,” says Martin Holland, Founder and Executive Director of the Heart of Borneo Charity. “With 100% humidity, daily downpours of torrential rain and battling against river crossings, swamps, mud pits and our many falls when working out in the field make it a pretty challenging life for the technology on our expedition.”

The team of European and Indonesian explorers, scientists and filmmakers have spent two weeks getting to one of the most remote areas of rainforest in the world and for the next nine weeks are researching and documenting the species they find there.

The expedition has won numerous awards and has been sponsored by some of the biggest names in exploration and conservation, including the Royal Geographical Society, WWF, Zoological Society of London, the Explorers Club and the Natural History Museum in London.