“The private race to the Moon is on.” 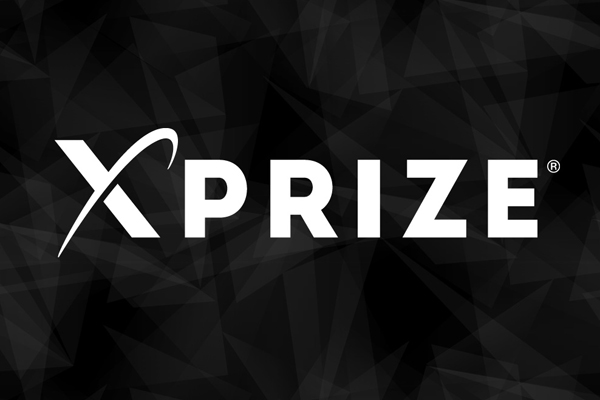 “THE official private race to the Moon is on,” said Peter Diamandis last week who is the Chairman and CEO of the X PRIZE Foundation which is running a competition to send a robot to the moon.

Teams have to design a robot that travels at least 500 metres on the lunar surface and transmit video, images and data back to Earth. It’s now become clear just how many teams are entering. Peter Diamandis admitted he thought there might only be a dozen groups talented and bold enough to compete. “Instead, we have 29 teams of heroic innovators showing us a new way to the Moon,” he said.

Lunar exploration has been set on the backburner for some time but recently NASA announced that it will purchase data related to any of the innovative lunar missions completed by six of the Google Lunar X PRIZE teams. The contracts could be worth as much as $10 million each. It’s creating a new trend towards private space exploration and making missions to the Moon financially sustainable.

Teams have now purchased launch vehicles (rockets to you and me) and according to Diamandis they are well into their design processes. “I want to congratulate the teams that have registered,” he said. “We are excited to see what they will accomplish in the coming years.”

The global competition, the largest in history, was announced in September 2007, with a winner projected by 2015. The most recent teams include:

Mystical Moon of the USA, targeting a global youth audience as active participants in designing their mission

Space Il of Israel, aimed to promote scientific awareness among Israeli youth as well as develop the nation’s space industry

SpaceMETA of Brazil, a group with experience in creating start-ups in fields like wireless and power line communications and design thinking processes

Plan B of Canada, utilising existing technologies in software, microprocessors, communication, guidance, and robotic systems for their technology

Penn State Lunar Lions of the USA, a combination of students and faculty and engineers from the Applied Research Laboratory at the Pennsylvania State University

Angelicum Chile of Chile, a mix of students, professionals and entrepreneurs with engineering backgrounds

Indus of India, led by a serial entrepreneur with more than ten years of experience in developing new businesses

Phoenicia of the USA, a former Northrop Grumman Lunar Lander X CHALLENGE competitor who has worked for a variety of small groups and companies interested in building small launch vehicles. 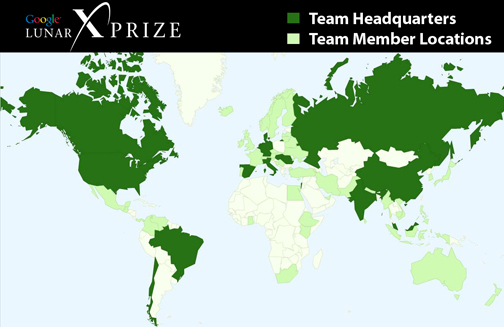 Tiffany V.C. Montague, the Manager of Google Space Initiatives welcomes the small teams and expects great things from them. “From the Wright brothers’ first flight to the Lewis and Clark expedition, the most successful and revolutionary discoveries often come from small, entrepreneurial teams,” she said. “At Google, we share with this global group of innovators a passion for tackling tough technological and scientific challenges and we wish them the best of luck as they begin the mission phase.”