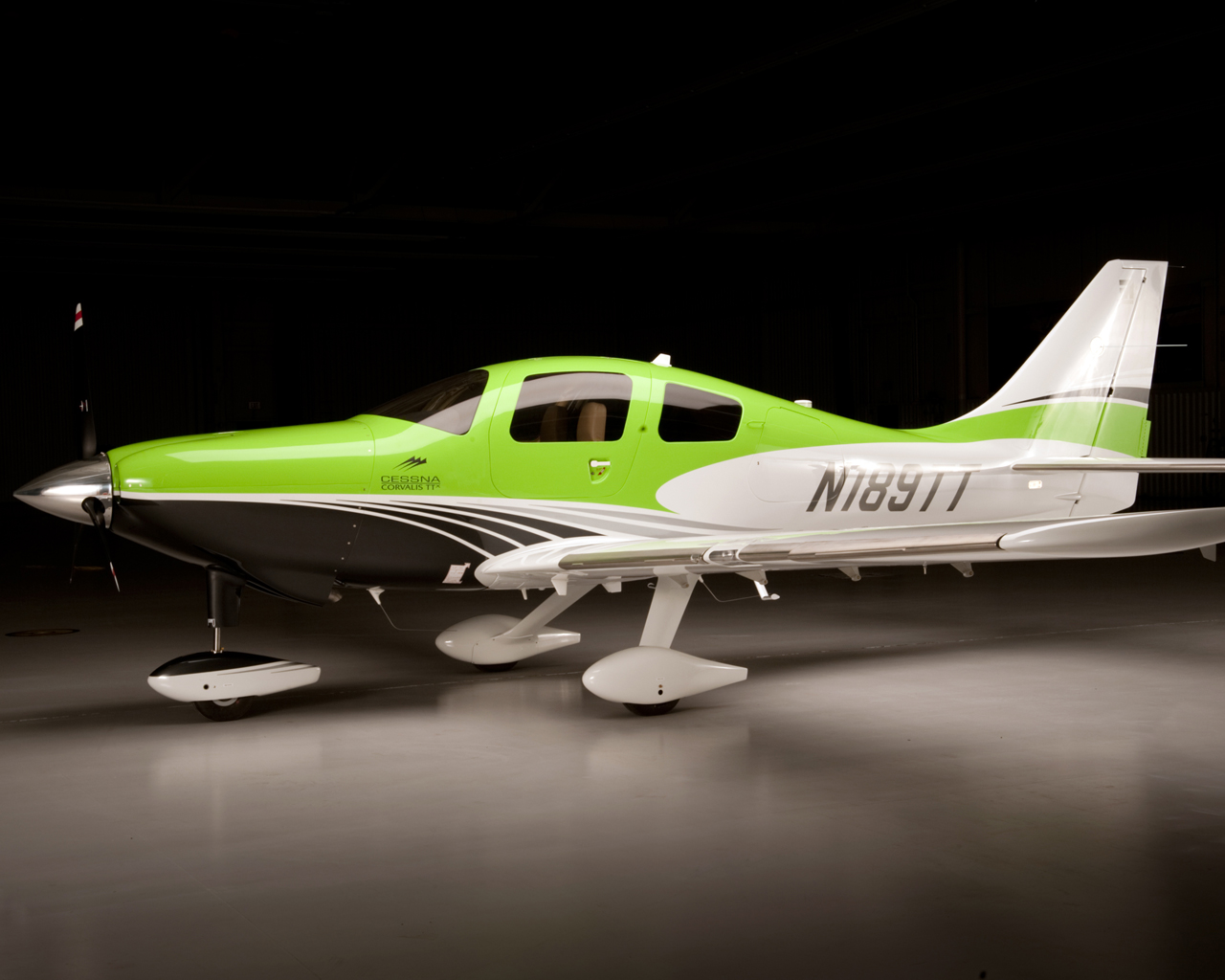 THERE’S something about the colour green and well powered machines this month.

After the hulk-green of Mazda’s GT version of the MX-5 here comes a brand new model Cessna’s Corvalis range – the TTX.

So what’s new? First is the engine. The TTX has a monstrous six-cylinder, fuel-injected, twin turbocharged engine with dual intercoolers. This means the TTX will retain the status as the world’s fastest single-engine piston with a maximum cruise speed of 235 knots (435 km/hr). And because the TTX uses such a beast of an engine, Cessna is giving a five-year parts and labour warranty (a new scheme) on the aircraft to reassure customers that if something does go wrong, they’re covered.

Cessna hasn’t been clear (yet) about what the TTX stands for but they’re very keen to point out that it will be extremely easy and comfortable to fly with a new Intrinzic™ flight deck powered by the Garmin G2000. As the photo below shows, it’s that bit closer to looking like the cockpit of a light jet with touchscreen flight displays.

“We’ve taken an airplane with incredible performance and made flying it even more natural and instinctive with Intrinzic. At the heart of the new Cessna TTX is the first touch-screen-controlled glass flight deck ever designed for a piston aircraft. The G2000 represents a new generation in advanced avionics — simplified, organized, intuitive. This interface is so advanced, it’s the same as what you’ll find in the upcoming Cessna Citation Ten business jet.”

One of the coolest features is a pulse oximeter to monitor pilot blood-oxygen levels at high flight levels which displays the readings on the MFD.

The Corvalis TTX will have four new interior schemes – Stealth, Tranquility, Classic and Twilight – featuring Citation-grade leather. The rear seats can also removed for more carrying capacity. Two new exterior paint designs are on offer which have a DuPont Clearcoat application and any of the designs are painted on, no decals are used. Range is expected to be 1,250 nm (2,315 km).