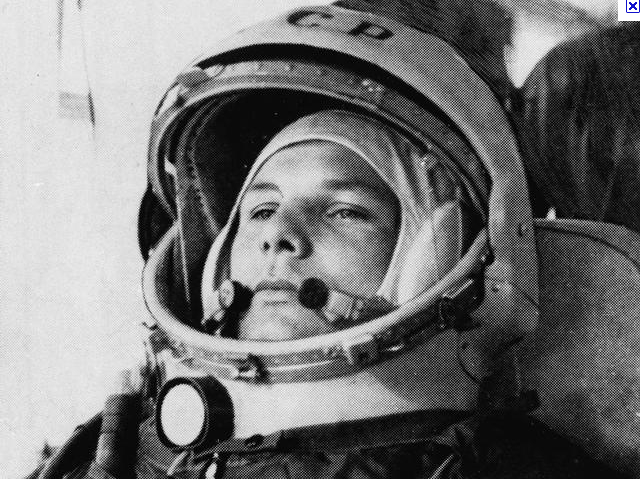 AGED just 27, Yuri Gagarin sat in the top of the Vostock rocket ready to embark on the biggest adventure anyone could ever possibly make – a trip into space.

And what to say to mark the launch? According to a new biography of the cosmonaut written by Lev Danilkin, he simply said “Poyekhali” meaning “Here we go.” Fifty years ago yesterday the world remembered his achievement with concerts and a gun salute in Moscow. A statue of him will go up on the Mall in London in July outside the offices of the British Council. For Vernon Ellis, Chair of the British Council, the statue holds a personal memory and he said,

“I remember the excitement in 1961 when we heard that Gagarin had successfully orbited the earth. Everyone was moved by the sheer bravery and adventure of his flight and through this statue we celebrate both that breakthrough for mankind and the UK-Russian relationship.”

Yuri’s space adventure lasted 108 minutes. You’d think a man going into space for the first time would show signs of nerves but not Yuri; his pulse rate remained at 64. Scientists at the time were unsure if he’d make it back through re-entry but Yuri as positive that he would and wrote in a letter to his wife (declassified only a few weeks ago) that, “I trust the hardware completely. It will not fail.”

Six weeks after Yuri’s flight in orbit, President Kennedy made his famous speech announcing that America would go one step further and put a man on the moon.

Sadly Yuri was killed while flying a Mig fighter jet seven years later. There have been conspiracy theories galore since his death, one that suggests that the KGB arranged the accident because of Yuri’s anti-Soviet views. Accident investigators suggest a more likely cause however, that the man who escaped our atmosphere into space for the very first time did in fact crash into the ground because of Earth’s bad weather.