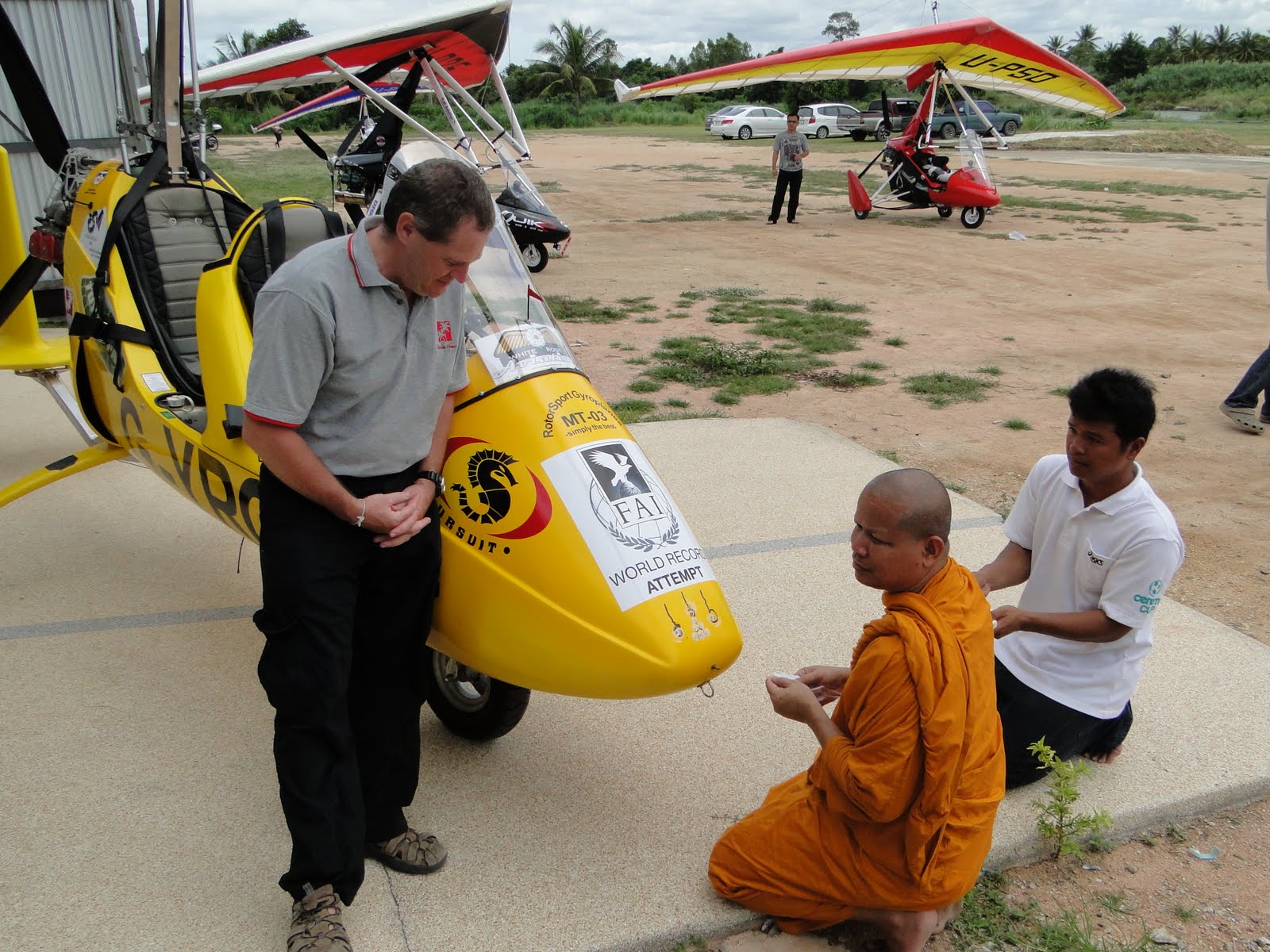 LOOKS like the blessing which this monk made over the FAI World Record sticker on the front of Norman Surplus’ gyrocopter has paid off.

Today, the GYROX Team heard from the FAI that some of Norman’s speed records have been ratified.

Last year he was on an attempt to circumnavigate the world in his gyrocopter, G-YROX, when in September he called ‘half time’ on his adventure. He had faced all sorts of delays and setbacks which meant he would miss the time window for the best weather to cross the Bering Sea and continue on into higher latitudes. Sound airmanship prevailed and Norman decided to pause the attempt in the Phillipines.

In getting halfway, G-YROX flew the furthest straight line distance of any other gyrocopter in history crossing some 16 consecutive countries. Norman flew over seven major water crossings of the Mediterranean, the Red Sea, the Gulf of Oman, the Bay of Bengal, the Gulf of Thailand,the South China Sea and the Sulu Sea.

He is due to resume his adventure this Spring but today Norman and the GYROX Team are celebrating after the FAI ratified the new World Records which he set in the first part of the attempt.

Flying a RotorSport MT-03 powered by a Rotax 914, Norman has set the fastest speeds between the following countries in the FAI’s Class E (Rotorcraft):

The news has given the team a renewed burst of enthusiasm and plans are now well underway to resume the adventure this Spring.

Keep up to date with the GYROX Team’s blog here