“By eck lad, it were a wee bit parky up there” 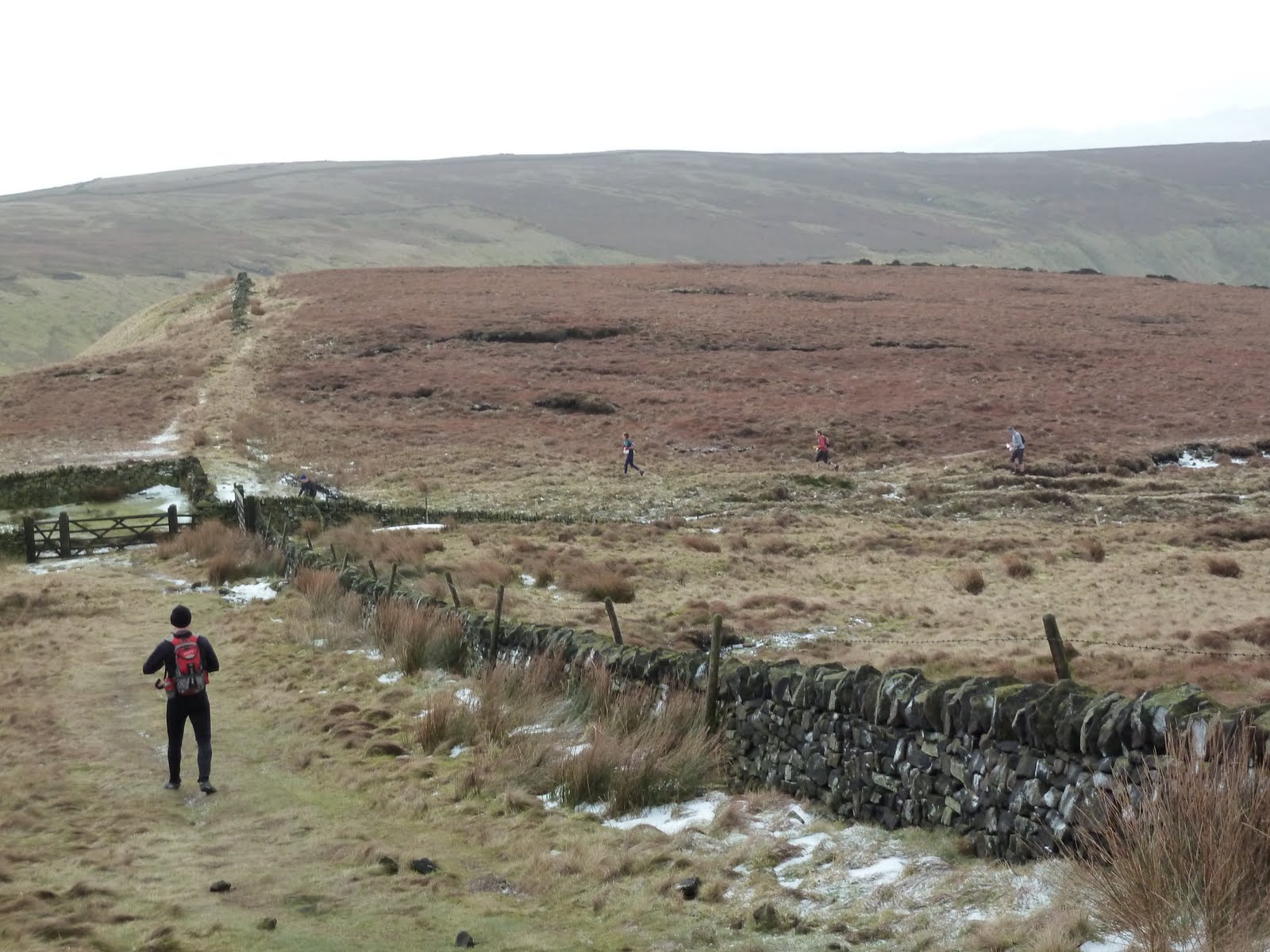 ALTHOUGH the snow fell the night before, the first Rab Mini Mountain Marathon of the year took place on Sunday 9th January.

It’s called a ‘mini’ version as the run lasts three hours over one day instead of the biggie which takes place for 11 hours over two days. In all there were 23 checkpoints to have a go at reaching, worth a total of 355 points and three hours to collect them.

Over 200 people took part and just as the headline suggests, it were a wee bit chilly. For those new to hearing about this event, here’s a report from Jeremy Sainter giving us a better insight. But before you read that, take a look at the video and get a taste for what it was like for those who ran it.

The RAB Mini Mountain Marathon from Hayfield appeared to be in jeopardy on Friday as the snow came down heavily, blanketing the event area. It looked like there might be a repeat of the Macclesfield Forest event last January.  This race was postponed not once but twice due to last minute snow. But things improved and over 200 competitors arrived on Sunday, many looking to repair some of the damage they had inflicted on themselves over the Christmas and New Year period. Given the bugs going round, the still difficult driving conditions with icy roads and a dusting of snow on high level routes it was another excellent turn out. Everyone had been prompted to arrive early and most seemed to take the hint with the car park filling up quickly and most competitors off and running before 9.45 a.m.

While the weather was fairly cold down by the start at Hayfield Scout HQ, it was benign in comparison to the conditions up on the Kinder plateau and full kit including waterproofs was mandatory. The forecast had suggested a -15C wind chill on the tops and marshals were checking anyone who looked to be travelling light. From personal experience I can assure you that plenty of kit was required up there on Kinder.

The scout hut provided an excellent base for the event and it was very busy as everyone registered and chatted over the master map showing the area to be used. This included the Kinder valley and the flanks of the Kinder plateau round to the path leading to Jacob’s ladder and Edale.

There were a number of out of bounds areas with linking corridors just to make navigation interesting. In addition there were several controls on Ollersett Hill on the opposite side of the A624 road along with a cheeky checkpoint (CP) 1.5km down the Sett Valley Trail, just to tempt the over ambitious or possibly someone looking for a steady start.

There was plenty of route choice and while the wind was significant particularly at higher levels no route seemed to offer more protection than any other and competitors found several ways to link the various sections together. Out on the hills conditions varied greatly, on the lower slopes conditions were generally firm with the occasional sticky, muddy section. As you ascended the underfoot conditions just got progressively firmer.

Up on Kinder Low the going could be best described as rock hard! There was snow and sheet ice everywhere making the going very tricky, ice and gravity conspiring to bring your head and the frozen ground into close contact, luckily not this time round. Strangely it was easier to run over the frozen peat as the grip was much more consistent. Conditions were made even worse up here by a heavy mist clinging to the tops reducing visibility to as little as 30m or so for much of the morning. Several competitors were wandering around rather forlornly looking for CP20, don’t worry they were pointed in the general direction.

Below the Swine’s Back the visibility was much better and the view into Edale looked great, the lure of which proved too much for one competitor who headed off there by mistake, luckily he managed to thumb a lift back to Hayfield later. Maybe he got a whiff of bacon butties at Edale café and couldn’t resist?

In all a great event that proved to be very testing after the Christmas break. Back at the scout hall hot drinks, soup and biccies went down a treat as everyone warmed up, swapping stories on checkpoints overshot and the tough terrain conquered.

So to the results; it was a great performance from Tom Beasant with 339 points only missing out on one checkpoint followed by Alan Billington with 285 points. Top male vet was Dave Harrison on 260 points; first lady was Jasmin Paris with 230 points and Helen Gilbert in 2nd with 220 points. Mention must go to the team of Kirsty Bryan-Jones and Rachel Horn who scored an excellent 245 points in the ladies vets, good enough for 10th overall…very well done.

We hope to see all readers of Adventure 52 on the 27th Feb for the first round of the www.Racekit.co.uk sponsored mini-mountain marathon three event series. For all details and entries go to  www.darkandwhite.co.uk