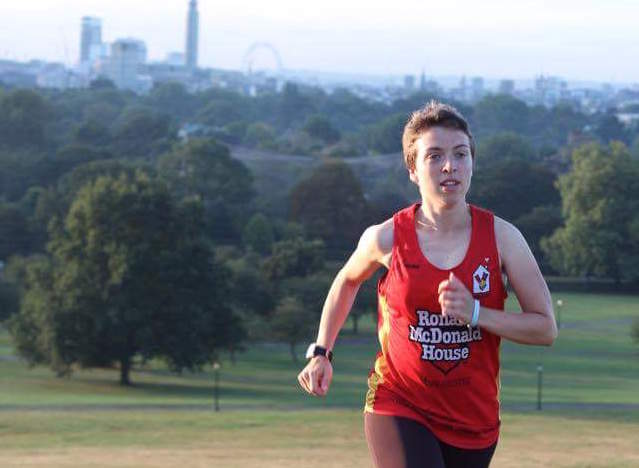 Laura Maisey (31) sets off next week on a ‘Running Home from Rome’ adventure.

She will be running unaccompanied through Italy, Switzerland, France and England to eventually finish in South West London.

It’s expected to take her two to three months and she’s doing it in aid of Ronald McDonald House Charities.

Laura has already raised over £2,300 which will help the charity provide free ‘home away from home’ accommodation to families with seriously ill children in hospital across the UK.

She chose the charity after it supported her friend when his son had brain cancer, as well as her own family when she was younger.

Laura says: “You can never underestimate the value of a place to eat, work and sleep properly when you have a child in hospital, which is why I want to raise as much money as possible for Ronald McDonald House Charities. It provides parents, such as my friend Dave, with free accommodation and some stability in the midst of such a distressing time.

“My parents also benefitted hugely from Ronald McDonald House Charities when I had a hip operation at the age of ten. I remember they stayed at our local Ronald McDonald House in Alder Hey and I would have fallen apart if they hadn’t been so close by. Even now, they still talk about the support they received from the House staff and the difference it made to come away from the ward and have the freedom to make a comforting home-cooked meal in the communal kitchen.

“I became friends with Dave through running so it seemed appropriate to organise a running fundraiser. I only started exercising two years ago so I’m relatively new to the whole game! I previously had no sporting background either so running from Rome to London on my own is a very exciting challenge.”

To support Laura on her fantastic journey, you can donate at her JustGiving page here: www.justgiving.com/fundraising/Adam-Finch-RMCH