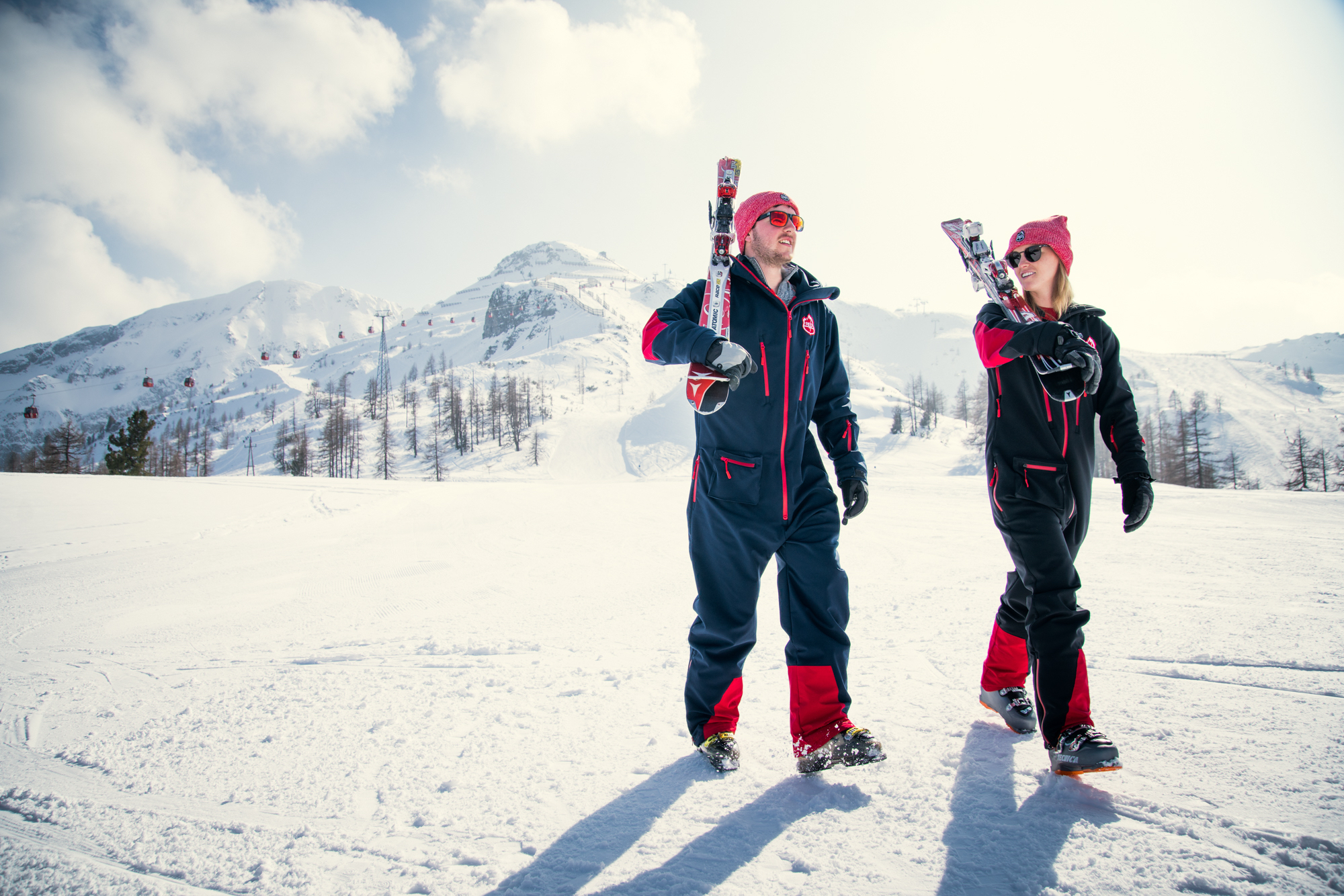 Forget the fluorescent one-piece ski suits of the 80’s and check out this modern-day number called the CG1 ski suit.

Suitable for both skiers and boarders, it’s made from soft-shell with a stretch PU membrane and a fleece lining. There’s under arm and inner leg ventilation in case you get too hot and RECCO avalanche rescue reflectors too.

The CG1 ski suit has been created by a new start-up called Red7SkiWear, overseen by young entrepreneurs and keen sportswomen Naomi Hampton and Christie Fearnside.

Earlier this week they launched a Kickstarter campaign and the next 30 days are vital if they’re to raise the £55,000 they need to bring the CG1 ski suit to market.

Rio 2016 Olympic legend Maddie Hinch, a professional hockey player and seasoned heli-skier and snowboard freerider, Angelica Sykes have already endorsed the brand and so far the funds are up to £11,000.

Interested parties can choose to give from £1 to £5,000, each amount allowing the pledger to choose a particular product or service.

Those wishing to spend their next ski trip clad in an official CG1 suit can pledge as little as £199 in order to snap up the Super Early Bird offer.

The girls have both left successful jobs in the city so come on Adventure 52 readers, let’s help them get Red7 off the ground.