An evening with Kingsley Holgate and the “energy of adventure”

"We’re using the energy of adventure to save lives." 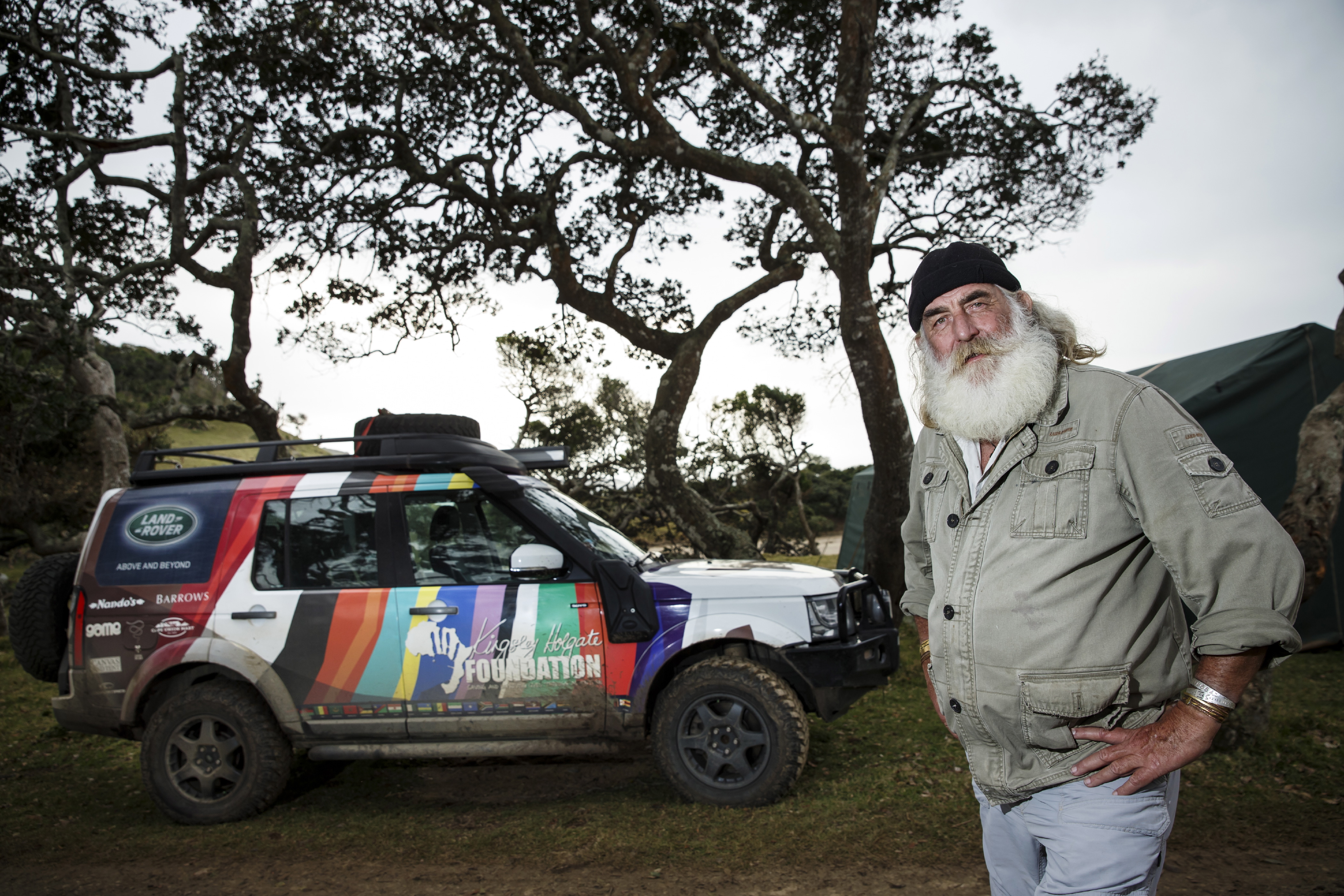 Kingsley Holgate is one of life’s characters you never forget. Indeed, he is very well known throughout Africa for his work to improve and save people’s lives through his adventures. 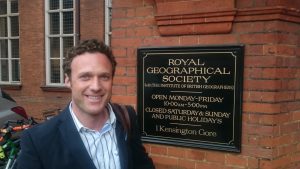 Dan’s first visit to the RGS

At a special evening hosted by Land Rover at the Royal Geographical Society last week, I got to hear all about his life’s work to dispense mosquito-repelling nets to combat malaria, sight-saving reading glasses and LifeStraws so that people can drink clean water.

“No one needs to die from malaria,” he booms to an audience of 20 or so other journalists and Land Rover ambassadors such as Ben Saunders. “I’ve had malaria over 50 times so I know about the suffering. When you arrive in a village and a mother is screaming because their child has malaria, these are lives that can be saved and this is why we do what we do.”

It’s fitting that Kingsley is doing his talk at Royal Geographical Society as it’s been the starting point of so many great expeditions to Africa. Land Rover has supported the Kingsley Holgate Foundation for the past 20 years and the partnership is continuing its work of bringing a better quality of life to people across the African continent.

This isn’t just Land Rover doing CSR for CSR sake; in fact it’s clear that Land Rover and Kingsley do genuinely share the same determination to go Above and Beyond. For Kingsley, being able to go on remarkable adventures while doing good is key. “The adventures are endless,” he says. “The humanitarian work we can do is countless. It’s all about saving and improving lives though adventure.”

Globally, Jaguar Land Rover has a Global CSR plan to create opportunities for 12 million people by 2020. As part of that top line figure, Kingsley Holgate has already improved 63,000 lives and this is expected to rise to 75,000 by the end of September 2016.

Kingsley’s choice of vehicle these days is the Land Rover Discovery. “If you could see what I can drive over in a Discovery you would be surprised and amazed,” he tells me, and knowing that he has circumnavigated Africa and driven to the geographical heart of the continent I can well imagine.

While the Defender has a loyal following and is considered to be the rugged steed for overlanding, it’s fair to say that the Land Rover Discovery is THE vehicle for adventurers and explorers. Even today, the Discovery retains its position as the ultimate all-purpose vehicle with over 1,160,000 retail sales and 225 international awards since its launch in 1989. Many people don’t realise that it’s a full 7-seater with stadium seating, but its real beauty is being able to adapt to any terrain with ease with its blend of on-road and off-road performance.

Kingsley started his talk by showing us his antique Zulu talking stick. “This stick will give me the power to talk to you,” he joked. Then out of the blue he slammed it down on the table and boomed: “Mama Africa!”, instantly grabbing our attention. He then recalls a story about visiting London in a black cab and being unable to open the door. The taxi driver said to him, “you can’t even get out of the cab, let alone drive around Africa’. 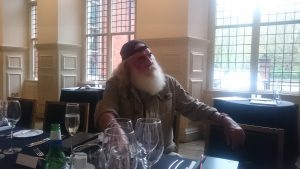 As a brief aside, during the champagne reception, Sheelagh Antrobus from Project Rhino KZN told me that the poaching is in fact getting worse; 50 rhinos were killed last year, in part driven by the elite upper classes in countries like Vietnam who believe a few shavings of rhino horn in their drink will make them more successful… 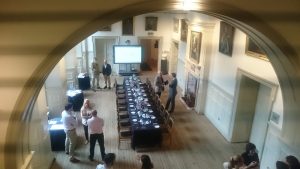 “Adventure has so much ENERGY,” Kingsley enthuses. “And we’re using the energy of adventure to save lives. Africa is all about heart, passion and determination. I recall an expedition when I asked my team whether they would do it again. All of them found it hard but they said they would; it’s the energy of adventure that pushed them through the adversity. And the glue of an expedition is humour. You can be in the most desolate place, but as much as things can be tough, there is always so much humanity.”

Kingsley tells us diners about driving around Mama Afrika’s outside Edge by Land Rover through 33 countries and 449 days in support of malaria prevention. He also talked about his adventure following the Tropic of Capricorn around the world by Land Rover and his drives that followed in the footsteps of Livingstone.

He and his son Ross also announced their next journey of discovery: the Land Rover Living Traditions Expedition to Chew Bahir and beyond. 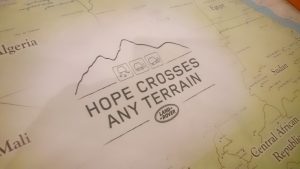 Kingsley’s map of his next adventure…

After dinner I tell Kingsley about my love for maps and how every trip or idea for adventure often seems more possible as soon as you pull out a map. He leads me over to a table and unfurls the map of his next adventure. “I feel privileged to have adventured with the support of Land Rover,” he tells me. “You know, you finish one adventure and you’re already thinking about the next one. It really is simple to change peoples’ lives with mosquito nets, clean drinking water and reading glasses.” 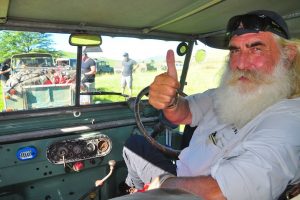 I too leave the Royal Geographical Society feeling privileged to have had a dinner here with so many like-minded and enthusiastic people. Throughout my life I’ve read so many books about great adventurers at the RGS and I say to Mrs Shane Winser (head of Expeditions and Field Research for the RGS) that during the evening I found myself often thinking of George Mallory talking in this very room about his expedition to climb Mount Everest.

“Would you like to see George Mallory’s boot?” she asks me, catching me completely by surprise. 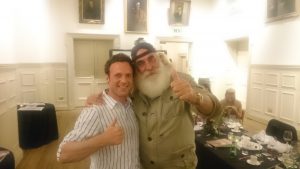 She laughs: ”Maybe not now, but you can certainly come back another time.”

With thanks to Rebecca Wright and Kim Palmer at Land Rover, the RGS, Kingsley Holgate, his son Ross Holgate and Ben Saunders.

Loading...
Newer Post
Video: Snowboarding down the Vilyuchinsky Volcano
Older Post
Tickets now on sale for a unique evening with MUMM Champagne and Land Rover at the RGS