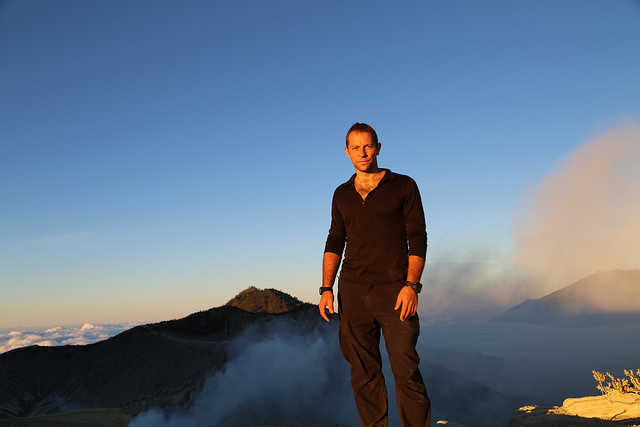 I FEEL a real sense of kinship with Matt Prior.

We both started out in the RAF through a love of flying, we both love motorcycling and we both crave adventure.

Which is why it’s been a real pleasure hearing from Matt and finding out a bit more about what makes him tick and how he also might be able to help all of us with our adventuring.

The big news is that Matt now runs the ‘Matt Prior Adventure Academy’, a must-visit for anyone with an adventurous spark but not really sure where to start.

In short, the academy is for:

Instead of me telling you about the academy, here’s what Matt has to say about it – as well as a few updates about what he’s been up to.

Dan: On your most recent adventure you rode a motorcycle and sidecar over a frozen lake in Siberia. Tell us about how that came about?

Matt: “It mainly came from my desire to do something on the ‘next level’ compared to what I had done so far. So when the Adventurists contacted me and asked if I would be interested in pioneering their latest idea, after hearing what and where it was, I was very keen. I really wanted this to be different on a number of levels and after doing a bit of research, I was sold. From then on, the hardest part was finding someone else who wanted to come along for the ride! I find with things like this that people are more than happy to talk about it or even say they’re in but when it actually comes to it, tend to bail at the last hurdle. I did manage to find someone in the end, a Colonel in the Australian Army, we managed to meet once for breakfast and the rest of the planning and preparation was done over the internet! The next time I saw him was in Siberia.” 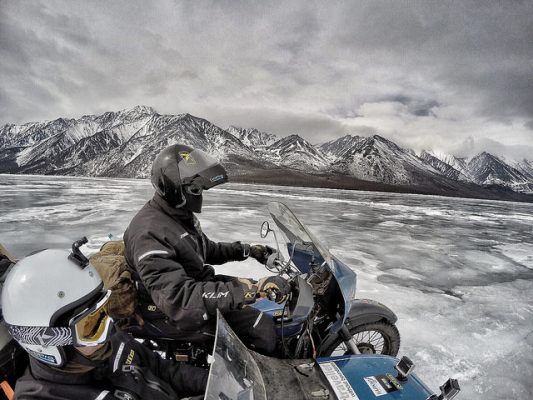 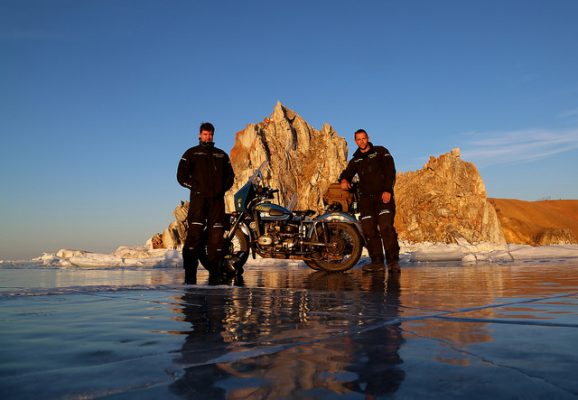 Dan: What were the highlights?

Matt: “One of the main highlights was the earthquake we experienced on one of the first nights whilst out camping on the lake, it was surreal and a little worrying at the same time. Camping on ice, on a lake, with the surrounding area shaking and the ice cracking and moving below is something I don’t think I’ll ever forget. Others include the people we came across and just the sheer awesomeness of Lake Baikal and the surrounding area in the winter, I don’t think there’s anything else quite like it on this planet.

Dan: What happens next with the Ice Run?

Matt: “I think that the Adventurists are going to run this commercially, they just needed us to see if it was possible and provide feedback so others can give it a go next year! All I would say is good luck and bring a lot of spark plugs and a sense of humour!”

Dan: What are you currently hatching plans for?

“I have a few plans, rather ambitious you’ll be surprised to hear, but if they don’t come off then I’m planning on looking at something in central America. I also have a big plan for Africa (all of it).”

Dan: You have just been to Thailand to learn how to fly a paramotor. Is this for a future adventure? We know that you used to be a pilot in the RAF so have a love for flying. What has attracted you to paramotoring?

Matt: “To be honest, ever since I saw one, I have had a smile on my face. I love people who just come up with this stuff and then make it happen. I have always loved the sky and concept of flight and these sorts of things make it available to a lot more people than before. Did you see that Jetman video in Dubai? That to me is the ultimate at the moment, I would LOVE to give that a bash! 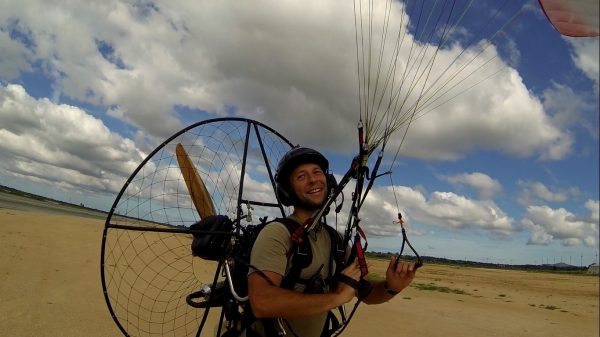 “As for future adventures, it could well be. They are transportable which is something else that attracted me to them which means you can fly anywhere in the world and then explore by air low level… that to me, is amazing! It definitely adds an extra dimension to what is possible. Who knows, maybe you could combine various methods of transport on one trip with a few different people. I don’t necessarily want to get labelled as the “crap vehicle, crazy countries” guy either as I know I have more to offer, including adventures that push you physically, it’s time that is the main issue. There’s all sorts of things I’m interested in and so maybe it’s time to start spreading my wings (no pun intended). I think the physical stuff will come later in life when I have a bit more time. As with all these things, you have a set of boundaries and you have to do your best within them. That’s not to say you can’t remove them as I am a great believer that anything is possible but there also has to be a practical element, especially over a long period of time. In my case over a decade now of doing this sort of stuff means you have to come up with something sustainable which isn’t always easy.”

Dan: You have set up the Matt Prior Adventure Academy to help others learn about how to start out in their own adventuring. When did you come up with the idea?

Matt: “I came up with the idea at the end of last year after a trip to Indonesia with my girlfriend. We set off after seeing literally one or two photographs and that was about it. We ended up on separate motorbikes and off we went. She asked me to show her what I get up to on my trips and I did. She seemed to love it, the places we went were amazing and a perfect place to introduce people to the world of adventure and everything started to make sense. 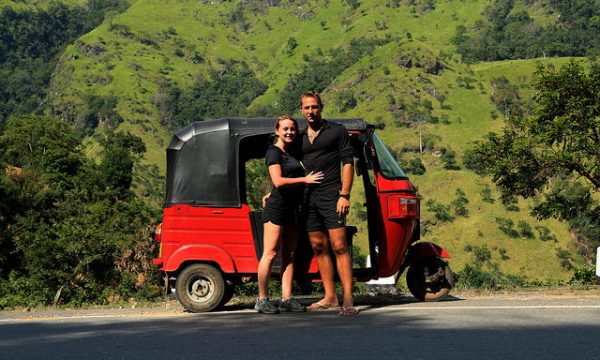 Matt with Leah. “Engaged now,” Matt exclaims. “We actually met on an adventure when I was driving a London taxi around the world so it really has had a massive impact on my life!”

“It was then that all these things that have been going around my head started to suddenly fall into place. I couldn’t sleep for days and after recently losing one of my best mates I decided the best course of action would be to make this idea a reality as life is too short and I would always be wondering ‘what if’.

“The courses began this Summer, it’s taken a while to get up and running and the fact that this is a new concept is always a little hard for people to process but word is getting out and interest is growing by the day. I get contacted by all sorts of people with all sorts of ideas, which is great and another reason I set this up. I haven’t been too rigid with the concept and I’m more than happy to adapt and tailor things as required.” 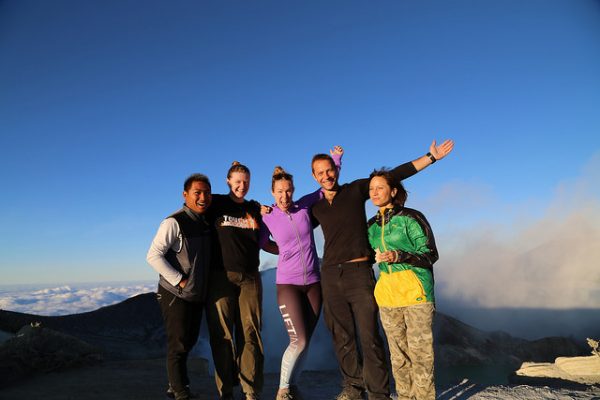 Matt with the August course for his Adventure Academy – on a volcano. 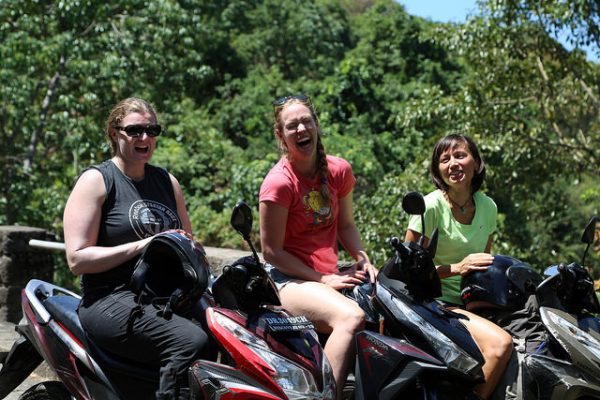 “My dream for the Academy is primarily to get as many people as possible involved in adventure as I think the benefits to individuals and the world as a whole are endless. In the future I would love to be able to work with some of the top decision makers of the world using adventure and also work with the least fortunate on our planet and use the funds from one group to fund the other and then run alternate courses. This will fulfil many of my aspirations, keep things challenging and hopefully make a real difference to a lot of people.” 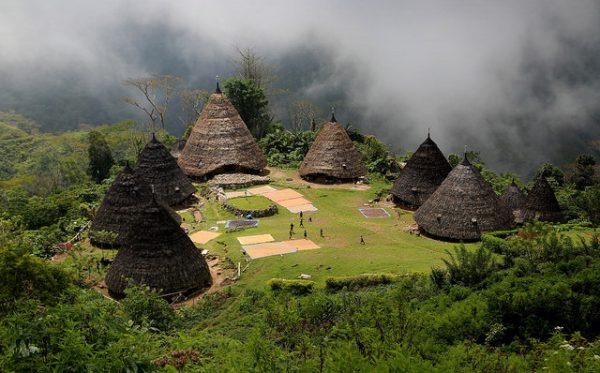 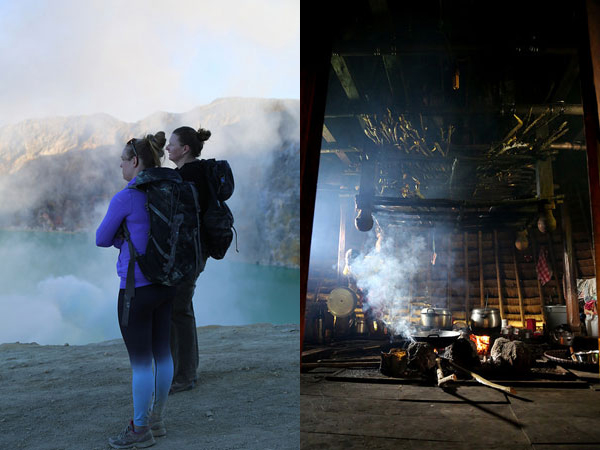 Dan: A lot to do with adventure – and living – all comes down to mindset. Do you remember a particular time when you became so driven to want to get the most out of life? Or was it something you’ve just always had?

“I wouldn’t say it was a specific time in my life, in fact I think I have always had this drive to live life to the full and work hard to achieve what I set out to do, regardless of what that may be. It’s something that runs in the family. The adventure side has definitely developed over the years and even though I have always loved the outdoors, I never planned to pursue it in this sort of way. It was the trip to Mongolia and back that changed everything for me in that respect. It put everything into perspective: what was out there, how the world really worked, who were the happiest people on the planet and where my priorities should lie. This was the spark to how I live my life today.” 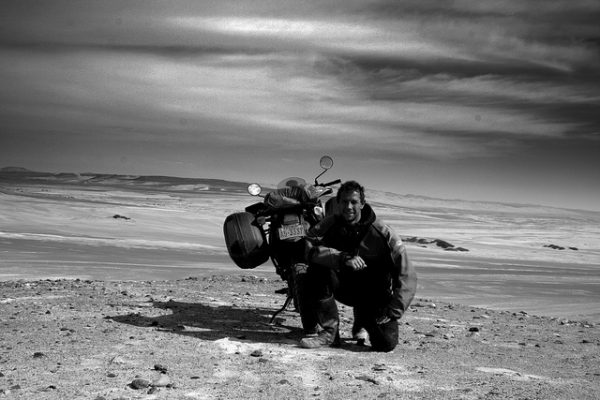 “I think I have always had this drive to live life to the full and work hard to achieve what I set out to do, regardless of what that may be.”

Dan: What else have you got lined up adventure-wise later this year?

Matt: “This year has been particularly busy already with trips to the UK, Sri Lanka, Siberia, Saudi Arabia, Australia, New Zealand, Thailand, Zambia and Botswana so I think it is time to chill out a bit and start to focus on the Adventure Academy and make sure it is fulfilling its true potential. The other two ideas I have will take a lot of planning and behind-the-scenes work to make happen too and so I don’t want to clog the schedule just yet although I am always open to hearing about any new ideas. Just because nothing is planned at the moment doesn’t necessarily mean I won’t do anything. I have been known to be spontaneous at times…”