Squash Falconer on her plans to paraglide off Everest 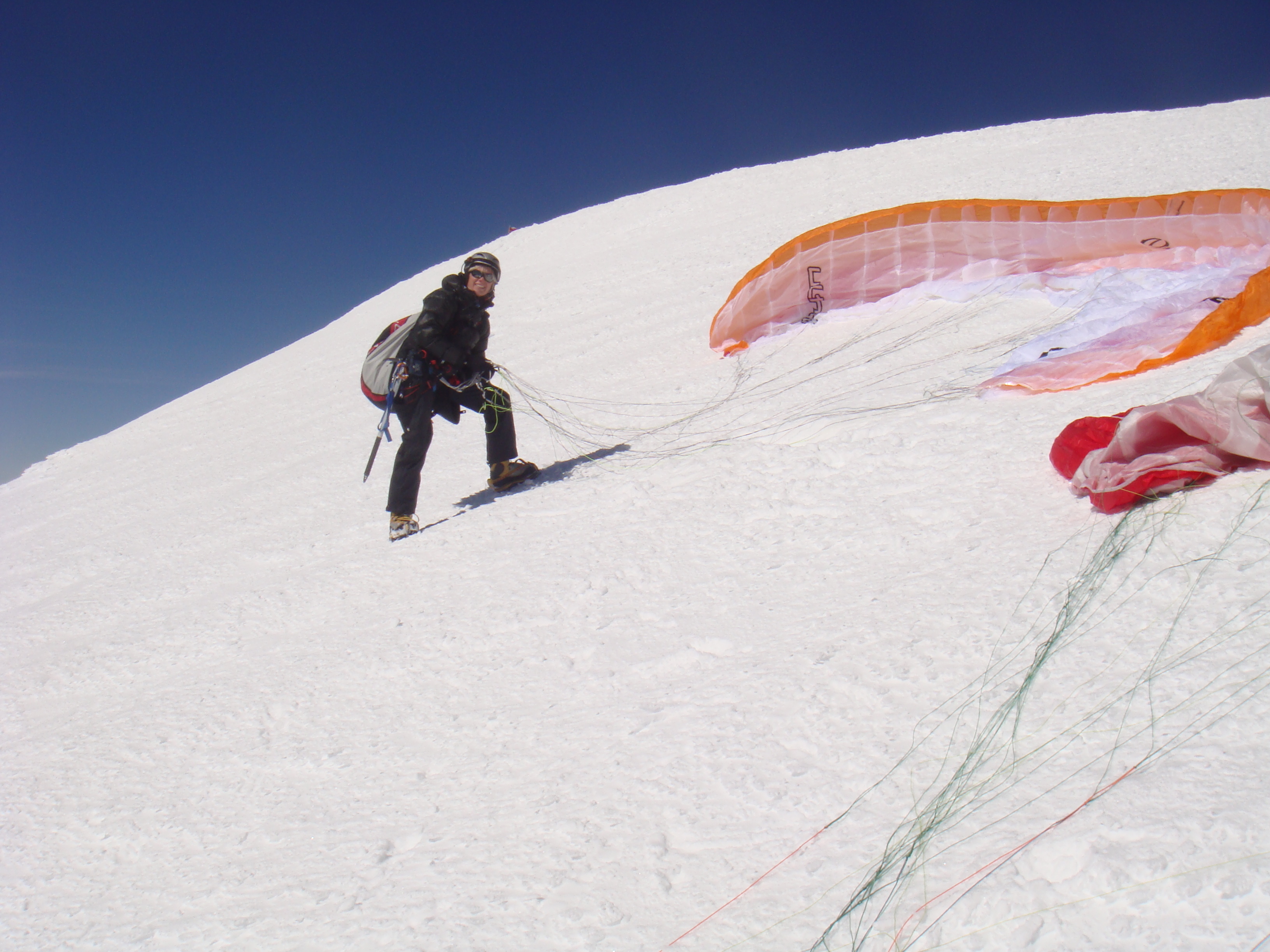 We all know that expeditions and world travel can be harsh and sometimes downright unenjoyable at times but Squash fully embraces the idea that they should also be fun, full of laughter and where possible, made more bearable with clever preparation. On past expeditions she’s found that not all advice is good advice and that just because there’s a set way for doing something, it definitely doesn’t mean that’s how it should continue to be done.

It’s refreshing to see this approach. Squash calls it her ‘Knickers Philosophy’ and it can be applied by men as much as it can by women. On her last expedition she took 28 pairs of knickers saying it’s a real thing of hers to have a clean pair on every day. “If your knickers are right, everything goes right!” she enthuses. “As daft as it sounds, I think people are put off from trying adventurous activities because they don’t have access to the normal day-to-day luxuries, but you can definitely make things more comfortable for yourself.  I totally respect that the non-knicker changing, let’s get filthy approach, is ‘what it’s all about’ however, if you care to be a little cleaner and more comfortable then it can make all the difference between suffering or enjoying.”

And enjoying is high on the list for her trip to Everest this March where she plans to become the first woman to solo paraglide from the summit. She has already climbed Cho Oyu which is only 600 metres lower than Everest. After this an acquaintance said to her, “You’ve climbed Cho Oyu? The 6th highest mountain in the world, that qualifies you to climb Everest doesn’t it? Are you going to?”. It was this that made her think it might just be possible.

A year later, Squash rode her motorcycle (a BMW F650 GS) from the UK to Mont Blanc , climbed it and paraglided off the top. It was only after this that she found out she’d become the first woman to do so. The idea to fly from the top of Everest then came about during a radio interview when she was asked the question “what next?”. 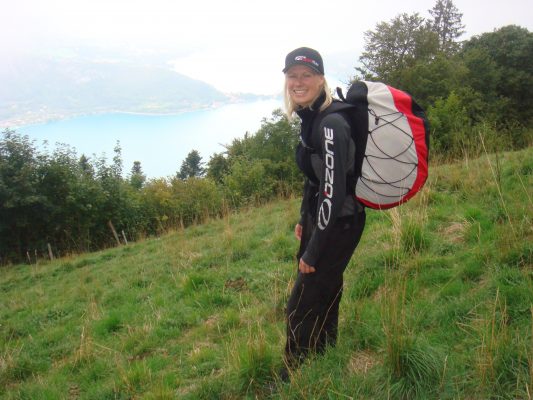 This shows just how small the glider is when packed away

Flying paragliders off the summit of Everest goes back to 1998 when the first man to try it was Jean-Marc Boivin. He launched on 26 September in a gusty 40 km/hr wind and his flight down to Camp II at 19,400ft took just 11 minutes. Other tandem attempts have occurred since with a husband and wife pair, Roche Bertrand and Claire Bernier Roche, launching in a specially designed Ozone tandem paraglider weighing only 5.3 kg from the summit on 21 May in 2001 and then landing on the Rongbuk Glacier.

Ten years later and Squash wants to be the first woman to paraglide it solo. She originally learnt to paraglide with Irwyn Jehu, Mark Hayman and Kath Staniland in Annecy, France in 2006. She plans to launch from the safest place that is as close to the summit as can be and land at Base Camp or lower.

“My flight and landing will totally depend on the conditions,” she says. “But it is important that I try to land on the route or at a camp for safety reasons. If I were to land away from either I then have to get myself back to a camp and that could take hours and be incredibly dangerous.”

Squash is preparing herself with some advanced flying. “Before Christmas I was in Nepal for six weeks where I did lots of flying training in Pokhara and a lot of hiking carrying weights,” she explains. “I have also been in Tignes in the French Alps in recent weeks where I’ve practiced many take-offs and landings. Being able to train at altitude is ideal, especially when walking up peaks with the paragliding kit on my back.”

Squash touches on an important point here. The practicalities of carrying the extra paragliding kit on top of the kit used ‘normally’ to climb Everest must be considered. When asked if she is dreading the extra weight on her back in the thin air, Squash jokes, “I’m dreading carrying anything at all! However, the Ozone harness turns inside-out into a comfortable backpack which I can carry the paraglider in, but because I will also have other kit to carry I might just put the paraglider inside my expedition backpack. I’m going up with a climbing Sherpa so I will have help with some of my kit if I need it. I have tested a few options but I plan to do further testing and modification, if that’s needed, during the spare days that I will have resting at base camp.” 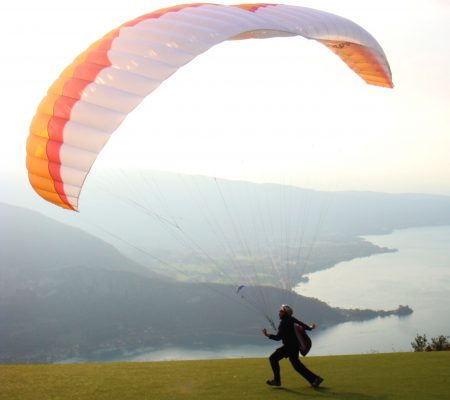 Squash practices some ground handling of the Ozone ultralite paraglider

The actual paragliding kit she will use is a 19m Ozone Ultralite mountain wing and a light-weight Ozone Oxygen harness which has been developed especially for alpinists. The total weight is just 6kg – most standard paragliding kits weigh in at 12kg to 22kg – a fantastic development in paraglider design.

For now, Squash’s focus is on preparing for Everest, but she is also giving some thought to what the experience will be like too.

“I think the magic moment will be landing safely having summited the mountain, taking off successfully and flying down to basecamp,” she says. “Sometimes the magic moments are unexpected though and happen when you are least expecting them. You never know what will happen on an expedition and how it will affect you. On Cho Oyu during the summit push I was almost at Camp III and I looked back and was overwhelmed by the spectacular views, I felt a calmness, a quiet strength inside and it was just a very personal very magical moment.”

Here’s to those magic moments then Squash. We wish you higher, further and funnier. Come back smiling…oh, and wearing clean knickers.